The PlayStation Vita port of Wii game Muramasa: The Demon Blade will be released on June 25 in North America, publisher Aksys Games announced today. Vanillaware's Muramasa Rebirth will also get a limited edition release aimed at Vita owners interested in personalizing their handhelds.

The Muramasa Rebirth Blessing of Amitabha collector's edition will include a copy of the game, a Vita face cover and "system skin" decal from Hori, a black velvet pouch and a framed lithograph featuring as-yet-unrevealed artwork from the game.

Amazon lists the collector's edition version of Muramasa Rebirth at $59.99, a $20 increase over the standard edition of the game.

Vita owners who pre-order the game through GameStop or Amazon will receive an "abridged" soundtrack consisting of five songs from composer Hitoshi Sakimoto. 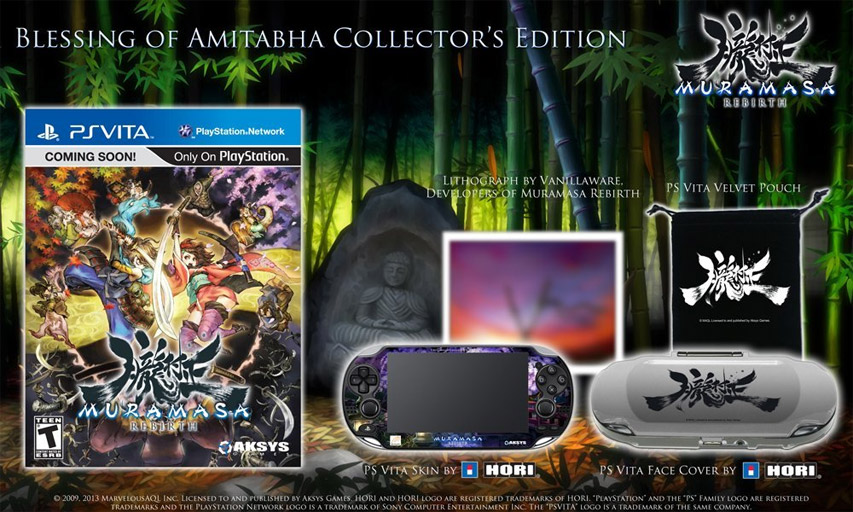