Thomas Was Alone is one of the most life-affirming, humanist games I've ever played — despite a cast of characters composed of rogue computer programs.

Originally released on Mac and Windows PC in 2012 by independent developer Mike Bithell, Thomas Was Alone takes a simplistic world inhabited by two-dimensional geometric shapes and creates meaning out of it. What starts as a red rectangle jumping across small gaps is slowly built into a stirring metaphor for the human condition.

Oh, and it's also a good game. Thomas Was Alone's mechanics aren't complex, but they're enough to carry the experience — and the message.

Thomas Was Alone begins with a cheery British narrator (voiced by comedian Danny Wallace) speaking the title phrase. Thomas, in this case, is a rectangle, an AI who has become self-aware and been given a shape within the abstract computer world where he exists. As Thomas explores his surroundings and solves simple puzzles, he doesn't remain on his own for very long; a growing list of colorful characters join up to help him.

Each new character introduces a wrinkle to the stand-alone levels that make up Thomas' journey. The goal is always to get all active characters from their starting point to an exit, but you'll need to use their powers in tandem to do so. For example, there's a large square that can't jump as high as other characters but has the ability to float on water, while a long, skinny rectangle can double-jump. Sometimes the solution is as simple as stacking blocks on top of each other to create a stairway, but as the game progresses, you'll need to use these different characters in more difficult combinations.

The platforming isn't challenging, but using each character feels good

That doesn't mean Thomas Was Alone is ever difficult, exactly. The game's puzzles rarely left me stumped for long; most can be overcome with a few minutes of brute-forcing all possible solutions. I didn't find joy in any mental taxation from figuring out each room, but more in how those solutions smoothly fell into place. The game establishes a visual language where, say, how stout or skinny each character is plays into the height of their jump, naturally. Even if the platforming isn't challenging, using each character and finding their strengths feels good. 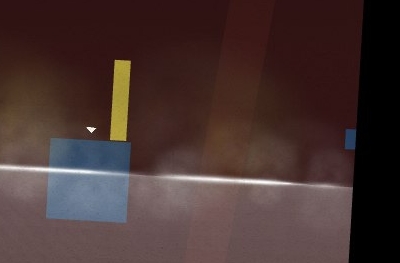 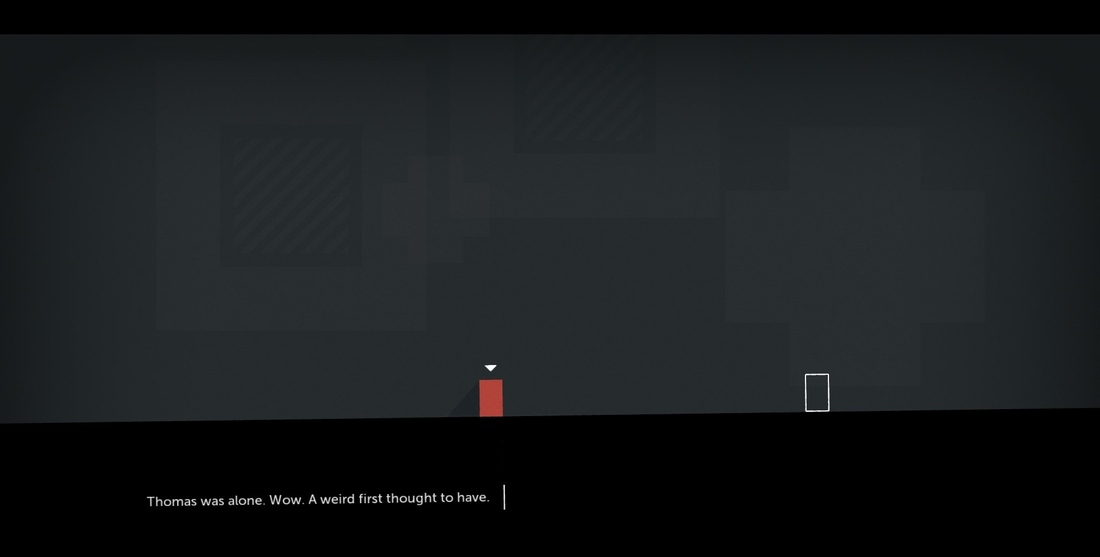 up and to the right

In addition to the Cross-Buy-compatible main game, Thomas Was Alone on PlayStation Vita and PlayStation 3 launched with a new DLC addition titled Benjamin's Flight, which adds two sets of levels and about an hour of gameplay for $3.49.

The most interesting aspect of the DLC pack is titular character Benjamin's jetpack, which gives him the option to fly to great heights. Where the main game's control is limited but well-measured, Benjamin's freedom of movement leads to a certain clumsiness. The level layouts require careful navigation of tight, spike-lined corridors, a task that's more difficult than it should be with the touchy jetpack controls. As in the core game, the DLC levels aren't particularly challenging, but the path to beating them feels sloppier and less satisfying.

Add in a cute but distinctly non-essential prequel plot, and Benjamin's Flight clearly doesn't live up to the main game. It's not terrible, but it's not necessary.

Along with the differences in ability and appearance, each character in Thomas Was Alone has a unique personality built up in a unique way. Going along with the minimalist art style, the game eschews a lengthy, dialogue-heavy script in favor of brief, stark, oftentimes hilarious narration. The narration presents differing worldviews for each AI that match their powers — John can jump farther than any other character, so he's cocky and overeager to show off; Laura serves as a trampoline but has confidence problems, wondering if people are just using her. Thomas Was Alone's sparse writing manages to convey these characteristics without getting bogged down in details and without the need for direct dialogue.

This focus for each character makes it easy to empathize with them. I found the broad traits that define each of them easily associated with people in my life. Thomas and his friends may be AIs trapped inside a computer, but the narration repackages their struggles in terms that fit into the real world. They are figuring out how to get from one block to another, but they're also wrestling with loneliness, body image, freedom (or lack thereof)and their own hopes and desires. 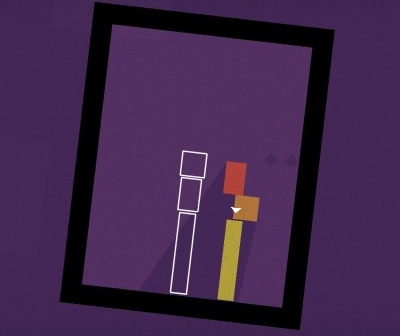 Those topics sound heady and maybe a little pretentious, but Thomas Was Alone's humor nudges the script away from being overly self-serious. Between the jokes, the writing and the soundtrack â which alternates between dissonant scratches and transcendent melodies per each scene â it hooked into my emotions. Thomas Was Alone's gameplay doesn't push any boundaries. But where most games can't make me care about "lifelike" human characters, Thomas Was Alone invested me in faceless squares and rectangles.