At death's door: the dreams and decline of Ambient Studios

Share All sharing options for: At death's door: the dreams and decline of Ambient Studios

Ambient Studios' short life was characterized by false hope. The developer's Kickstarter campaign for strategy management game Death, Inc. lost momentum precipitously after a strong start. The game's success on Steam Greenlight came too late to be of any consequence to the company's solvency.

Even the studios' origins were plagued by instability. Its first in-development project was unceremoniously canceled by its publisher before it even saw the light of day, leaving the team of 11 at Ambient Studios with no work. And subsequently, no money.

"It was a game for the Vita," former Ambient Studios technical director Jonny Hopper told Polygon. "Unfortunately I can't say much about it. It went unannounced.

"That left us with a team and nothing to do, it was all such short notice, really. So we thought, okay that's not cool."

"We thought we could do two small games," Hopper said. "We pitched them around to everyone to see the favorites. There was only one anybody really wanted to do, and that became Monster Meltdown."

Monster Meltdown, a game in which players step into the shoes of a frantic janitor trying to wrangle monsters running rampant in a lab, was released for iOS in March.

But while Monster Meltdown was still in production, the team was searching for its next project. One tablet game alone would not sustain the cash-strapped studio. Artist John Eckersley presented the group with an idea: a twist on the zombie genre where players controlled a horde of the creatures. And the players themselves would be the scythe-wielding scion of decay, Death itself. 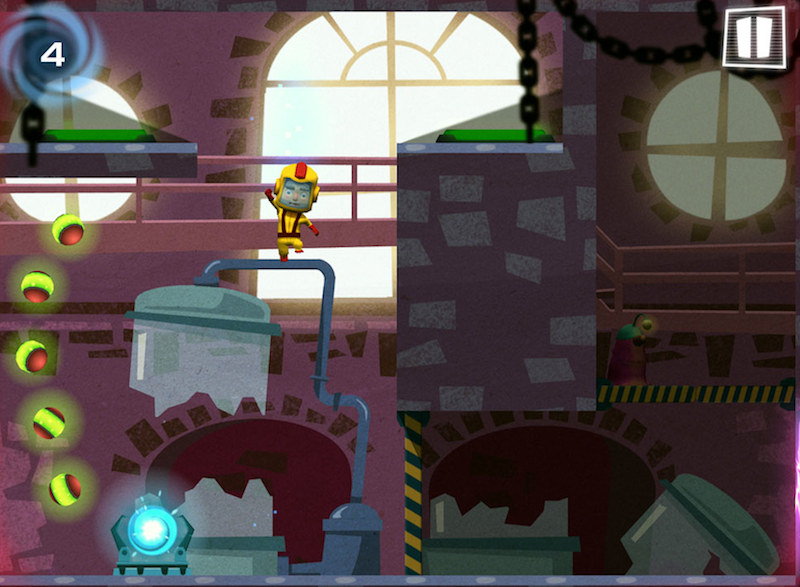 "We liked it, and we thought, how can we make it more interesting?" Hopper recalled. "A zombie-ish mechanic, but in a fresher setting."

For ten weeks, Hopper said the studio was split evenly: half the team finished up Meltdown while the other half built the framework of Death, Inc., a game about the Grim Reaper managing the spread of the bubonic plague as if it were a business venture.

Brokering a deal with a publisher would take time, resources and likely cash the studio didn't have. Publishers they pitched Death, Inc. to were unreceptive. Ambient decided to settle on Kickstarter because it is "the biggest, most credible" crowdfunding site "with a good reputation in terms of breaking out," Hopper said. The team saw Kickstarter as a platform with a strong gaming community and broad reach, making it ideal for a small developer struggling to stay afloat. Crowdfunding and self-publishing was something the team was confident they could execute in a short amount of time.

"We'd just been burned by a publisher, so we were feeling very anti-publisher at that point," Hopper explained. "We wanted to control stuff, and we thought we had a thing that was cool enough that we could raise the money for it on Kickstarter. The problem was we were a small company with not very much cash behind us and the clock was thinking. So we thought, what else can we do?"

The Kickstarter launched in February, with a funding goal of £300,000. It made a little over a third of that amount. But at the time Ambient Studios was unwilling to give up on its fledgling strategy title.

"The problem was we were a small company with not very much cash behind us and the clock was thinking. So we thought, what else can we do?"

"There were a ton of reasons it didn't work, some of which were out of our control," Hopper said. "We didn't have the, 'get a famous person in charge of a project and it's more likely to do well,' we didn't have that."

Another contributing factor, Hopper said, was Ambient's decision to use British pounds for currency. In order to run a Kickstarter through the U.S. division, a company must be registered in the country. But for Guildford-based Ambient Studios, this was logistically and financially not an option.

"We would have had to set up a company in the U.S., and it's complicated and time consuming and we didn't have time or manpower to really do it," he explained. "I do think we would've got more [funding] if it was in dollars.

"Maybe the pricetag was too high," he mused. "We said, what do we need that we know we can make this game with? £50,000 of that was Kickstarter's take and all the rewards and whatnot. So we thought £250,000 is a realistic amount for it to cost with the time we have and the scope. In retrospect, we could have pitched it for less money, but the danger there was we would have raised less money and then be stuck with more promises we couldn't keep. I don't regret that decision."

Hopper added that in many ways Kickstarter is just another publisher. "Crowd publishing," he calls it. 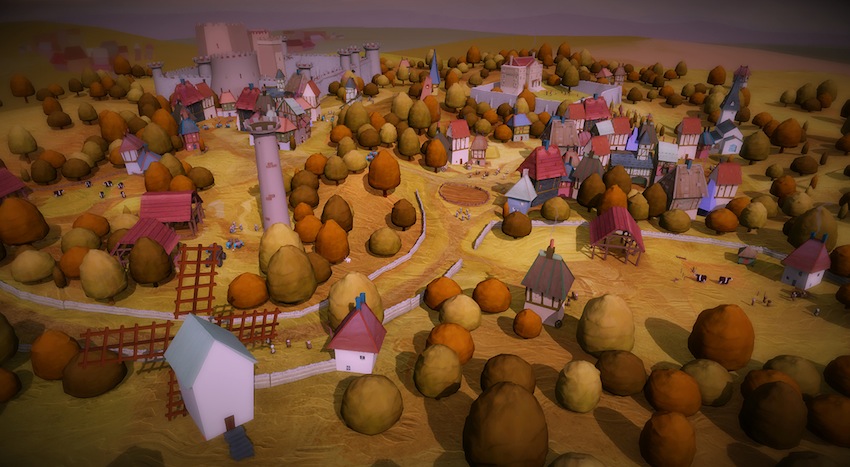 "Maybe it was too niche," he said of the game. "It was a little too wacky in too many areas for people to understand what was going on. People said it was too mental and didn't get it."

Hopper said during the Kickstarter campaign, Ambient Studios began talking to a publisher who seemed "quite interested" in taking on Death, Inc. They experimented with the title on tablets, but it didn't work the way Ambient wanted it to. The team would have had to compromise on graphic quality and scrapped several mechanics in order to cram the ambitious scope of the game onto a mobile device — something Ambient was unwilling to do. The publisher pressed for a Death, Inc. iOS game, and Ambient knew things weren't going to work out.

The failure of the Kickstarter campaign was also not a surprise to the team.

"It was reasonably inevitable, it was unlikely we were gonna make it," Hopper said. "It wasn't a great shock. We could see it coming. People were well prepared for that. We just did what we always did, we tried to come up with a plan, something to move forward."

The team decided to release the game's alpha in a playable form in a last-ditch effort to drum up interest for the game. Death, Inc. was already on Steam Greenlight and gaining traction, but, Hopper pointed out, Greenlight is not a funding option — just a promise of possible money in the future.

The team hoped sales of the alpha version would tide them over until they figured out what to do with the unfinished game, which they still optimistically hoped to release in the fall. But the clock was ticking, and the promise of money somewhere down the line didn't solve the problem of needing it at present.

Ambient knew they had to hand Death, Inc. to the reaper.

"It was a bittersweet pill."

"People asked, why don't you do another Kickstarter, why don't you do an Indiegogo?" Hopper said. "It didn't work the first time, what else could we do? A lot of people were fed up with the idea of doing another crowdfunding campaign, those are a full time job for everyone. We couldn't coast through and repost old stuff, we would have had to do it all again. It was too much to do a second time around."

On April 17, Death, Inc. was approved on Steam Greenlight. On April 25, Ambient Studios announced it was closing its doors.

"We got Greenlit the day before we were going to pull the plug on Death, Inc.," Hopper recalled. "It was a bittersweet pill. We looked at figures, and what we knew we needed, and they weren't matching up. It was a matter of just having to say, we're going to end it. And everyone was prepared for it."

The game and the studio, Death, Inc. and Ambient, were linked; neither could survive without the other.

"The funding for the game was funding for studio," Hopper said. "Unfortunately, there was no money left. We decided we would just close it down and move on. It was a valiant effort and we did some cool stuff, but financially it didn't work out for us. There is only so long you can run a bunch of guys full-time on nothing. " 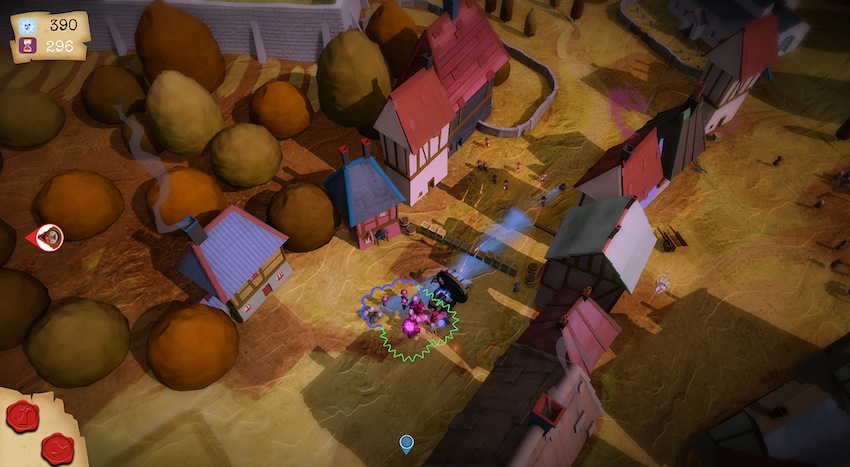 Monster Meltdown is still available in the iTunes App Store and Death, Inc. is freely available for download. Ambient Studios is still working through "really dull legal bits and bobs." What will happen to these titles is part of an ongoing discussion.

But the 11 members of Ambient Studios have all landed on their feet. All have remained within the industry, settling into more permanent jobs or picking up contract and freelance work. Hopper himself will begin as the lead tools programmer at Lionhead Studios at the end of May. He said he wouldn't have gotten the gig if he hadn't worked with Ambient and looks back warmly on his time there, despite the hardships.

"None of us regret having done it," he said. "We managed to fail pretty fast, which is always a bonus, because you don't end up in any serious trouble. We could have dragged this out longer, and ended up in serious personal debt, and then we'd have been in trouble. But we figured out. And we're all still friends."

For now, Death, Inc. is definitely dead. But if the right opportunity presents itself and a publisher decides they want to pick it up, Hopper said, the developers would rise to the occasion. They won't make the game open source "for purely selfish reasons," having put heart and soul into the game and having gone — literally — to hell and back through Kickstarter.

"We worked we really hard and made this thing what we really wanted it to be, and now it's ended," Hopper said. "And we're all okay with that."