Defiance creators look toward next-gen, DLC and TV crossovers after a rocky start

Share All sharing options for: Defiance creators look toward next-gen, DLC and TV crossovers after a rocky start

Trion Worlds is spinning a lot of plates with its MMO-shooter hybrid Defiance, a circus act that has garnered the title no small amount of attention. The game was built on a foundation of promise; a promise that it would stretch across genres, platforms and even media categories.

Regardless of how well those promises were fulfilled, Defiance's post-launch story has been defined by just one thing: Like so many online games before it, Defiance has suffered crippling server performance anxiety in its first month on the market. The past four weeks have seen the game oscillate between states of server instability, from annoying but intermittent server crashes to, in the case of some platforms, several day-long outages. Patches deployed ended up causing more problems than they fixed, leading to maintenance downtime.

Trion Worlds has dedicated nearly all of its developmental resources to fixing that instability, executive producer Nathan Richardsson told Polygon in a recent interview. The studio has reduced the number of server crashes by 80 percent, and anticipates all of its connectivity issues will be remedied soon. Trion's "adventure in troubleshooting and firefighting," spurned on by cross-platform complications and beta underestimations, are drawing to a close, he said.

"It wasn't any single issue," Richardsson said. "It was a lot of little issues that came up. It's sad to say that's normal for online games, simply because — if you look at our beta, it was pretty big, but we still got far more people when we went live. The things at launch we were encountering simply didn't materialize until we hit a much larger scale.

"We've had entire engineering teams on it; this is so important for us that it even holds back the development of the DLCs. This is all we were focusing on, so yes, it will go away."

"The things at launch we were encountering simply didn't materialize until we hit a much larger scale."

Server outages aside, Defiance's post-launch reception has been fairly mixed among critics and community alike. It has its fair share of dedicated players, but their numbers are matched by those turned off by its hesitance to commit to one of the genres it attempts to combine.

Richardsson said that this response was expected at Trion.

"It's called the Marmite theory," Richarsson said. "What we're seeing is we have a huge number of people who really love the game, and others that don't like it so much. The game has an open-world element, a third-person shooter element, but we also have this massive online element as well. What we see is a lot of people find this a refreshing approach, and others maybe expect a more full-fleshed MMO, or they're looking for that Borderlands shooter feel.

"That's what we're seeing both in the reviews from critics and player reviews; people are either enjoying the mix, or it's just not their cup of tea. That kind of polarity we kind of expected." 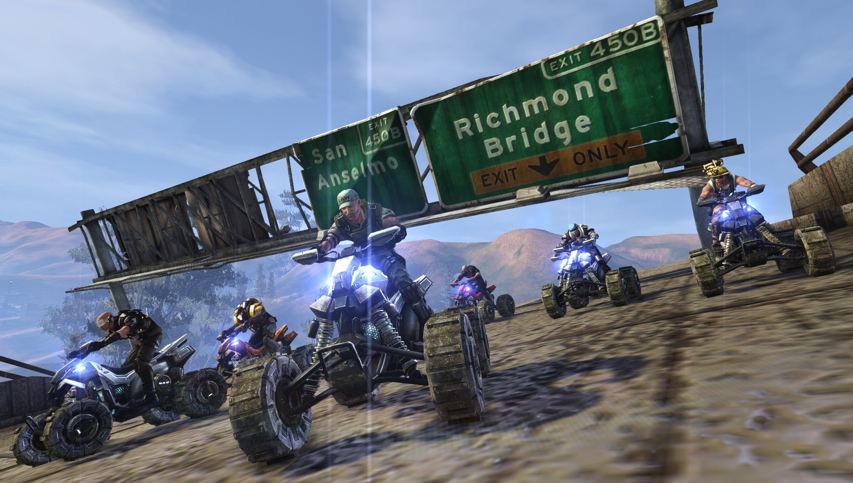 The game has received divisive reviews, but it hasn't been ignored. Trion announced earlier this month that the number of registered players had exceeded one million. By a "fairly wide margin," people are buying the Xbox 360 version of Defiance, Richardsson said, a fact he attributes to the dearth of online games for the console. Last week, Syfy announced that the game's television counterpart had been renewed for a second season, and that its series premiere episode was viewed by nearly four million people.

For Trion Worlds, moving on from launch (and its associated hiccups) has freed the studio up to look to Defiance's future.

"It's all going upwards," Richardsson said. "What we're doing now is, as we have more time now that we're not addressing game server crashes, we're cracking down on major gameplay issues, bugs and stuff like that, and focusing more on the DLC plan we have, which is pretty aggressive."

That plan was revealed last week by Trion: The first "season" of content for the game — a collection with a release schedule roughly lining up with the first season of the television show — will include five DLC packs. Each pack will include free content, paid content and an update to the merchandise available through Defiance's in-game store. Every two months, the development team meets to revise the content of the five expansions. Some elements, like new zones, require too much lead time to change on the fly; but nearly everything else is fair game.

"... people are either enjoying the mix, or it's just not their cup of tea. That kind of polarity we kind of expected."

The division of paid and free content was devised to prevent a division of paid and free players, Richardsson explained. Major pieces of content, like maps and campaigns, can be given to players for free, while specializations like playable races and side-missions can be charged for. Trion hopes to make sales without segregating the different types of players that are playing together.

"We think of that as like, the fundamental thing we're trying to do here," Richardsson said. "We have this open world with thousands and thousands of people playing in the same area; we want them to be beneficial to each other, to enrich their environment. Everything we do should keep people together and playing, rather than doing DLC as expansions which, in the end, just splits up the player base."

Richardsson also said the studio is considering its options when it comes to getting the game on next-gen platforms. The Windows PC, PlayStation 3 and Xbox 360 versions of the game are all essentially the same client running through different code passes; to create a PS4 and next-gen Xbox version of the title might not require the development of a full port.

"At a point in time when those consoles are in the market, we'd very much like to be on them," Richardsson said. "You should be able to continue your PS3 experience on the PS4, and the 360 experience on whatever it is that's coming out. The way we'd do it is, the first iteration would be using the same client that we have. There shouldn't be any need for a port. We're essentially just moving our client between consoles — it's the same client." 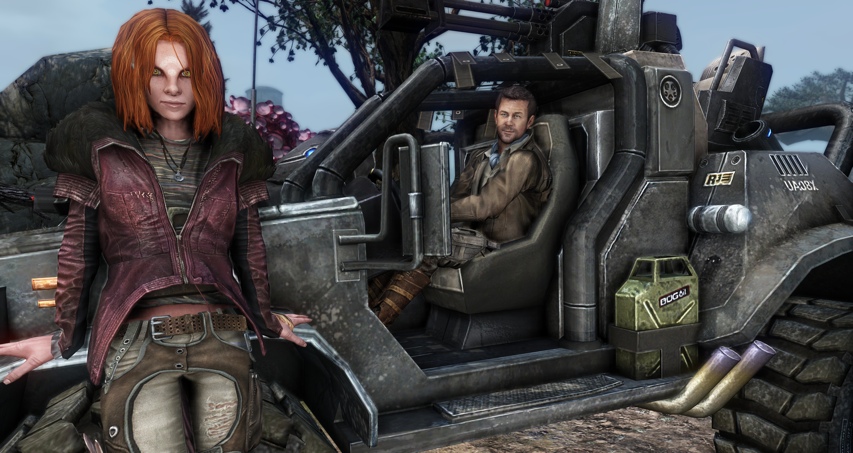 Trion is also exploring new ways to tie the game and show together. So far, the crossover has been largely superficial; television protagonists Nolan and Irisa show up in a few early missions of the game, stealing an item which they use in the series' pilot episode. That kind of synergy will be the norm for season one, but future crossovers could be more substantial; Richardsson gave one example in which the victor of an in-game war between player-controlled factions would be reflected in the plot of Defiance's second television season.

The goal of the franchise is to provide an additive experience to those who both watch the show and play the game, while not leaving those who do one or the other out in the cold, narratively speaking. Based on early response, Richardsson said, the exercise has been a success.

"When players do watch the show and play the game, and get more context, it makes it all much more meaningful," Richardsson said. "We knew that was going to happen, that was our theory, and right now we're seeing that materialize. But that's a really difficult sell, to say that before it happens.

"That's the concept of Defiance as a whole — it's a difficult value proposition to sell simply because it hasn't been done on this scale before," Richardsson said. "Of course people are skeptical. But the only way to really sell it and show it's done is by doing it."