4A doesn't seem to know when to quit piling more on its plate — but while the end result isn't always graceful, it's absolutely memorable

Metro: Last Light has eyes that are often bigger than its appetite.

In Metro 2033 (released in 2010), this eagerness was a liability leading to frustrating, obtuse scenarios about as often as it led to fresh, perfectly-paced levels. With Metro: Last Light, developer 4A Games has found a more successful (and more impressive) balance between what it wants and what it can actually achieve.

Metro: Last Light is an achingly ambitious game, which shows in the length and breadth of its journey — and as with Metro 2033, this is reflected in its technical problems as well. 4A doesn't seem to know when to quit piling more on its plate — but while the end result isn't always graceful, it's absolutely memorable.

Metro: Last Light expands the world of post-apocalyptic Moscow introduced in Metro 2033. Humans have been driven to the subway tunnels to escape a surface scarred by radiation and populated by vicious, mutated animals. At the end of the last game, protagonist Artyom used a newly-recovered missile silo to wipe out a mysterious race of psychic beings known as the Dark Ones. Last Light finds Artyom wracked by guilty nightmares until he discovers that a single Dark One survived the attack.

The end goal is set early on, but Last Light's plot swerves again and again right up to its last hour. Life in Metro exists within the delicate balance of four factions — the capitalist Hansa, the communist Red Line, the fascist Reich, and the neutral Rangers — and once again, Artyom interacts with NPCs from all sides throughout his journey. But there's more character here — and more nuance — than there was in Metro 2033. Some characters enter as cartoon villains, but Metro: Last Light manages to elicit real sympathy toward many of them by the end. You never quite know who to trust in Metro, but more interestingly, you never quite know who to hate. 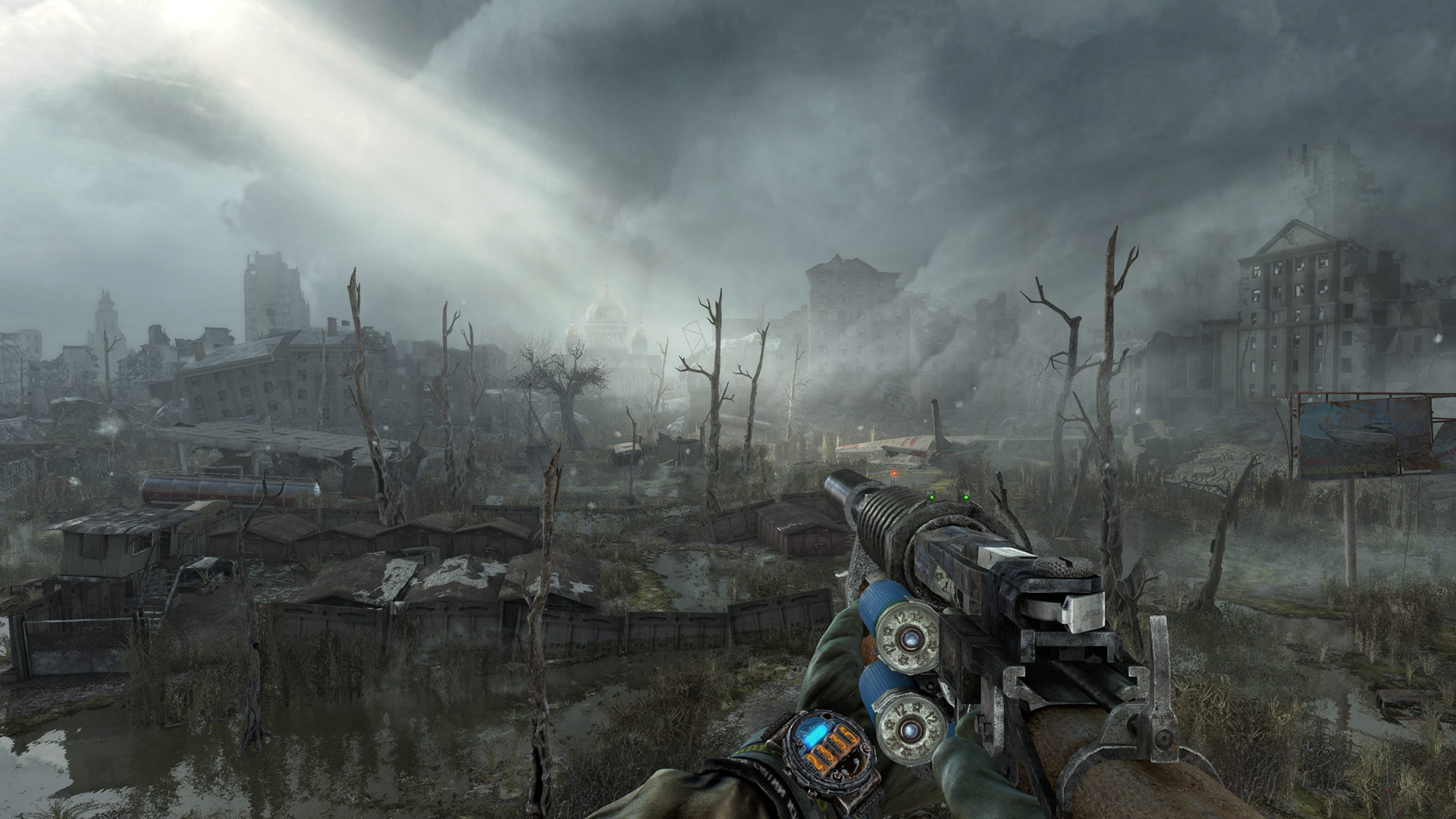 That subtlety only goes so far in a shooter, of course. For every well-developed recurring character, Artyom will mow down (or at least knock out) dozens of nameless enemy soldiers. Artyom has a huge arsenal of guns to choose from, each with its own collection of potential attachments, which can be bought — though not for cash.

The economy of bullets established in Metro 2033 returns in Last Light. In the supply-starved metro underground, military grade bullets are rare, powerful and traded as currency, which can be used to upgrade your weapons. But Last Light squanders this intriguing economy's potential by making standard, non-military grade ammo abundant and attachments mostly boring. The shooting is fine without this system, though. The guns feel strong, and each weapon has trade-offs that make it difficult to pick a favorite, as everything feels useful.

Amongst the despair, violence and bloodshed of a radiation-ravaged Moscow, Metro: Last Light also finds room for a little bit of sex. Two short but bizarrely tone-deaf sequences in the game — one optional, one not — feature full-on female nudity, including a graphic lap dance. Both instances of sexuality in the game are brief enough, but they felt awkward and out of place. 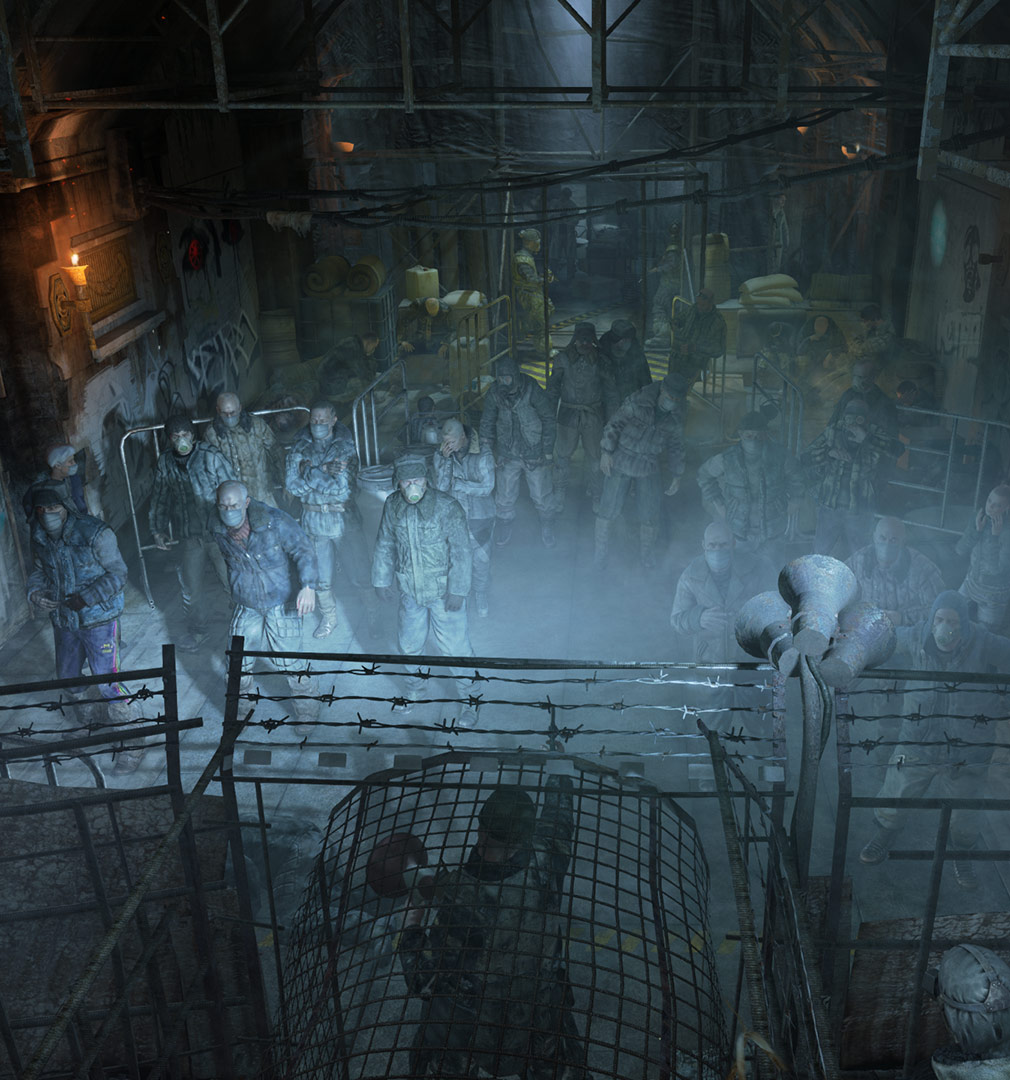 While the implied scarcity of Artyom's reality doesn't hold up to scrutiny, Metro: Last Light at least pays lip service to his frequently-expressed anxiety over the killing he's done; you have the option to stealth through any human-patrolled areas, knocking enemies out rather than ending their lives. Stealth was also an option in 2033, but it's much friendlier here. As long as you're in the dark, most bad guys won't notice you from even a foot away. Their poor eyesight may shatter any suspension of disbelief, but it works wonders for the game. I felt like a ninja crawling my way through rooms, unscrewing lightbulbs and — in keeping with Artyom's conflicted character — killing as few enemies as possible.

Stealth is a viable option throughout Last Light

That flexibility is Metro: Last Light's greatest asset. The first few hours follow a very linear path, forcing you to wait for NPCs to open doors and let you know where to go, but as things open up, each level becomes distinct in feel and goals. And somehow they're more or less all successful beyond that slow start. Last Light manages to be fun at everything it attempts — corridor shooting, stealth gameplay, big action set pieces, atmospheric horror and more. And Last Light owes much of that to the world 4A has built.

Last Light breathes life into the colorless tunnels of the post-apocalypse — from the unsettling ordered nature of a Reich military camp to the eccentricities of the metro's theater zone to creepy catacombs that have been undisturbed by humans for decades. Each new location builds its own story organically, through incidental dialogue as you pass by NPCs, bodies that litter the ground and (sometimes literal) ghosts haunting every room. It's a harsh, devastated world but one that compelled me to return to uncover its history.

Those return trips to the metro weren't always as smooth as I wished. 4A Games continued work on its proprietary engine for Metro: Last Light, and while it looks gorgeous most of the time, I ran into a number of frustrating tech problems on the PC. Even with my decently outfitted rig — with an Intel Core i7, Radeon HD 6950 and 8GB RAM — certain levels brought my framerate to a crawl and even caused full-on, blue-screen-of-death crashes (Editors note: I experienced nearly identical framerate issues on a Core i7 3770 system with a 7970 and 16GB of RAM, with PhysX disabled — Arthur). The frequency of these issues was lessened by turning off the Nvidia-friendly Physx option (which was annoyingly set to on by default), but problems continued to pop up even on lower graphics settings, especially in some of the larger surface levels near the end of the game.

4A Games has built a strange, complex world with Metro: Last Light. It's a grim vision of the future that still inspires hope. It's a hand-wringing, apologetic shooter that offers great gunplay alongside more peaceful options. Last Light has every opportunity to be bloated and inconsistent, but it never succumbs to the pressure of its own expectations — and that's worth tolerating a few frustrating technical hiccups.

Our review of Metro: Last Light 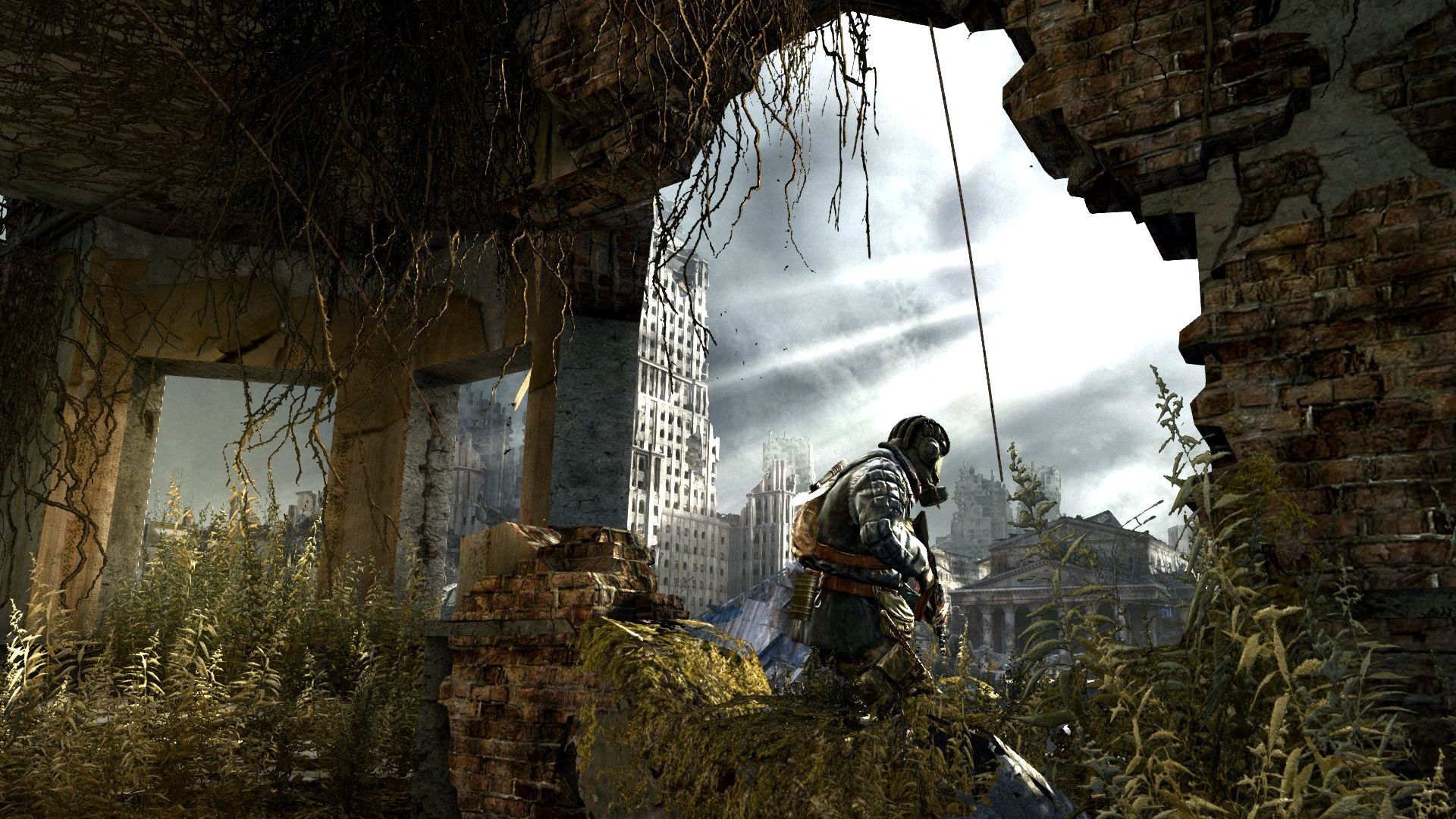