Learn the history behind the rise of pirates in Assassin's Creed 4: Black Flag

Share All sharing options for: Learn the history behind the rise of pirates in Assassin's Creed 4: Black Flag

Assassin's Creed 4: Black Flag takes place in the early 1700s, during the golden age of pirates, and a new video from publisher Ubisoft sets the scene with some historical context.

France, Great Britain and Spain had spent decades carving up the New World, establishing colonies and harvesting the region's bountiful resources, but by 1713, the nations had agreed to a truce through a number of treaties. The period of relative calm was shattered by English sailors who, having become disenchanted with the meager opportunities afforded to them by their king, chose the pirate's life instead.

Black Flag protagonist Edward Kenway navigates the murky waters of the era as he travels around the Caribbean and its eclectic mix of peoples and cultures. The game will feature notable real-life pirates including Blackbeard, and Ubisoft will release a collectible figurine featuring the legendary captain standing in Mayan ruins. The figure will be available for purchase in the U.K. in October. You can see an image of it below.

Assassin's Creed 4: Black Flag launches Oct. 29 in North America on PlayStation 3, Xbox 360, Windows PC and Wii U. It will also be available on PlayStation 4 and "other next-generation consoles." You can head to the game's Tumblr page for much more on the history of the pirate age. 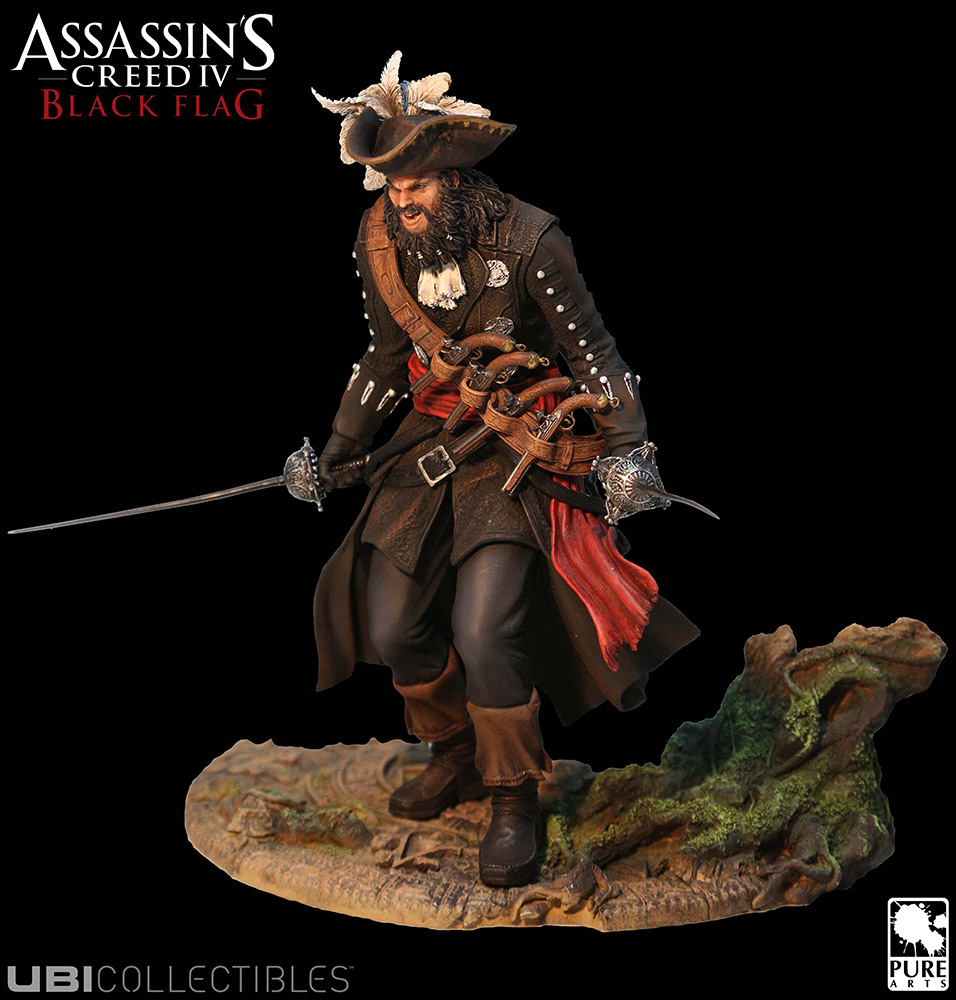