Electronic Arts bucked the naming trend of its Madden NFL series for 2013, calling this year's title Madden NFL 25 to mark the franchise's 25th anniversary, and the company is further celebrating the milestone with a special edition of the game that is exclusive to Amazon.

The Madden NFL 25 Anniversary Edition, which will be available for $99.99 at Amazon on Xbox 360 and PlayStation 3, includes a copy of the game as well as exclusive content for Madden Ultimate Team, the series' popular digital trading card mode. Anniversary Edition buyers will receive 17 special Ultimate Team packs of cards, one for every week of the 2013 NFL season, with each pack containing two rare players, four silver players and four bronze players.

But the real draw of the Anniversary Edition for football fans comes in its special offers for DirecTV's NFL Sunday Ticket service, which allows subscribers to watch every out-of-market NFL game on Sundays during the season.

DirecTV non-subscribers can sign up with a promo code for $10 off each month of service for their first year, as well as a free full-season subscription to NFL Sunday Ticket Max. As the higher of the two tiers of Sunday Ticket, Max usually costs $299.95 for the five-month NFL season; Max also enables access through the NFL Sunday Ticket app on PlayStation 3.

Madden NFL 25 launches Aug. 27 on PlayStation 3 and Xbox 360. You can check out the PS3 box art for the Anniversary Edition below; it will be available for pre-order on Amazon this Friday. 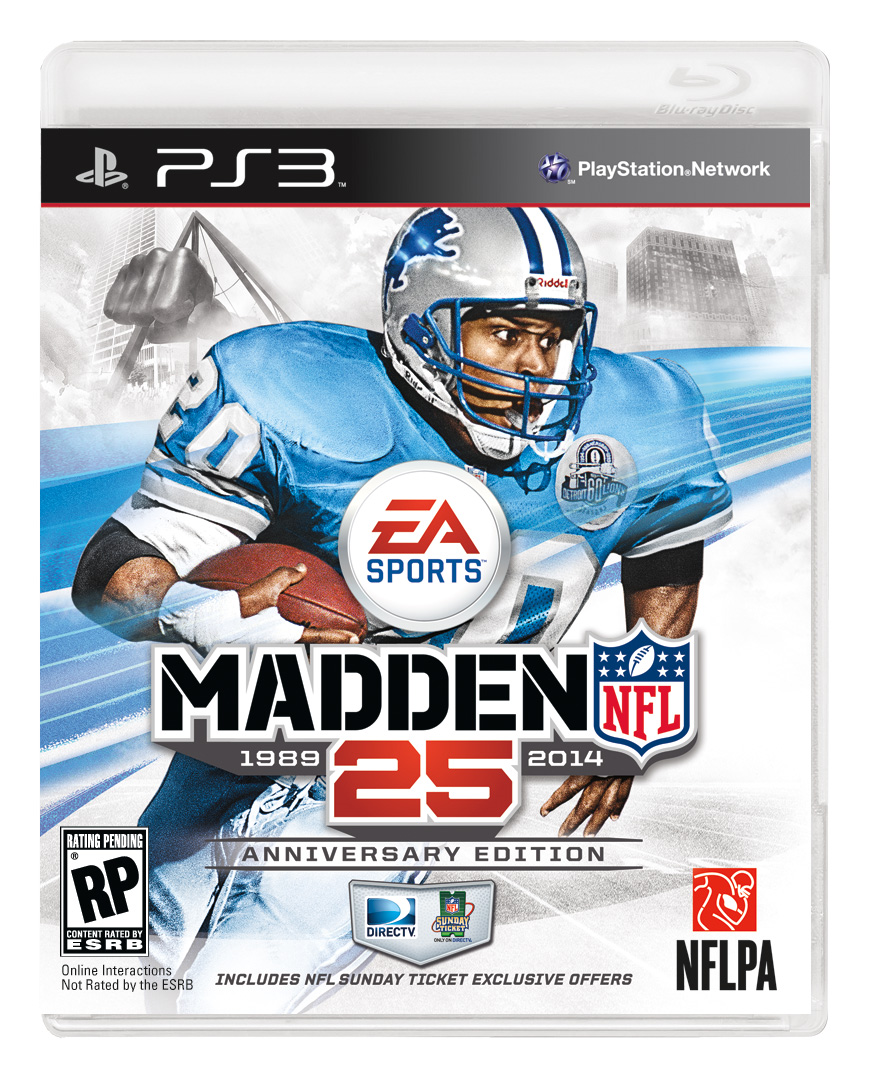