Nintendo and The Pokémon Company are teaming up for an Eevee-themed Nintendo 3DS XL that will be available exclusively in Japan starting June 22, the companies announced today.

The unit's availability will truly be limited: It will be sold only at Pokémon Centers, the Japanese retail stores for Pokémon merchandise, and Pokémon fans looking to buy it will have to enter into a lottery from today through June 3 in order to have a chance. Pokémon Centers will be selling the Eevee 3DS XL for 18,900 yen ($184).

This 3DS XL is part of The Pokémon Company's celebration of the 15th anniversary of the Pokémon Center retail establishments, the first of which opened in Tokyo and Osaka, Japan, in April and November 1998, respectively. Eevee is one of the original 151 Pokémon. You can check out an image of the front and back of the unit below. 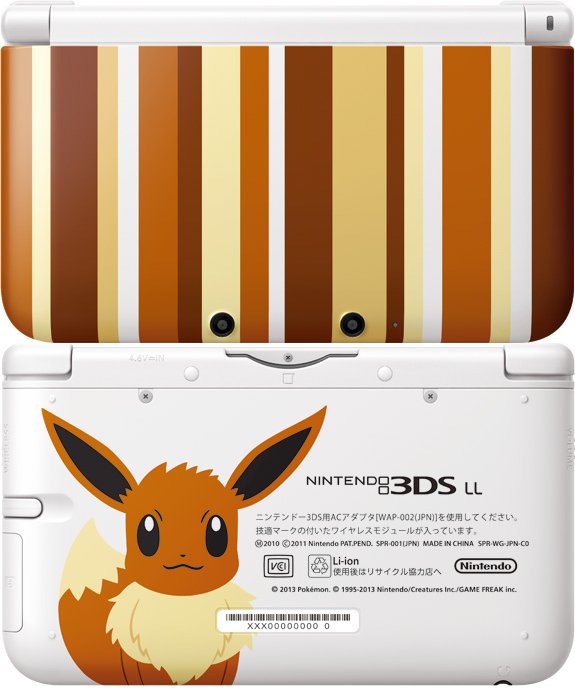