Share All sharing options for: Capcom hopes to balance nostalgia and modernity as it revives its back catalog

Many of the titles in Capcom's library of 2D fighters have seen enhanced digital re-releases over the past year, with compilations like Darkstarkers Resurrection and its Arcade Cabinet series featured prominently in its lineup at any given time. Recently Capcom has shifted focus to another section of its back catalog — its action games.

The challenge in remastering older games is less a technical one and more of an emotional one. An HD remake may look pretty, but a delicate balance must be struck: games must be preserved as they are but new features should be added that are compelling enough to reach a newer, likely younger audience.

"Our first intent is basically trying to take a game a lot of people remember from their childhood and bringing it to life in a new way," senior product manager Matt Dahlgren said, speaking of the company's recent announcement of an HD DuckTales remake.

"We really want to invoke that nostalgic feeling behind things, but at the same time, we are are trying to extend that to more gamers," he added. "And DuckTales is a game that anyone can get into, it's pretty easy to understand the basics around it." 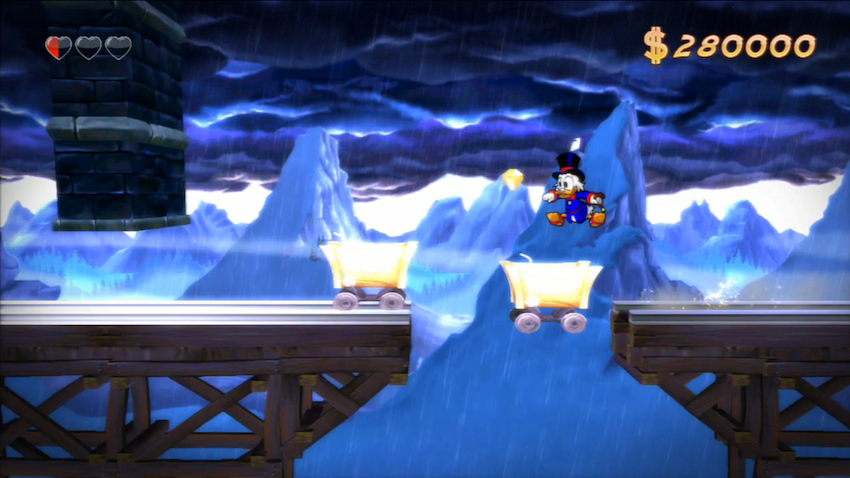 Dahlgren said reception to the remake's announcement has been "pretty astounding," and the positive response exceeded Capcom's expectations. The stars may have aligned correctly, or perhaps the pull of nostalgia was stronger than initially thought.

"At PAX it was pretty awesome to see people sit down at the [DuckTales] station and watch their faces just light up when they played it," he said. "It was like they didn't anticipate it at all."

Earlier this year vice president Christian Svennson wrote on the Capcom Unity forums that the company would "slow down" re-releasing older fighting games. When asked if Svensson's statements were true, Dahlgren added Capcom is beginning to look more deeply at its library "across the board," drawing out titles at popular request and what they believe will fit the current market — with action and platformer games like DuckTales coming to the forefront.

"I would say DuckTales was just the right place at the right time," he said. "That's not to say we're going to constantly do 8-bit games now, either."

Another recent title in the company's remastered lineup is Dungeons and Dragons: Chronicles of Mystara, which includes two of the series' titles: Tower of Doom and Shadow Over Mystara. According to Capcom's associate manager of global marketing relations Dan Pantumsinchai, these 2D side-scrolling brawlers were two of the most-requested for a remake by the Dungeons and Dragons community. 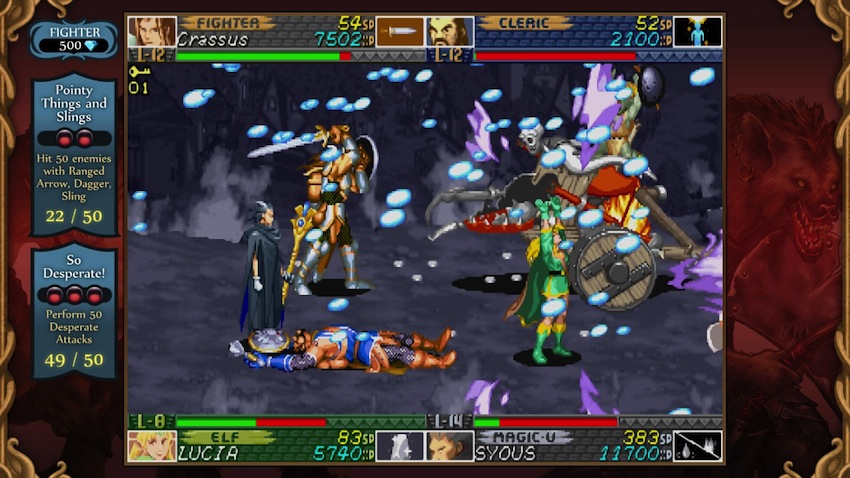 "A lot of people feel these games are the pinnacle of this genre," he said.

"When we were going back through our titles, we thought it was a good time to bring these games back and reintroduce them, not only to the new generation but to the older gamers to get them involved and help them relive their childhood in a way," he explained.

Pantumsinchai noted that not all gamers share the same nostalgic feelings for the games; not all of them have memories of spending time with their friends in an arcade, pumping quarters into a machine. Capcom recognizes that its entire audience won't be drawn to the remakes in the same way, but it's those gamers the company is hoping to bring into the fold with the remastered editions. In order to do so, Capcom has added a score of new features to the titles, including in some cases the ever-present online multiplayer component featured in so many modern games.

As technology advances, so do games and the mechanics they employ; and as developers obtain the tools to make better games, gamers' tolerance for difficulty, glitches and what can be considered "broken" has also changed.

"We want to be able to bring back the original experience but also make [these games] appealing to the modern day gamer."

"We're trying to make the game more modern for this age of gaming," Dahlgren said. "Things that were acceptable back in the 8-bit era aren't really acceptable nowadays, like jumping down pits randomly to find treasure and just killing yourself repeatedly. Now, in those areas where there are secrets we put tiny hints, like maybe a vine reaching into a pit.

"As technology advances we have to adapt, and figure out ways to use it a better," he added. "I think that the people that grew up in the 8-bit era have a very different style of gaming than nowadays.

"I remember back then you'd just get a game, and sometimes it would just be broken, and you'd still just try it out because everything was just being invented. Now they've got the formula down and then can make things easier on players."

Chronicles of Mystara features upscaled graphics, additional filters and visual tweaking tools. Players can switch screen filters and viewing modes to make their television or computer screen look like an arcade cabinet, and can make the images as crisp or grainy as they please. The game can be played in widescreen, stretched to fit the whole screen or in a psuedo-arcade cabinet view that frames the action on a smaller in-game screen.

Online multiplayer has been added and beefed up with tools allowing players to customize how they play. Players can create their own parameters in the House Rules section, and can build their own survival or challenge modes based on their own rule sets. Rules, such as making enemies harder or doubling the amount of loot drops, can be stacked on top of one another to ramp up the challenge. These rules can be taken online for the game's drop-in-drop-out multiplayer or played solo

"For a lot of gamers nowadays, playing with their friends online is an important part of the experience," Pantumsinchai said. 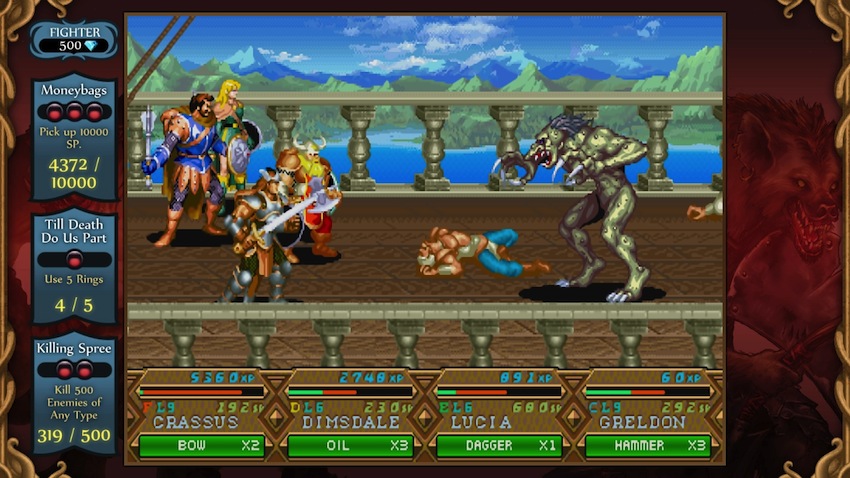 Mystara also includes challenges that pop up on the side of the screen as you progress through the game. Mini-missions, like killing 100 of the same monster type or collecting a certain number of items, will reward players with Vault Points, an in-game currency allowing them to unlock designs, artwork and other bonus content.

"It gives players something else to work for other than just playing through the main game," Pantumsinchai explained.

Pantumsinchai added that bringing in younger gamers, those without the old-school arcade experience, are who Capcom is tweaking their titles for.

Pantumsinchai and Dahlgren said they can't comment on what other remakes Capcom is bringing down the pipeline, because they haven't necessarily been chosen yet. As a resurgence of nostalgia floods the markets, and high-definition re-releases like Castle of Illusion Starring Mickey Mouse make headlines alongside AAA titles, it's all a matter of observance. Capcom will see how Dungeons and Dragons: Chronicles of Mystara and DuckTales Remastered fare after launch, and take things from there.

But if Capcom were to choose its next remake based on popular fan request, the "what could possibly be next" question is obvious, Pantumsinchai points out.

"People are clamoring the most for Alien vs. Predator."