Pointe shoes and Pokeballs: how one choreographer brought Pokemon to life through dance

Share All sharing options for: Pointe shoes and Pokeballs: how one choreographer brought Pokemon to life through dance

Andrew Plotner began dancing his junior year in high school after he fell for a girl who loved the art. But, as Plotner says himself, he ended up liking dance more than he liked the girl, and a passion was born.

Plotner, who will graduate this weekend with a BA in Chemistry and Dance from Creighton University in Omaha, began choreographing his own routines when he entered the college. His projects ranged from a Michael Jackson-inspired number, to pieces set to the music of boy band NSync and based on heavy metal musician Nikki Sixx's years in drug addiction.

But perhaps the most challenging, demanding and fun of Plotner's pieces is a 30 minute ballet retelling the story of Pokemon Red.

"I got into Pokemon right when it first came out," Plotner tells Polyon "My friends and I would get the cards and go out onto the public park right by school and spend recess trading, until our school banned the cards. So we brought our games to school and played that way."

Plotner moved away from the games when he started college and his schedule became a blur of science and dance. But as he was browsing YouTube one evening he discovered The Complete Kanto Symphony, Braxton "Skotein" Burks orchestrated remake of the original Pokemon soundtrack.

"I remember as an eight-year-old, my mother told me, ‘Pokemon is just a phase, it's just a phase!'" Plotner stops to laugh. "And I said, ‘No I will love it forever, I swear!'" 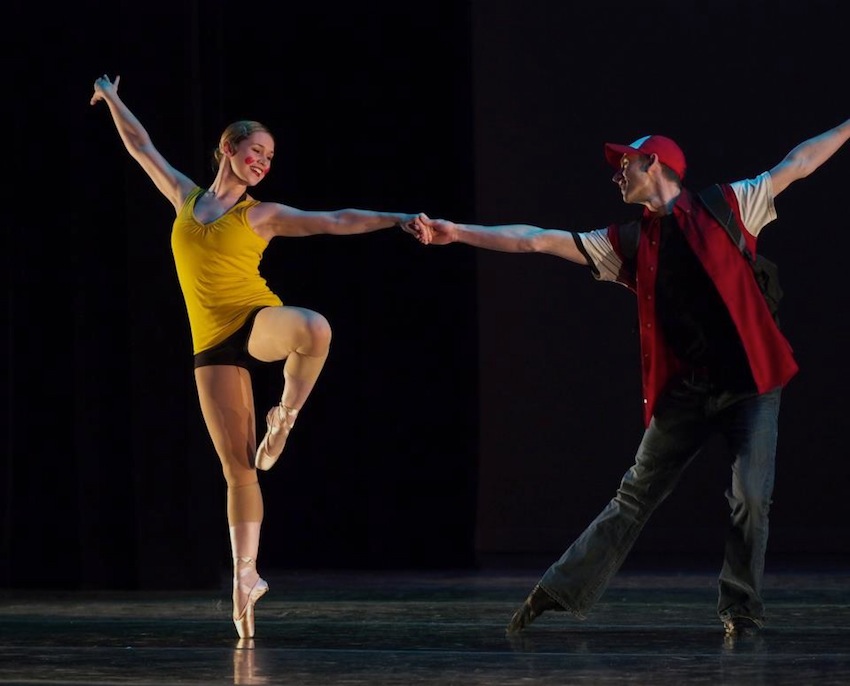 That love is evident in Plotner's ballet. Through the school's licensing program Plotner was able to use Banks' music for a performance to be included in the dance department's spring show. Plotner was beginning the final stretch of his senior year, and was itching to make a Pokemon piece happen.

"I've been wanting to do a Pokemon dance for a while; it was mainly one for Lavender Town I wanted to do," he says. "Then I thought, I'll just do a whole ballet."

Plotner notes Creighton's dance department is a small one, which allowed him the creative freedom and gave him the resources to make the Pokemon ballet happen. This would have been impossible at a big arts school, he says, and he was lucky the program's faculty were on board with the idea — one, Professor Patrick Roddy, even played Professor Oak in the ballet's opening sequence.

Plotner's original plan was to do Pokemon Yellow or follow the plot of the anime's first season, but he had to settle on the Red and Blue versions due to the number, and gender, of the dancers available to him. 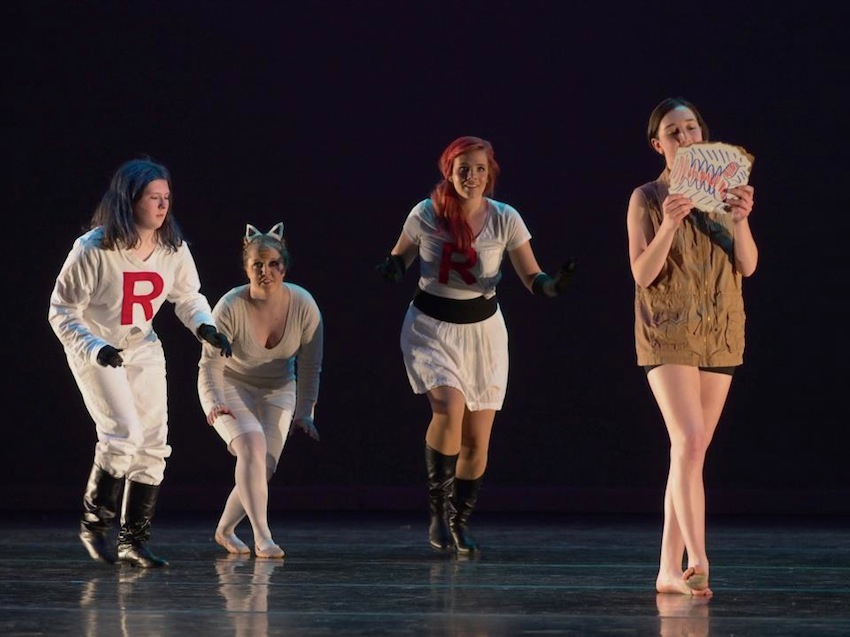 "I wanted to do Pokemon Yellow, and the reason why was I knew I wanted my friends Emily and Gavin to be Red and Pikachu," he explains. "I knew I wanted them in my piece, and Pikachu is sort of the iconic Pokemon everyone knows. You see him and you know you're looking at Pokemon, so I chose Yellow as the game to go for.

"Unfortunately I didn't have enough people to make the manga or the anime storyline come to life," he adds. "I wanted 36 people to do the video game version and I was only able to get 23, so there was alot of mixing and matching of genders between people. And after all was says and done, I just couldn't get any more guys."

Most of the dancers in Plotner's ballet were just "college kids taking credits," he notes, but they were all Pokemon fans eager to participate. When he asked the most advanced dancers at the junior and senior level, Plotner says they cited packed schedules and declined the invitation. So he attended dance classes at local studios and recruited a handful of excited teenagers. His youngest dancer was his Cubone, a 12-year-old student of one of his dance teachers. 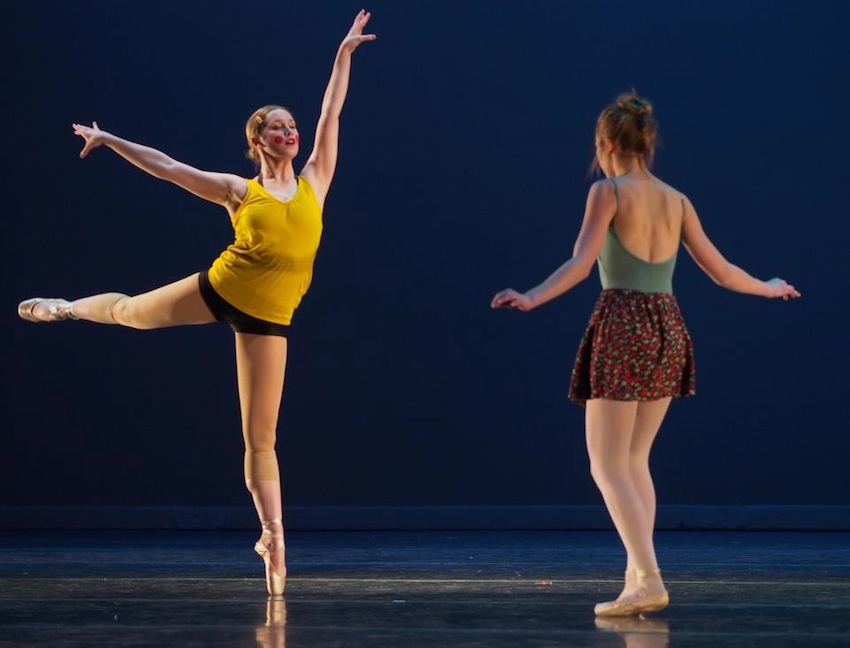 Initially Plotner wanted to only choreograph and remain offstage, but the lack of available male dancers made his participation necessary. He joined his friends on stage as Blue, our hero trainer's childhood rival.

Costumes like the Team Rocket getup and some of the Pokemon outfits were hand-made, while the rest were thrown together as best the group could on a non-existent budget. The university didn't pay for any part of the production, so all expenses were out of pocket. Lighting was done by the school's students of lighting design — who were also Pokemon fans and jumped at the chance to participate.

"Unfortunately the camera didn't pick up a lot of what was happening with the lights, but when Pikachu attacked there was a flash of lightning," Plotner says. 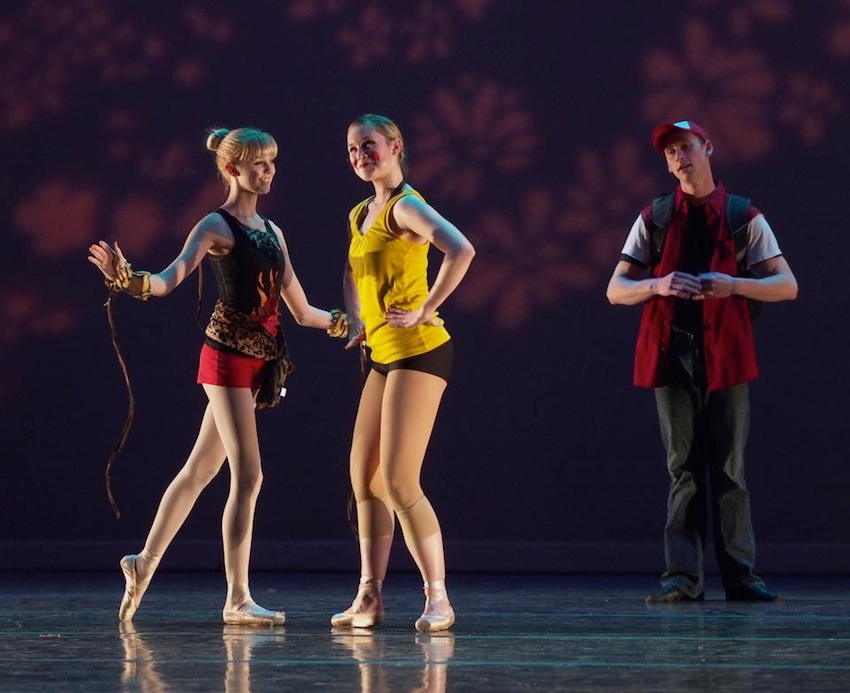 Plotner finished choreographing the final four dances of the ballet — the evolution scene, Cinnabar Island, the battle against the Elite Four and the final showdown between Red and Blue — the week before the show opened. Regarding the Pokemon evolution scene, due to a costume mix-up a girl cast as a fossil Pokemon transformed into a fire one — something that doesn't happen in Red.

"The YouTube community is very smart though," Plotner says. "They interpreted it as Eevee getting a Fire Stone and evolving into Flareon. It wasn't what I was going for, but it makes sense!"

When deciding what movements to use for which Pokemon and trainers, Plotner sas he and his friends Gavin and Emily —Red and Pikachu — would get together, drink wine and listen to Skotein's symphony. From there they would discuss what movements would work with each Pokemon and how it would fit with the music. For Pikachu he knew he wants lots of turns, jumps and wide hand movements. Pidgey would have flowing arm movements and move her feet very quickly, making her glide across the floor. Metapod would be stoic and bouncy. Trainers would also have their own movements: Misty would have lots of swirling movements that invoked water, Lieutenant Surge lots of turns due to his affinity for electric Pokemon and Koga would be ninja-like. Plotner took care in marrying the movement of each Pokemon type to the dance moves they would perform, translating their elemental power into the fluid, physical grace of the dancers.

For essential points in the storyline, Plotner consulted the website Pokememes, a gathering of inside jokes from the series. This led to the addition of the bicycle segment and the appearance of Missingno. Several ideas didn't make it into the final ballet, he says. 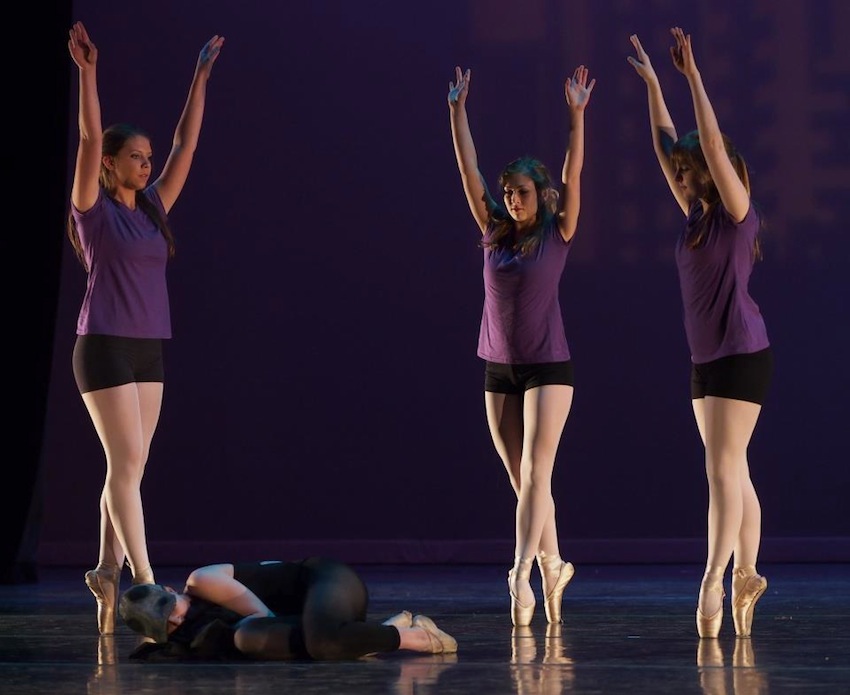 "One was, during the Mt. Moon music, when Red and Pikachu are walking out and they see something and they run, originally we were going to have the stage rushed by Zubats," he said. "But we needed 10 more people to do that and to do the costume changes, and people were already doubling up. I wanted to put in Joey's ‘I like shorts,' but couldn't figure out how to translate that into dance moves.

"I also wanted a Mewtwo scene at the very end, but we weren't sure how to wrap that into the story, since the Hall of Fame was a just perfect spot to have everyone come out and bow."

Plotner says feedback has been mixed, as the art community and Pokemon community view the ballet in two very distinct, different ways.

"The art community is like, ‘Oh the technique sucks, that's a terrible dance,' and I don't disagree," Plotner explains. "The technique was not the best, it's kids who have only been dancing half a year or are 12 to 15 years old. But most of the people who comment or like the video, they just love the dance and I think they're the ones who really get it. It's not about the actual dancing, it's about the story, the dancers putting themselves on stage and goofing off having a good time telling a childhood story." 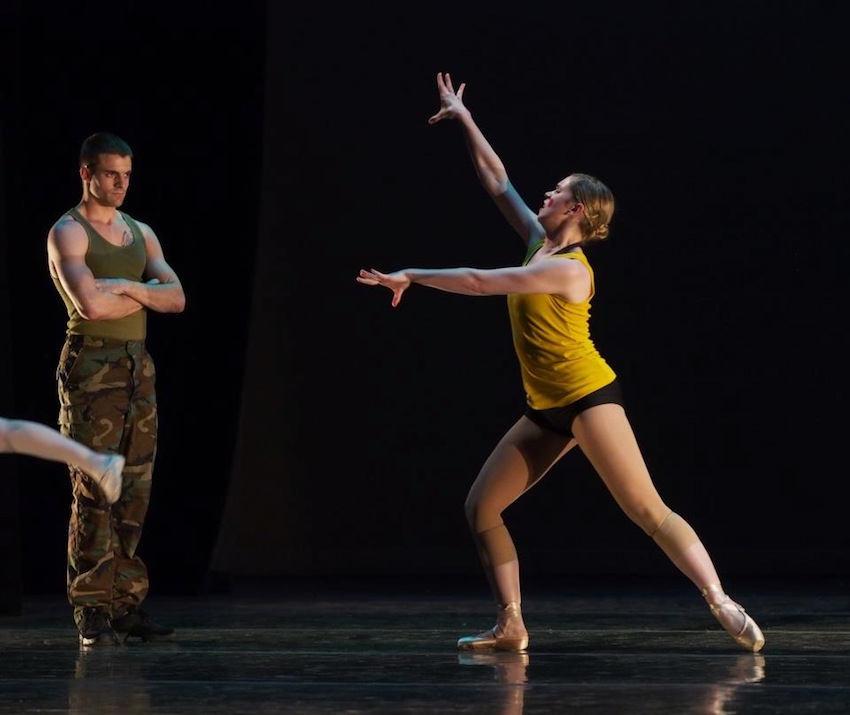 Plotner will remain at Creighton for five more years, where he has earned a full ride at the school's pharmacology program and will work towards his PhD. This fall he will star as the Prince in The Nutcracker. His Red and Pikachu are getting married and moving to Iowa, and he'll have to head into future projects without them. But he is still thinking about video game ballets, however, and has his sights and toes pointing to one in particular.

"I want to make a Legend of Zelda ballet," he says. "But I haven't found the right orchestra music yet.

"It would be Ocarina of TIme, the first Zelda game I played," he added. "People have been asking if I'm gonna do rest of the Pokemon series and I'm not sure I will. It depends on if something pops out at me when I'm listening to music.

"Half the time when I'm choreographing it's not because I want to, it's because my mind starts going, and that's exactly what happened when I listened to Skotein's music and decided to do the Pokemon ballet. Hopefully it happen with Zelda, or whatever my next ballet will be."