Deadly Premonition's ambition and oddity shine through a shoddy foundation

Deadly Premonition: The Director's Cut is like the winner of an ugly pet competition: Its faults somehow make it adorable.

Access Games' open-world survival horror game obliterates the distinction between odd and broken with such regularity that it becomes difficult to distinguish between the two. Even with the Director's Cut treatment, its cumbersome controls, dated presentation and sometimes excruciating pacing are as central to the experience as what it gets right. To be frank, Deadly Premonition: The Director's Cut is kind of broken. It's also a riot.

The oddities in Deadly Premonition: The Director's Cut — particularly its ragtag cast of oddball characters — combine to create a unique and fascinating cocktail that works despite its flaws.

Deadly Premonition: The Director's Cut casts you in the role of FBI agent Francis York Morgan, though you should probably just call him York (everybody does). Sent to investigate a murder in a tiny Northwestern town, I began behind the wheel on the outskirts of Greenvale, then promptly watched my car careen into a ravine. I had just enough time to acclimate myself to my surroundings before I was attacked by desaturated zombie-clowns. And it only gets crazier.

I spent most of my time in Greenvale traveling, meeting odd characters and finding clues 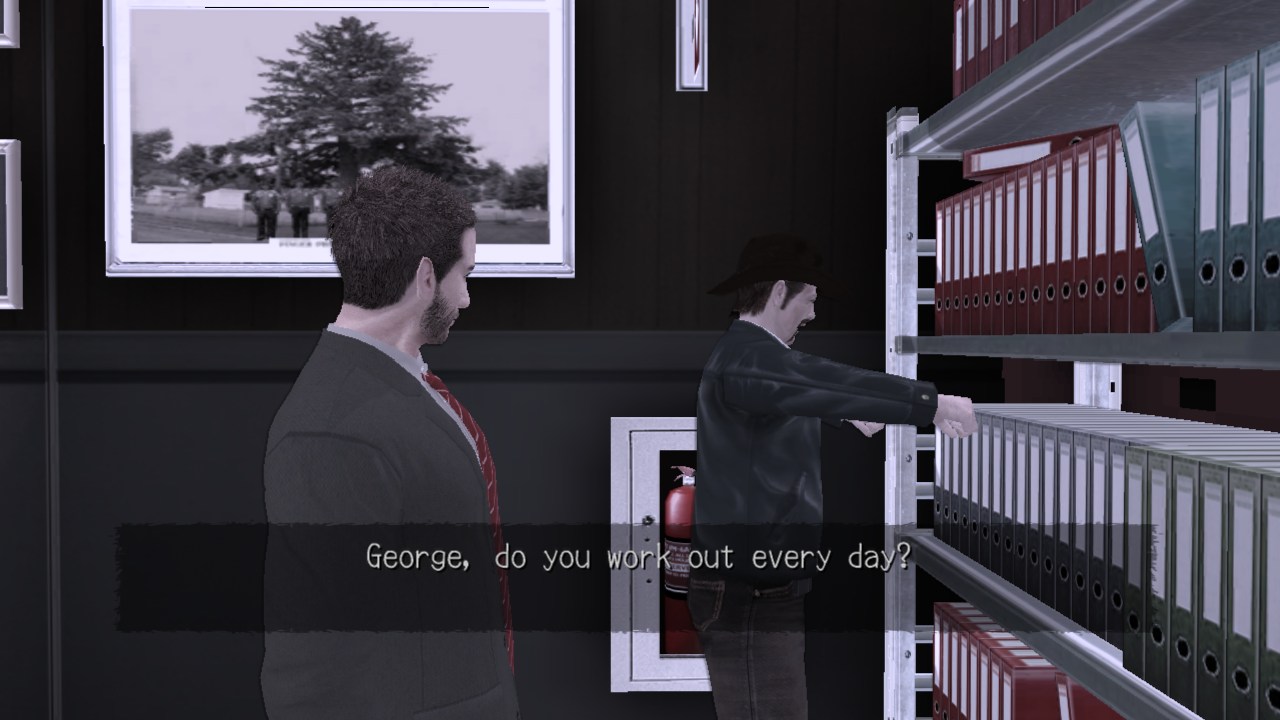 Deadly Premonition is styled like a third-person shooter, but action is sparse. I spent most of my time in Greenvale's open-world environment traveling, meeting odd characters and finding clues that advanced the story. The developer is smart to focus on the living world it creates, and the first few hours I spent interacting with the odd characters deepened the mystery and established my ability to set the pace of advancement.

Deadly Premonition's structure reserves shooting for linear dungeons placed at key narrative points. Aiming bolts York's feet to the floor, but enemies offer little challenge. The clumsy undead are more like speed bumps than threats. Despite its ease, these episodes provide a sense of accomplishment by serving up clues and big narrative payoffs. They're the game's load-bearing beams where story and action intersect; one would collapse without the other.

Although ultimately driven by that narrative, Deadly Premonition almost always allows players to set the pace. It provides a freedom that plays to the game's primary strength: the bizarre yet consistent town of Greenvale. Over the course of my investigation, I learned all about the nearly deaf woman who runs the local inn and the dubious town sheriff. Wandering Greenvale and talking to characters netted me items and money, but more importantly, it deepened my relationship with the town and its inhabitants. Their quirks and oddities strengthened my attachment and helped to sell the overarching murder-mystery. 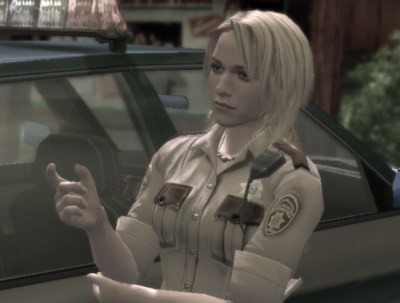 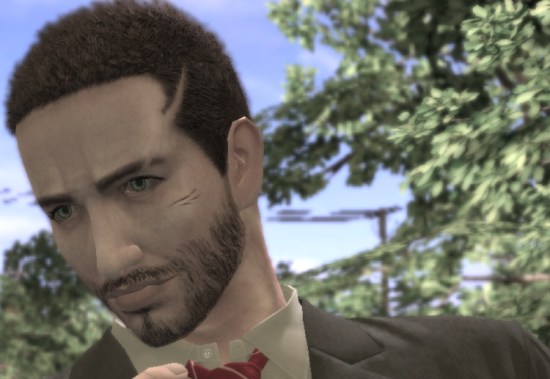 Suspension of disbelief was the difference between shrugging my shoulders in confusion at the nonsense and laughing along with Deadly Premonition's inside jokes. Investing your time in Greenvale means putting up with wonky controls, dated graphics and characters who could never exist outside of absurdist fiction. It also means you get to participate in a rich alternate reality that is always willing to give you a reason to smile, roll your eyes or laugh — often all three simultaneously.

The weight of Deadly Premonition's weirdness turns into general design wonkiness from time to time. Accidentally honking the horn during one annoying car-based mission led to 15 minutes of backtracking and repetition. I also ran into several instances where it seemed clear that the developers forgot to insert a tree into the world but kept the wall it would have formed to prevent York from running through. These situations are rare, but they popped up enough to make me worry about what issue I'd encounter next.

About two-thirds of the way into Deadly Premonition, it announced that I could no longer pursue side quests, and it was time to solve the mystery. The game shuffles into its climax as clumsy as York's undead enemies. Instead of building to a crescendo, it doles out answers in slow, uneven bursts, with far too many annoying fake-outs over several hours.

The late-game blunders only amplified everything that Deadly Premonition had done right previously. Its strongest elements are the open-ended oddities and exploration; substituting forced, convoluted pacing for that freedom made grand finale fizzle.

Deadly Premonition's ambition and oddity shine through a shoddy foundation

Deadly Premonition: The Director's Cut is built on a shoddy technical foundation, but it's got ambition to spare. Its weirdness reflects and amplifies the underlying mystery, while a host of bizarre characters and the secrets they keep make its problems worth suffering. It may not be the prettiest dog in the show, but it's got heart, and it's one hell of a companion.