Grand Theft Auto 5 will get two collector's editions featuring in-game and physical goodies, as well as bonus content for those who pre-order the title before launch, Rockstar Games announced today.

The Special Edition and Collector's Edition will be available for PlayStation 3 and Xbox 360 and are now up for pre-order worldwide. Players who pre-order either of these special editions or the standard version of the game will also receive access in-game to the Atomic Blimp, a slow-moving aircraft.

The Grand Theft Auto 5 Special Edition will cost $79.99 and features a copy of the game; a Steelbook case bearing Grand Theft Auto 5 artwork; a replica map of Los Santos and Blaine Country; and a number of in-game bonuses including a boost ability, new outfits and tattoo skins, additional weapons such as the Pistol .50 and Bullpup Shotgun and the single-player Stunt Plane Trials, which will allow players to participate in special aerial challenges.

Grand Theft Auto 5 will launch on Sept. 17. Check out the pictures below for a look at the contents of these collector's editions, and see our most recent preview with video here.

Update: In the U.S., the Collector's Edition will be available exclusively at GameStop. 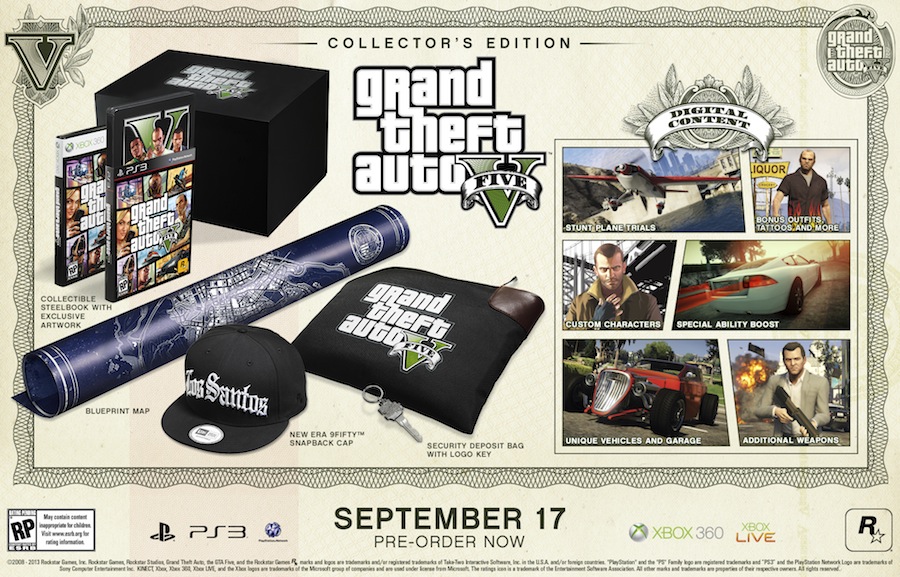 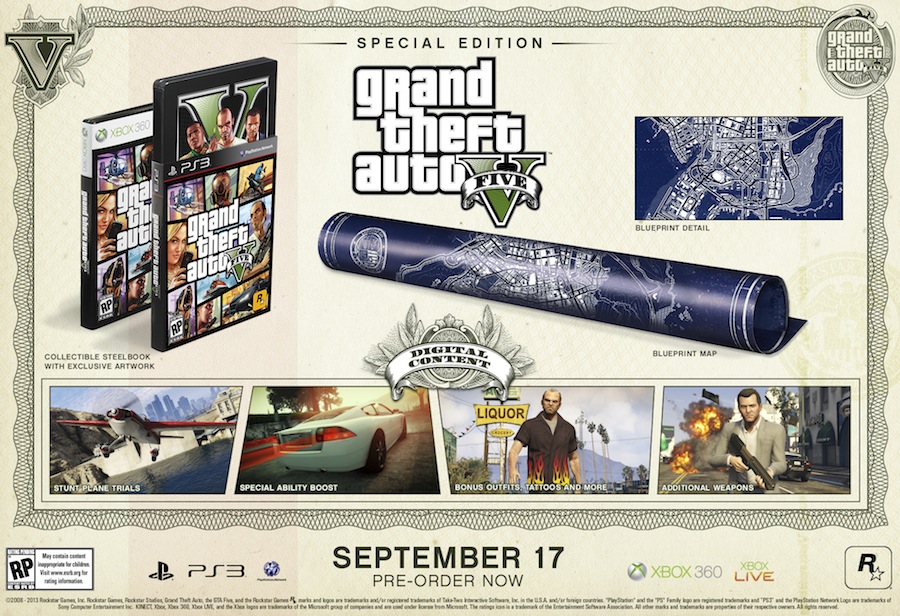