Resident Evil: Revelations brings together the best elements of the series' past and present

Resident Evil: Revelations is a survivor. Three different Resident Evil-branded games launched in 2012, and Revelations' handheld take seemed the least likely suspect to succeed. But episodic structure and blurry graphics aside, there's very little that marked it as a handheld game.

It's hard to believe that something as cool-headed and confident as Resident Evil: Revelations has come from the same company that published the messy, uneven Resident Evil 6. In its transition to consoles and PC, it's even clearer that Revelations surpasses most recent efforts in the series, despite the portable roots apparent in some of its production values. Amidst similar ambitions — a globe-trotting story, multiple playable characters, etc. — Revelations keeps its limitations in sight and succeeds where its most recent numbered cousin failed. 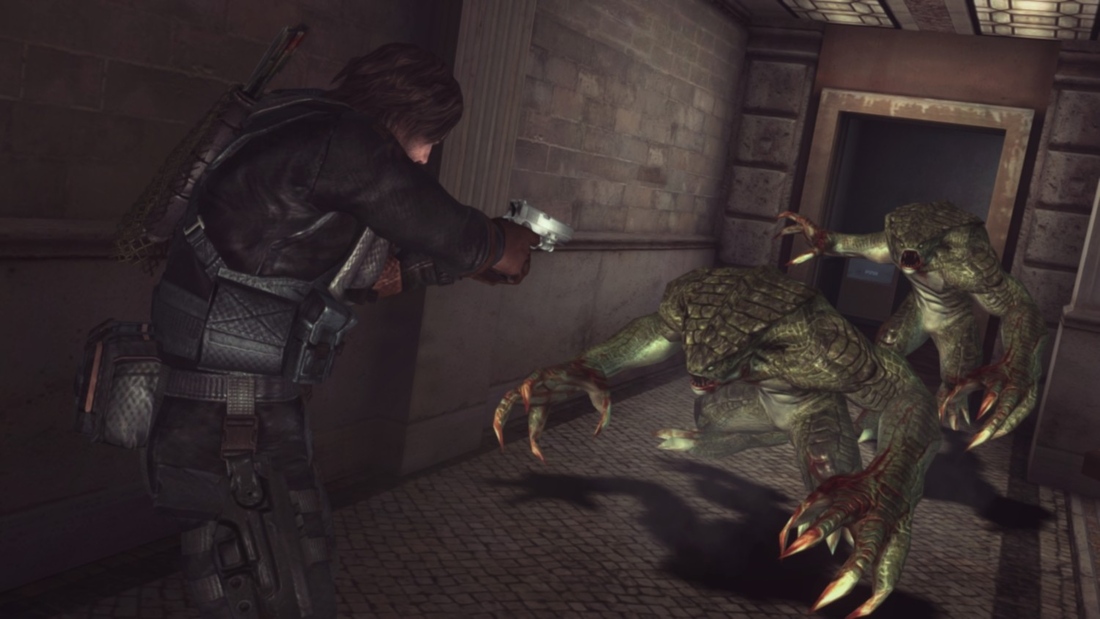 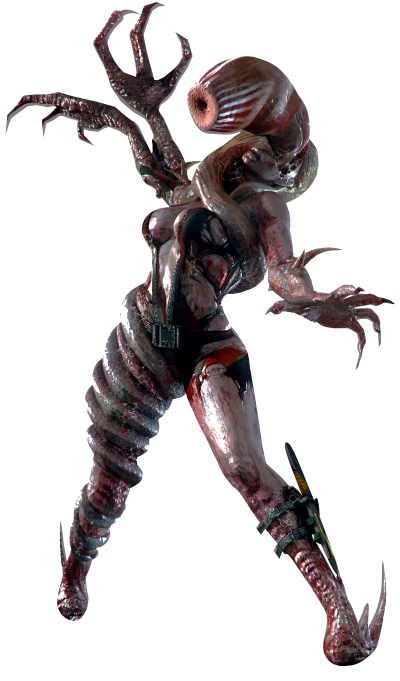 Set between the events of Resident Evil 4 and Resident Evil 5, Revelations sees original series protagonists Chris Redfield and Jill Valentine working together once again. Now superstar counter-terrorism agents, Jill and Chris find themselves thousands of miles apart but investigating the same incident: an abandoned ship named the Queen Zenobia that may or may not be a secret base for a shady terrorist organization.

Things only get more complex (and dumb) from there. Revelations' convoluted plot breathlessly ties together multiple government organizations, a host of absurd twists and secret puppetmasters behind everything — though it's difficult to hate or even care about the eventual villains since they barely have any screen time. It's a bloated story that carries all the worst tendencies of the Resident Evil franchise, including bad voice acting and aggressively annoying side characters. It made me yearn for the days when "this virus turns people into zombies" was all the setup Capcom needed.

Beyond the overly complicated plot, Revelations' setting becomes a throwback to the original Resident Evil's desolate mansion early on. From the outside, the Queen Zenobia looks like a giant freighter, but inside it transforms into a fancy cruise ship, complete with extravagant furniture, creepy art lining the walls, and themed keys to open locks that bar progress. Revelations is structured episodically, but in a departure from the series' recent habits, it breathes. It lets players spend time exploring and soaking up the spooky atmosphere of an abandoned ship. Revelations struggles most during field trips to other locales, such as an office building under siege by mutations. They're less interesting spaces, and after building up Jill's arsenal for the duration of the game, you'll be forced to deal with another character's less powerful weaponry.

Thankfully, those distractions are rarely longer than 10 or 15 minutes. Even Jill's campaign occasionally falls prey to a frustrating boss or one-hit kill annoyances, but it makes up for it with a lot of variety that actually works to the game's advantage. Action-packed cinematic moments don't dumb the game down to a predetermined series of button presses. Even the few underwater sequences are somehow, well, if not good, then at least not terrible.

Most of your time not spent scouring the Queen Zenobia for semi-scarce ammo and healing items is dedicated to fighting off hordes of the living dead — or Revelations' take on them. In this version, the awkwardly named T-Abyss virus has been unleashed on the ship, transforming dead passengers into mindless enemies inspired by marine life. The most frequently recurring enemies are weird, slimy corpses that melt into a puddle when killed, but Revelations has a decent mutant menagerie. I was forced to develop multiple strategies for dealing with the constantly shifting room layouts and enemy distribution, so the fights never got boring.

By the end of the game, I learned how to face down the slow-moving ooze creatures, more aggressive lizard enemies, heavily-shielded mutations built from shark DNA and everything in-between. The combat succeeds beyond basic tension. Resident Evil: Revelations has a huge arsenal of weapons, and playing with them feels great. Whether you opt for a single powerful shotgun blast at close range or a barrage of machine gun fire from across a hallway, enemies react to your attacks, struggling forward or falling down in ways that lend the guns a sense of power. You can also find plenty of weapon modifications hidden throughout the game, which can do everything from increasing damage to adding more potent knockdown effects. I loved experimenting with different weapon and mod combinations to determine the best loadout for each scenario.

That satisfaction plays an even deeper role in Revelations' addictive raid mode. This two-player co-op option reuses levels from the core game but mixes up enemy placement and introduces an aspect of randomness. Enemies can spawn in new variants, such as a tiny but super-fast version or an extra large bullet sponge. Health bars and damage output indicators encourage you to mess around with your weapons, and you have even more to choose from thanks to a random loot system as well as in-game currency to spend on guns and mods. With tons of levels, multiple difficulties and a whole cast of playable characters with their own strengths and weaknesses, raid mode is something I could see myself returning to for a long time. 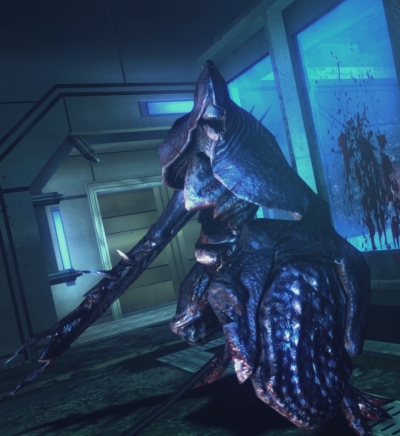 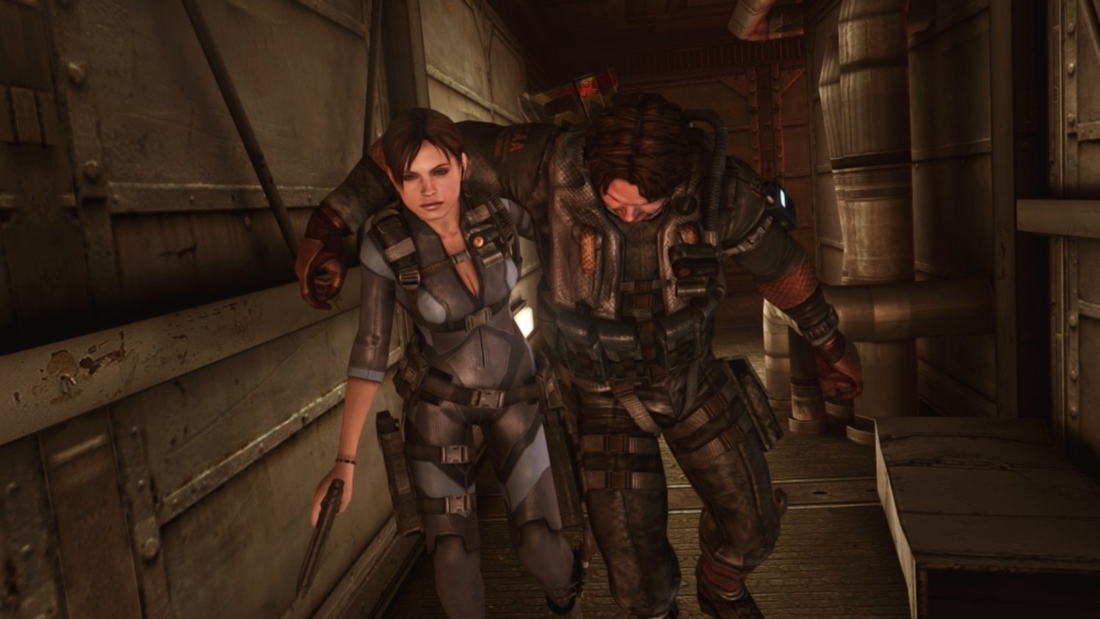 Though most of Resident Evil: Revelations works just as well on HD consoles as it did on a handheld, the game has kept some of its handheld visuals despite the change in platforms. Ground and wall textures are blurry and poorly detailed when up close. The main characters and enemies look fine when standing still, but animations are often strange and jerky. Actions as simple as raising a gun caused the framerate to plummet into the single digits at points.

These issues were consistent across all three console versions of Resident Evil: Revelations. The Wii U version of the game has a slight edge over others by using the GamePad to provide a constant map and quick weapon swapping, allowing you to play on the GamePad in full and offering up Miiverse commiserations when you die. These are cool but minor bonuses; whichever version you go with you'll be getting the same good (if technically flawed) experience. (Polygon was unable to test the Windows PC version as of press time.)

Resident Evil: Revelations brings together the best elements of the series' past and present

Resident Evil: Revelations proves that somewhere in its DNA, Capcom still has an understanding of how to make this series work. Both raid mode and Revelations' single-player emanate a self-certainty that's increasingly rare in the series. It nails both the survival-horror tension of old-school Resident Evil and the bombastic setpieces of modern Resident Evil, and it rarely screws up in the process. It's frustrating that "good" has become an unexpected reaction for me to the Resident Evil franchise, but if Revelations is any indication, there's still an opportunity to turn that around.