PS4 headed to Europe this year, according to an advertisement

Share All sharing options for: PS4 headed to Europe this year, according to an advertisement

Attached to the tweet is an advertisement (pictured below) touting a console "coming in 2013" that will allow players to "push the boundaries of play" and transform them into "legends."

A slide shown during the PlayStation Meeting event held in February in North America, where Sony revealed the next-gen console, indicated that the PS4 was scheduled for release during the 2013 holiday season. The advertisement posted today indicates that the console's launch this year will span more than one region.

For more on the PlayStation 4's reveal, be sure to check out Polygon's coverage. Earlier this week, Microsoft revealed its next-gen console, the Xbox One, and you can read all about it in our StoryStream. 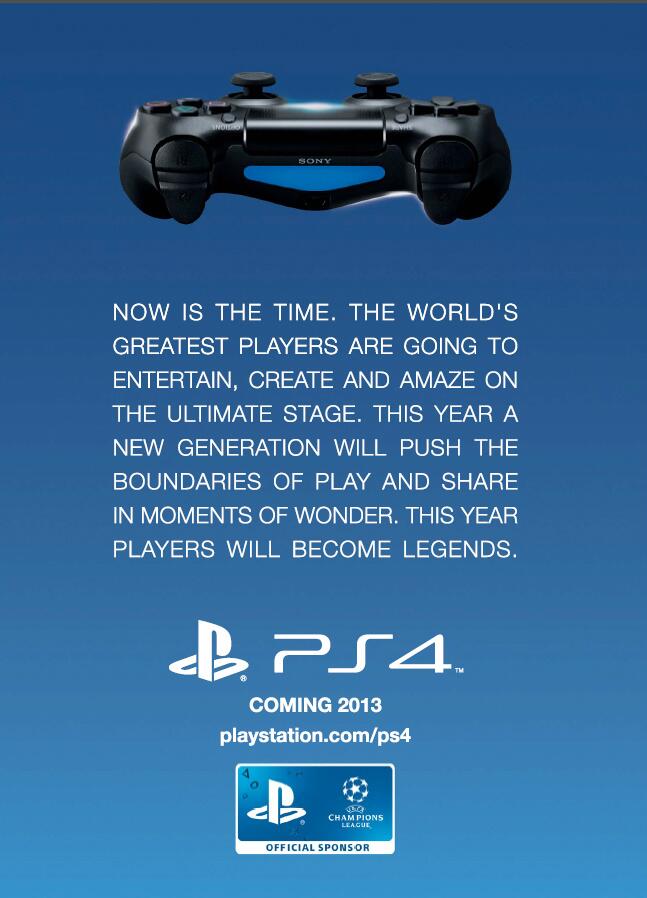