From Xbox One to Xbox None: The risks of an internet-required gaming console

Share All sharing options for: From Xbox One to Xbox None: The risks of an internet-required gaming console

Microsoft's next console brings with it one very important requirement: An internet connection.

If you can't get online, or don't want to, the Xbox One becomes useless.

Microsoft is making a bet that its next console can survive, perhaps even thrive, off of the purchases of those typically plugged-in early adopters and that internet proliferation, which currently hasn't spread to about a quarter of the developed world, will steadily encompass all of those who might have an interest in gaming.

It's not a bad bet, but it does send a bad message to those unwilling or unable to get online: Tough luck.

Unveiled last week during a day-long event on Microsoft's campus, the Xbox One seems to be a lot of things: A device where you can watch movies or live TV, listen to music, browse the internet, video chat with your friends, play games. A gaming console that watches you with the help of a high-tech camera, as you watch it.

While Microsoft executives were cagey and confused on the details at last week's unveiling, one thing began to come into focus during the event: Untethered from the online world, the Xbox One eventually becomes an Xbox none.

Untethered from the online world, the Xbox One eventually becomes an Xbox none.

Video games, according to several sources familiar with the matter, will require some form of occasional online connection to verify a person still owns the disc. Without that reoccurring online handshake, the game simply won't play. And of course things like cloud processing for games, video chat, Xbox Live, web browsing, movie renting, music streaming, all require an internet connection.

This will be the first console designed from the bottom up for a plugged-in society. The problem is that not all of society is plugged-in. And even the best of internet connections go down on occasion.

I live in New York, a state soaked in reliable internet, but I lose my connection to the rest of the world several times a month. Having access to internet, even paying for internet, doesn't mean you can always be online. And every internet outage will now bring with it the threat of an entertainment outage.

Requiring internet also means that a trip to an offline location, like a cabin, won't include any Xbox One video games.

While a small part of the parent in me might like the idea of not having to debate whether gaming will be allowed on a vacation, the notion that I don't get to make that decision if there's no internet, irks me.

An internet requirement also means that every game purchase I make brings with it a shelf-life. At some point, it's fair to assume, Microsoft may decide they want to stop supporting that game or their new console. If a connection, even an occasional one, is required to play the game, what happens then to my library of titles?

And let's not forget the console's camera peripheral. The Xbox One's Kinect, like the console itself, will be required to always be connected.

Privacy, I worry, won't be a feature of the Xbox One. 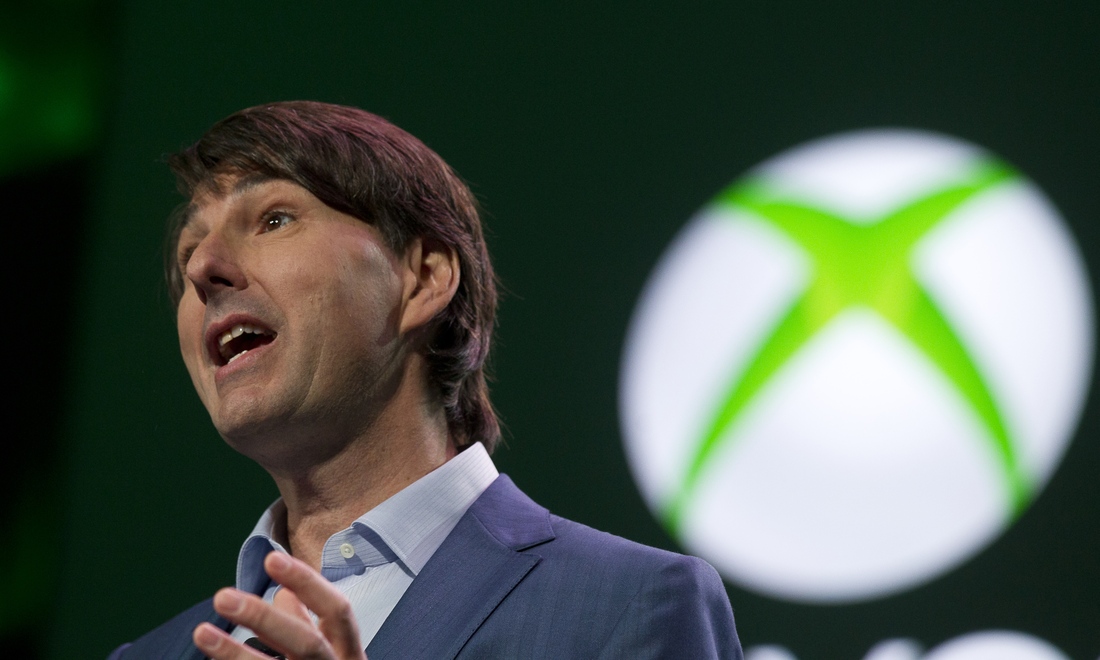 By 2014 only about 39 percent of the world's population will be using the internet, according to the International Telecommunications Unions. But Microsoft says Xbox 360 owners have more access to broadband:

I broached some of these concerns with several Microsoft executives at last week's event.

Cloistered on the Microsoft campus still well within the shadow of their new console unveiling, all of the executives I spoke with seemed ambivalent to the notion that not everyone will be able to use an internet-required console. Even in light of the Wii U which doesn't require Internet and the PlayStation 4, which may not.

The message seemed to be: If you don't like the Xbox One then stick with the Xbox 360.

Don Mattrick, president of Interactive Entertainment Business at Microsoft, told me that the decision to require internet for the Xbox One was driven by a desire to create a console unleashed from the technical limitations of today's not-entirely-connected society. Microsoft had a decision to make, he said; either create a console planted in the present or look to the future and create a device built on the concept that one day the internet will be as available as electricity or telephone service.

"Gamers want the best experiences possible — and they want a future-proof system," he told Polygon.

The Xbox One is shaping up to be a paradigm-shifting console. The question is: Is the new paradigm one people want?

The original Xbox, which launched in 2001, had an Ethernet port well before broadband was widely accessible, he pointed out. Xbox Live, Microsoft's online service, also went live before the internet was as ubiquitous as is today. A few years later, he reminded me, Microsoft added streaming media to the Xbox 360 and the company saw the console's usage spike.

"Now, with Xbox One, we're stretching the canvas again so creators can design for the cloud with every game they make," he said. "In the next decade, every great game will tap the power of the cloud to deliver richer, more immersive worlds. We have a great offline game system in Xbox 360 that gets better when it's connected. We could have made another offline console, but then offline would have been the lowest common denominator design point for developers. We chose to take the progressive path."

The difference between Microsoft's early Xbox internet innovations and the Xbox One's approach is that those first two consoles didn't include the same take-it-or-leave-it requirement that the Xbox One brings with it.

The Xbox One is shaping up to be a paradigm-shifting console. The question is: Does anyone want the new paradigm?

Xbox One: The saga of always-on internet connectivity

What happens to Bobby Kotick?

The 2021 Anime Awards nominations are here