Share All sharing options for: Xbox One slide lists Words with Friends for the next-gen console

A slide on the Xbox 360 touting the Xbox One's multitasking and app pinning features seems to indicate that Words with Friends, Zynga's popular tile-based word game, is headed to the next-gen console.

Navigating to the Xbox One tile that appears on the Xbox 360 home screen launches an app filled with information about Microsoft's upcoming console. Selecting the "What it does" tab loads a handful of slides highlighting features like Skype, TV viewing and multitasking. The "Multitasking is a Snap" slide (pictured above and below) shows a series of apps pinned in the console's user interface, including Words with Friends.

Zynga's game has yet to be announced for the Xbox One. During the presentation in which Microsoft revealed the console, Electronic Arts showed off next-gen versions of its Madden and FIFA franchises, Turn 10 Studios showed off Forza Motorsport 5 and Infinity Ward revealed footage from Call of Duty: Ghosts.

Thanks for the tip, LDawgNL. 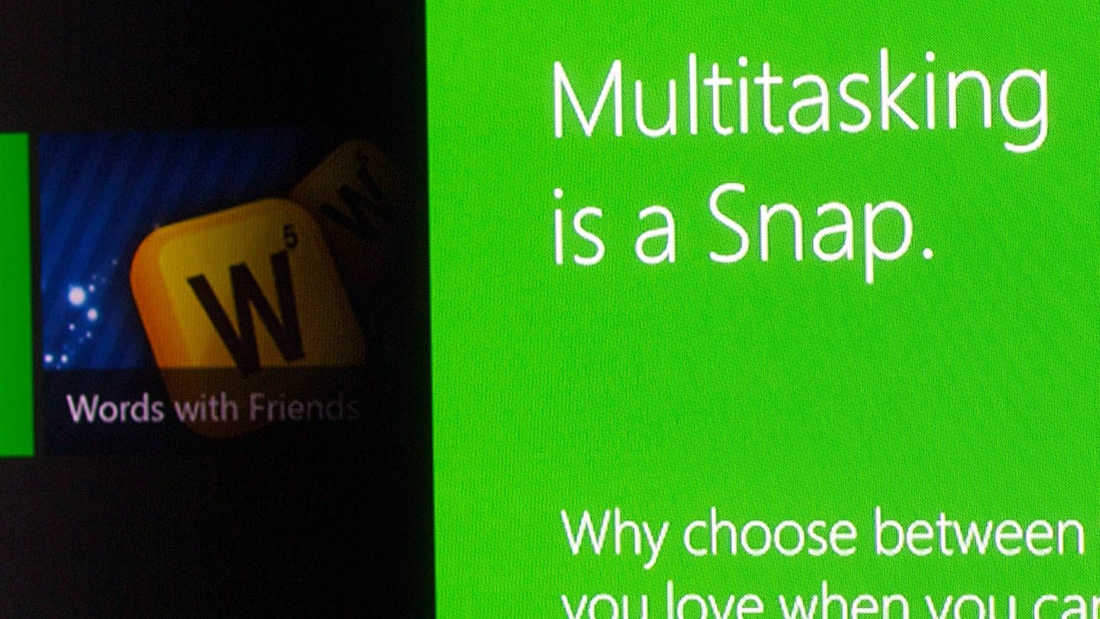