Teaser text: The Night of the Rabbit makes good on magical promises.

The Night of the Rabbit is the most unironic game I've ever played.

It would have been easy for Daedelic to play the premise for laughs. The Night of the Rabbit is a point-and-click adventure featuring a magical world of talking animals, fanciful sprites and a young boy who wants to be a magician. It's so sweet and innocent that you could mistake it for a kid's game, though the complex and occasionally cantankerous puzzles keep that from being the case.

Instead, The Night of the Rabbit wears this earnestness on its sleeve, with a few gentle winks and nods at the audience. The tone sets the stage for an unabashedly old-school experience that's as idiosyncratic — and occasionally frustrating — as the early 90s games it gleans inspiration from.

You play as Jerry Hazelnut, a 12-year-old boy navigating the last days of summer vacation. Jerry dreams of adventure, and soon finds it in the woods surrounding his house. You meet the Marquis de Hoto — a dapper, slightly creepy anthropomorphic bunny who takes you on as a magical apprentice. From there, you're off on a grand adventure in the town of Mousewood and its neighboring magical realms, all in service of your training as a magician. 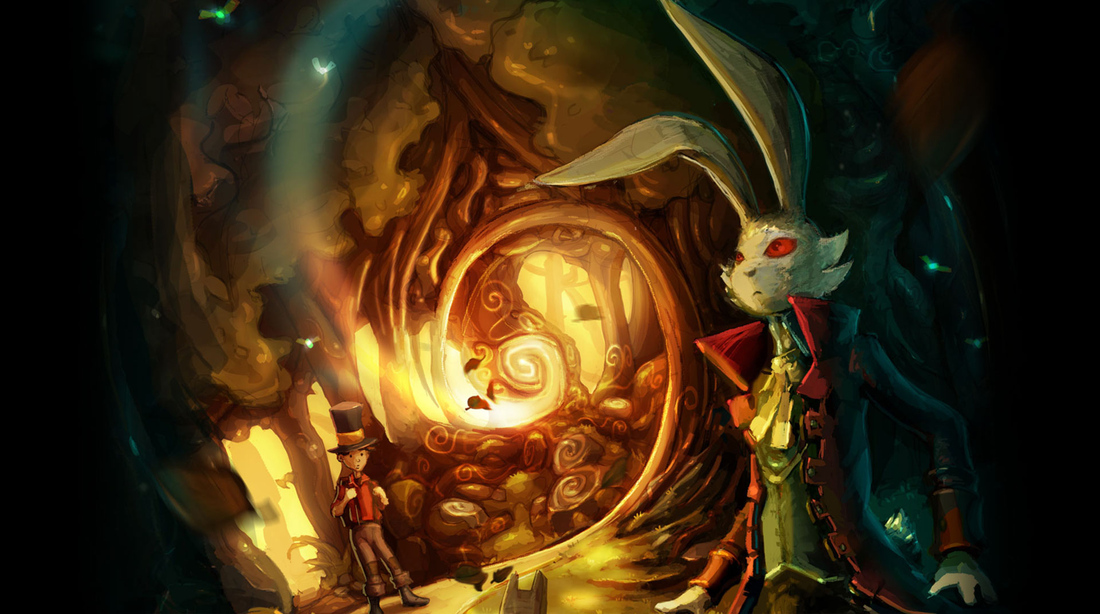 The gameplay is pure point-and-click. You roam through lavishly animated screens, clicking on scenery, talking to adorable woodland creatures and managing your inventory. You spend most of your time sussing out the puzzles that the environment and characters throw at you, including simple one step item uses and elaborate multi-screen challenges.

On top of the usual glut of inventory items, you'll collect and learn a number of spells across your journey. These are cleverly integrated into both the story and the puzzle solutions. You'll learn the secrets of the statues that dot the landscape, grow plants, create masterful disguises and light the way in the dark. These are almost always more fun to play with than your run-of-the-mill items, and they lend credence to Jerry's development as a magician. 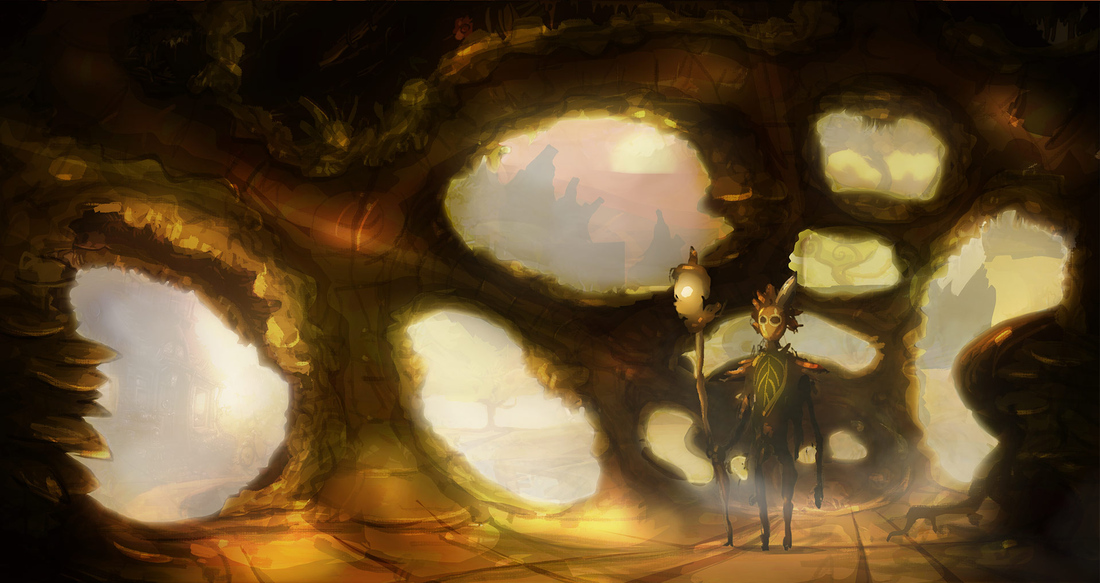 The Night of the Rabbit is full of bonus content and optional extras that give the game life beyond its main quest. You can play "quartets" — a simple card game — with several characters, as well as nab unique cards if you find hidden items throughout the game. Observant players can find 32 tiny dewdrops hiding in the scenery around Mousewood, and you can also find additional stories and background information. This adds welcome replay value — and an excuse to spend more time in Night of the Rabbit's world. 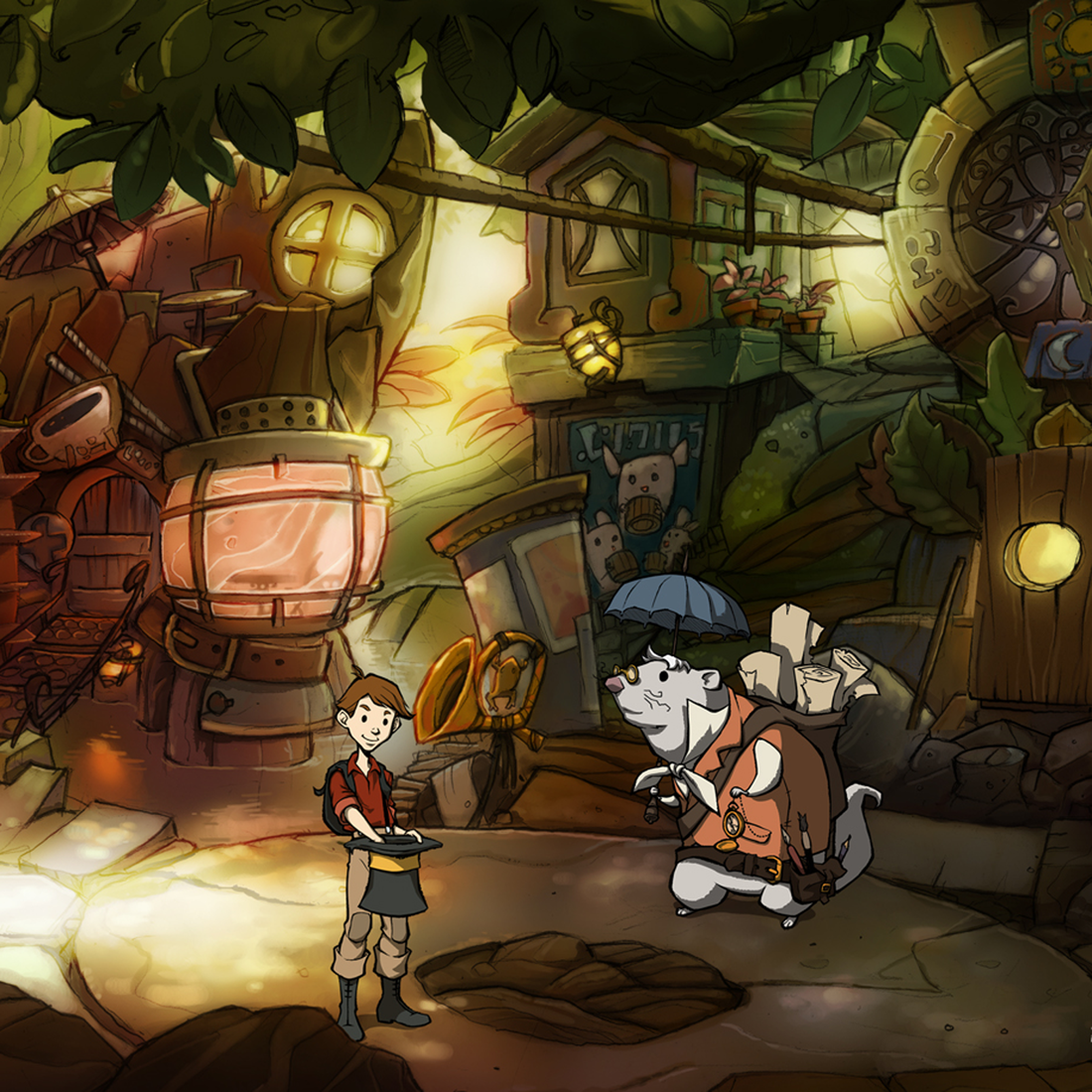 For the most part, the puzzle design works well and showcases an intricate, mystical world. There's a day/night cycle that's integral to many solutions, and a bizarre internal logic to the proceedings. You'll need to figure out precisely which critter has a taste for fine cheese, for example, or hit the right sequence of events to trap a mischievous leprechaun across several encounters. As with the classic adventure games that serve as The Night of the Rabbit's influences, it's always gratifying to pierce the game's logic to find a solution.

But The Night of the Rabbit's old-school fun is hampered by a few obscure puzzles. I found myself stuck several times, and clicking on everything in desperation like some kind of adventure game cliche. This occurs despite the modern amenities of highlighted interactive elements on a screen via a magic coin. There's an "advice" spell that puts you in contact with the Marquis de Hoto, but this hint system is almost entirely useless. The Marquis will always be there to remind you of your overarching quest goals, but he never tells you what you actually need to know.

Granted, weirdo puzzles are practically a genre hallmark, but it's still annoying when your ninth and tenth guesses at a solution yield nothing. I don't mind working for my fun, but I like to know if I'm on the right track. The Night of the Rabbit left me in the dark a few too many times, and I could only progress through attention to every subtle detail on each screen. At least this is made palatable by its beautiful, distinctive look.

The Night of the Rabbit is gorgeous, with a painterly aesthetic out of a European children's book. The animation is rich and detailed — everything from Jerry's jaunty walk to the animal citizens' expressive gestures are full of character. The sound design, music and English voice acting are similarly well done — all contributing to the illusion that you've stepped into an imaginative child's favorite daydream.

The narrative resonates with subtle (and sometimes not-so-subtle) metaphors for the end of innocence and the creeping influences of adulthood and corruption. Jerry is 12 and sheltered, between adolescence and childhood. The setting is wistful, and the game occurs deliberately in the last days of summer. 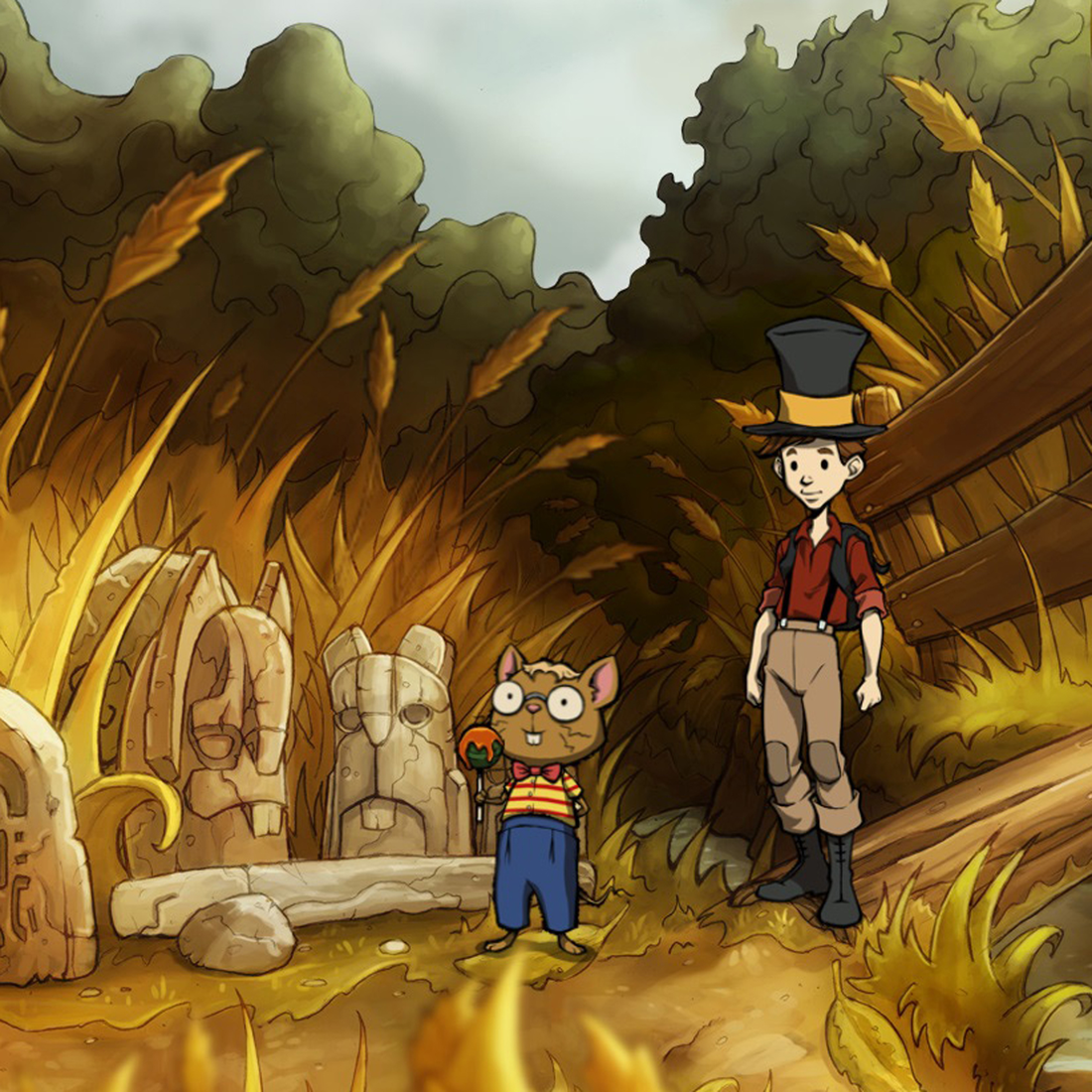 The Night of the Rabbit is more than a collection of puzzles.

The Night of the Rabbit's world and characters are sweet without being cloying, while the gameplay requires serious adventure-game-logic chops. It appeals equally to innocence and experience. A few overly obscure puzzles slow the pace to a crawl, but Jerry's journey is worth taking — even if only to feel like a kid again for a little while.

The Night of the Rabbit was reviewed using retail code provided by the publisher. You can find additional information about Polygon's ethics policy here.