Vancouver authorities are searching for David "Knuckles Dawson" Dreger, who was last seen on Sunday, May 26, and have asked the public for help in locating the missing 28-year-old.

Dreger is best known for his past involvement with Rooster Teeth and Achievement Hunter. According to a post from Rooster Teeth member SailorTweek, he "left his wallet, computer, & phone behind" and closed his Twitter and Xbox Live accounts.

Constable Brian Montague of the Vancouver Police Department provided Polygon with documentation and the photo below confirming that Dreger is missing. Authorities are asking for the public's help in finding Dreger, whose bike was located in Stanley Park on May 27.

"David is white, 6' tall with an athletic build, short brown hair, blue eyes and was clean shaven when he was last seen," the release reads. "He has a birthmark on the inside of his right bicep. He may be wearing black Chuck Taylor Converse shoes with the Batman logo on them."

Anyone with information about Dreger's whereabouts can contact the Vancouver Police Missing Persons Unit at (604) 717-2530. Friends of Dreger's have also created the Find David Dreger Facebook group where they've posted information about him and the ongoing efforts to locate him. 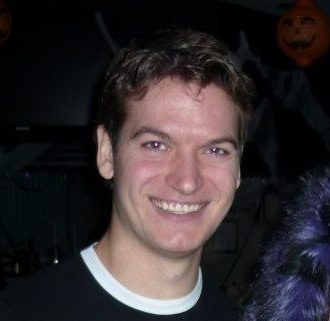