Share All sharing options for: Arma 3 developers showing off the game in two pre-E3 livestreams

Bohemia Interactive will stream previews of the upcoming military shooter Arma 3 during two livestreams in the run up to E3 next month, according to the developer.

On Saturday, June 1, mission designer Thomas Ryan and other developers will be on hand to give a "basic tutorial in scenario editing," an Arma 3 feature that allows players to create missions. On Saturday, June 8, the developers will play through the Combined Arms mission, which will be available in the game's beta phase. Both livestreams will take place at 12 p.m. ET on the official Arma 3 channel on Twitch.tv.

Each livestream is expected to last about an hour and will be broadcast from Bohemia Interactive's Prague headquarters. The streams will include content planned for the game's upcoming beta, which will follow the alpha testing phase that began in March. You can check out the developer's official poster for the events below. 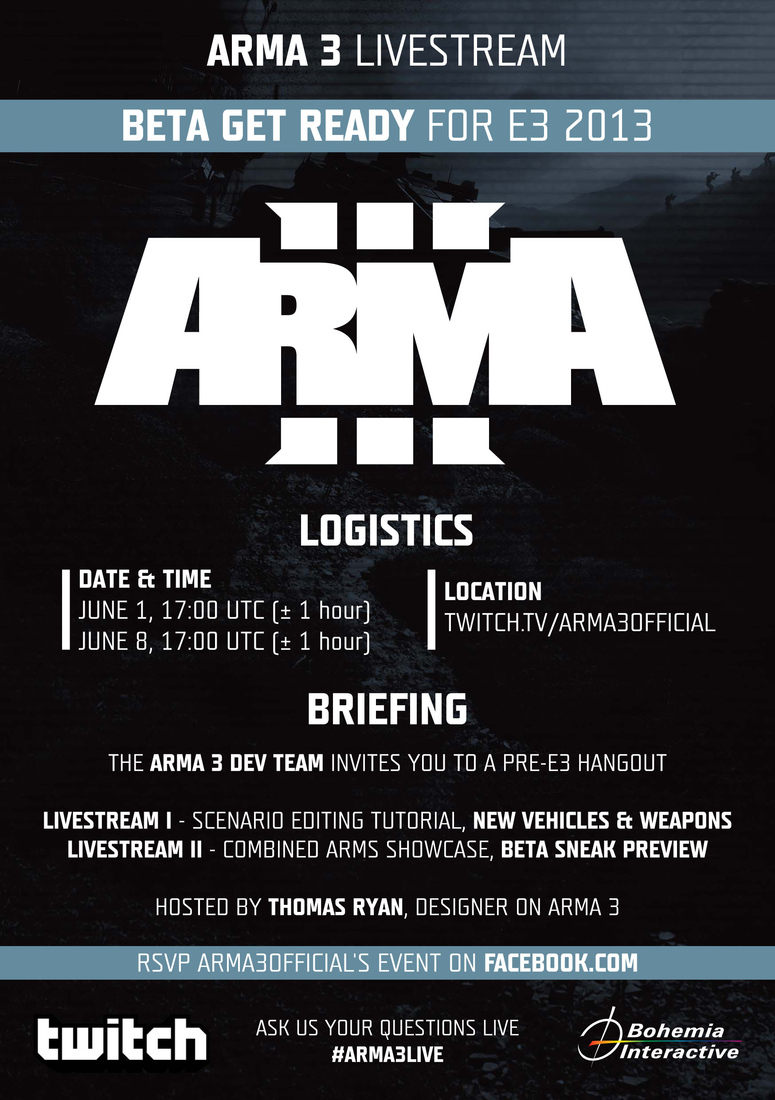