Call of Juarez: Gunslinger review: bullet in the head

Gunslinger captures the excitement of the spaghetti western

Share All sharing options for: Call of Juarez: Gunslinger review: bullet in the head

Review and information for Call of Juarez: Gunslinger

Call of Juarez: Gunslinger may be the game that cements the franchise's reputation as one of, if not the, least consistent in gaming history.

"The second one was really good!" is the common refrain whenever the Call of Juarez series is mentioned, and it's a fair defense (if a self-evidently flawed one considering there have been three games in the series). Call of Juarez: Bound in Blood is good, refining the action of the flawed first game while spinning a complex, well-told yarn of brothers Ray, William and Thomas McCall.

The third game, Call of Juarez: The Cartel, was, and apologies for using highly technical game critic terminology here, but it was sucky.

Now we have Call of Juarez: Gunslinger, an arcadey approach that piles on points for successive, skillful kills and abandons the McCall family for a nickel tour of the most famous Old West legends as seen through the eyes of bounty hunter Silas Greaves.

And get this: It's fantastic.

Grizzled Greaves is more than just the story's protagonist; he's also its ever-present narrator as he provides a whiskey-fueled account of his greatest hits for an audience of bar patrons.

Silas is similar to the equally gruff narrator of Supergiant's Bastion, though a touch less ... reliable. As the disembodied voice of Silas recalls additional details of his story (or is challenged by bar patrons on some of the more outlandish details) he'll often retract or restate certain elements of the tale, causing the structure of the level to rebuild itself before your eyes. Call of Juarez: Gunslinger is presented with some slight cel-shading and some other cool effects, which make the more fantastic elements a lot easier to swallow.

In one stage, Greaves' death by falling minecart reminds him that he did not, in fact, travel through a mine at all, causing Call of Juarez: Gunslinger to rewind moments before he entered it. Not only is it a fun gimmick that helps to keep things moving along, but it helps Call of Juarez: Gunslinger establish a more personal connection to the protagonist that so many first-person games fall short of. 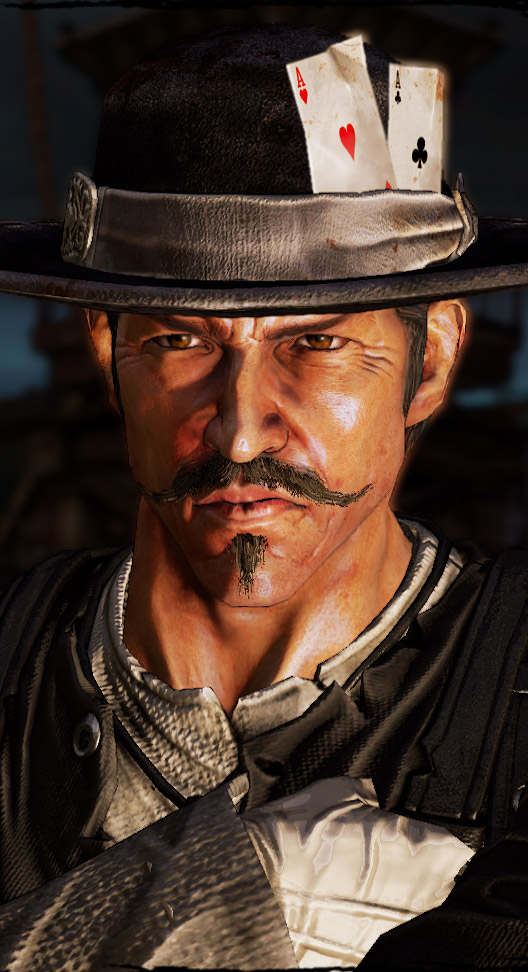 His time-hopping story pits him against (and alongside) Wild West legends like Billy the Kid, and Greaves frequently insists that he is the singular reason for their success or demise. Their presence is a bit of a gimmick, but the empowering effect of going toe-to-toe with towering figures of the West can't be underestimated. Plus, it's fun to see how developer Techland envisions them, especially when compared with their real-world bios and portraits hidden throughout each level.

(A note about those collectible "Nuggets of Truth," as they're called: Even with a power that tipped me off whenever one was nearby, I still only found about half in my playthrough. It would have been nice if they were closer to the path of Call of Juarez: Gunslinger, since meandering searches are a poor fit for an action game paced as quickly as this one is.)

With Silas' brushes with fame and shootouts being imparted largely via voiceover, Gunslinger almost never needs to slow to let the narrative catch up. Techland further adds urgency to the action with a combo meter that rewards additional points for quick kills. The multiplier also increases bonuses for headshots, long-distance kills and slaying a running enemy, so precision is also important. Those points can be used to increase Greaves' abilities in three distinct skill paths centered on dual pistols, long-range and close-quarters combat.

By the end of Call of Juarez: Gunslinger, I had the power to slow time, reload on the fly and even auto-target enemies. But since doing so drained my "Concentration" bar pretty quickly, I had to be smart about how they were applied.

The way Techland keeps "fastest gun in the West" from crossing into "unkillable vengeance God of the West" is impressive. It helps that Greaves is fairly vulnerable in a gunfight (which made the long-distance skill path easily the most appealing for me) but checkpoints are frequent so death rarely ever means lost momentum. It can, however, be a little frustrating when unclear damage indicators make it tough to detect where attacks are coming from.

The only real breaks in the bloodbath are duels, which have been further refined from the system Techland introduced in Bound in Blood. When using a controller, the left stick keeps Greaves' hand near his gun (building his speed) and the right stick lets him keep the enemy targeted. When combined with having to watch the enemy for the slightest hint of reaching for their pistol and some other late-game tweaks I won't spoil, the duels are tense and thrilling. You can even draw early on an opponent, though you'll earn fewer points and the kill will be marked as "dishonorable."

Techland has smartly broken both of these components into their own modes so you can repeat duels or try for your best combo in an arcade mode that features remixed levels packed with enemies. Trying to string each arcade level into a single combo chain is surprisingly addictive. 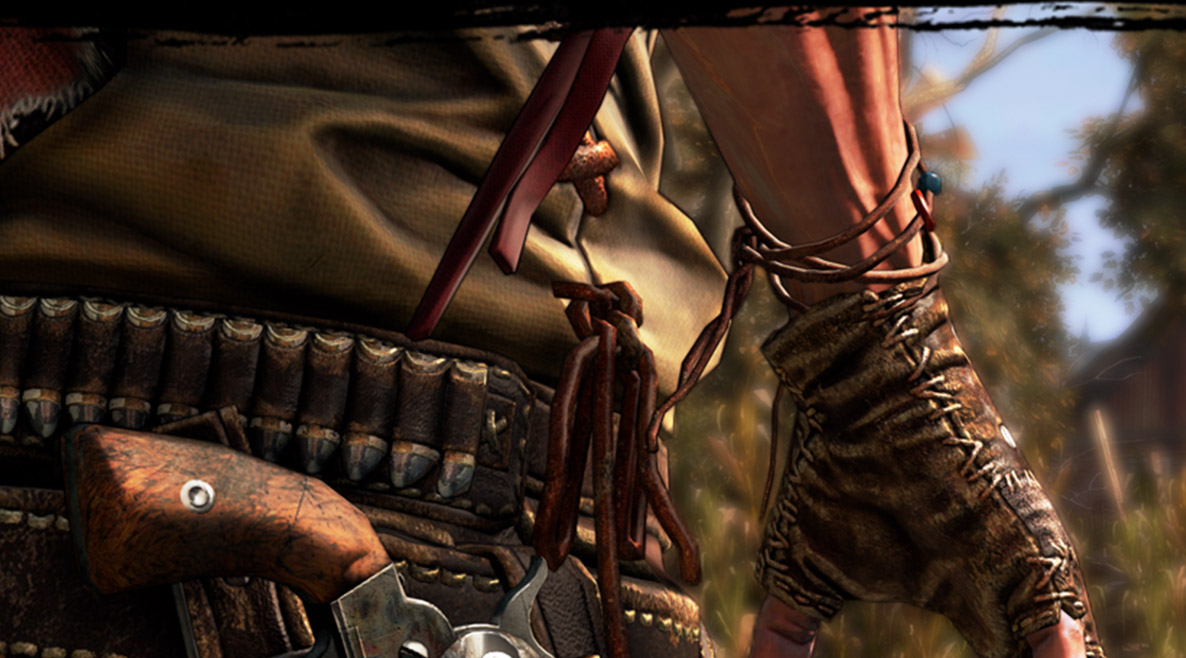 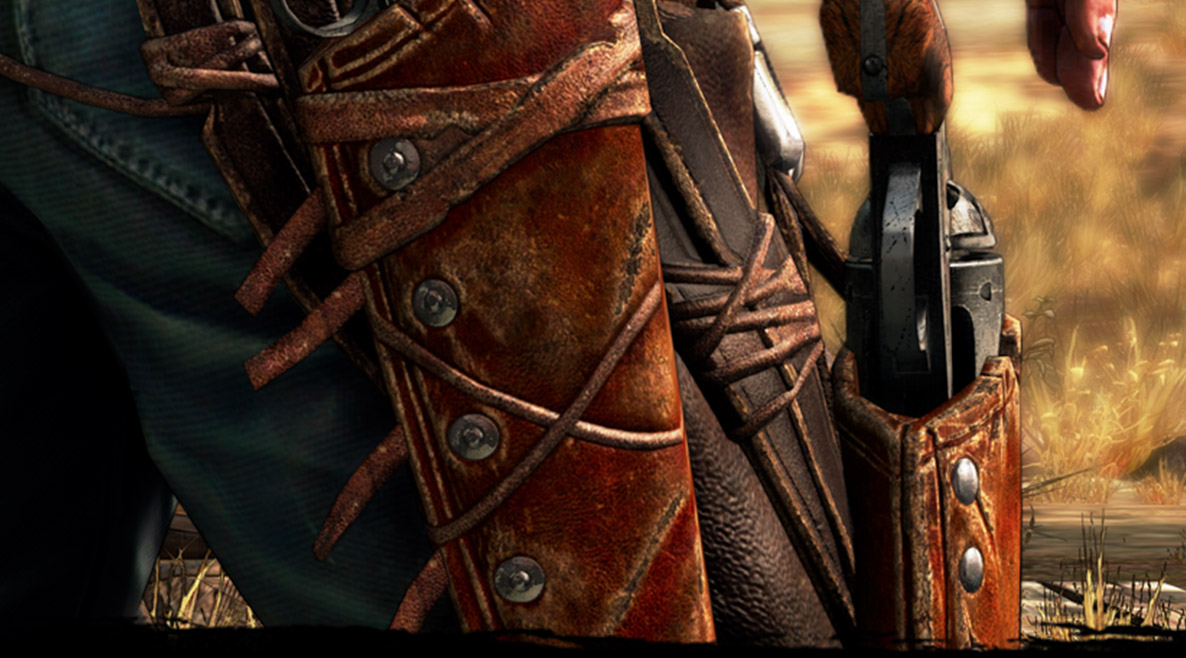 Gunslinger captures the excitement of the spaghetti western

Other western games may better capture the grandeur of the American West, but pure, outlandish spaghetti western gunfights have never been more thrilling than they are in Call of Juarez: Gunslinger. Let's just hope this marks an exciting new direction for the franchise and not yet another outlier in its ever more schizophrenic history.

Our review of Call of Juarez: Gunslinger 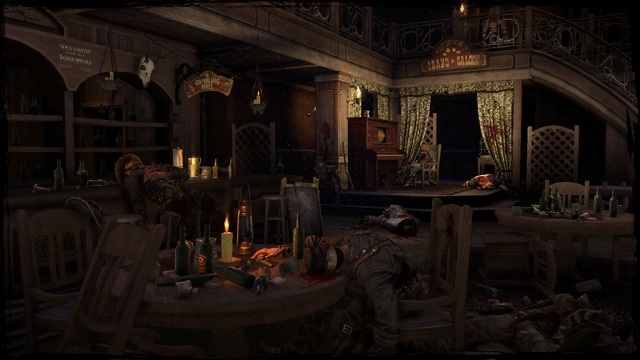