Both designers began crafting their fiction long before their dive into Dunwall. Smith, who is also Arkane's co-creative director, began writing his semi-autobiographical novel Big Jack is Dead in 2005 and worked on it in brief weekly or monthly stints over the following years.

"It was a process that required some care, because the longer I stayed with the book, the more I developed a kind of 'fuck the world' attitude, where I got sullen and more cynical about human experience," Smith told Polygon of his time writing. "I wasn't much fun to be around when I was working on the book; writing it required me to put myself into a specific frame of mind."

Big Jack is Dead follows Jack Hickman, an introverted software designer coping with the suicide of his estranged father. The storyline jumps between the past and present, painting a picture of Jack's childhood and adulthood and strained relationships with his family. Smith says the story is "85 percent autobiographical," with several major tweaks for fictional purposes.

"Writing gives me another way to voice some of my feelings."

"I took out most of the good things and decent, nurturing people from my early life, and perhaps exaggerated the corrupting, undermining or damaging people," Smith said. "A better way of putting this last bit might be that I chose to display them through a subjective lens that conveys how I believe they affected me. Also, I kept my mother alive to see what she might have been like, had she survived past her very early twenties."

Smith said he's written "on and off" since he was a teenager, and that it's always been an emotional outlet for him.

"Writing gives me another way to voice some of my feelings — or rather to twist my memories around until they make sense to me, or are presented for others as a narrative that makes me feel understood," he said. "There's also the enjoyment of 'transport' that comes from creating a new place, a new reality, and the love of words and phrasing."

Ricardo Bare, Arkane's lead designer, began work on his young adult novel Jack of Hearts in 2009 after Midway Games, where Bare served as creative director, filed for bankruptcy and laid off staff.

"It was a heart-crushing experience for me, since I was creatively directing an original IP that I loved and pitched to Midway," Bare told Polygon. "Things were going well and I was working with a fantastic team, some of whom eventually came onto the Dishonored team as well. I imagine that IP is now moldering in some dank basement of whatever company snapped up all the bits and pieces of Midway. 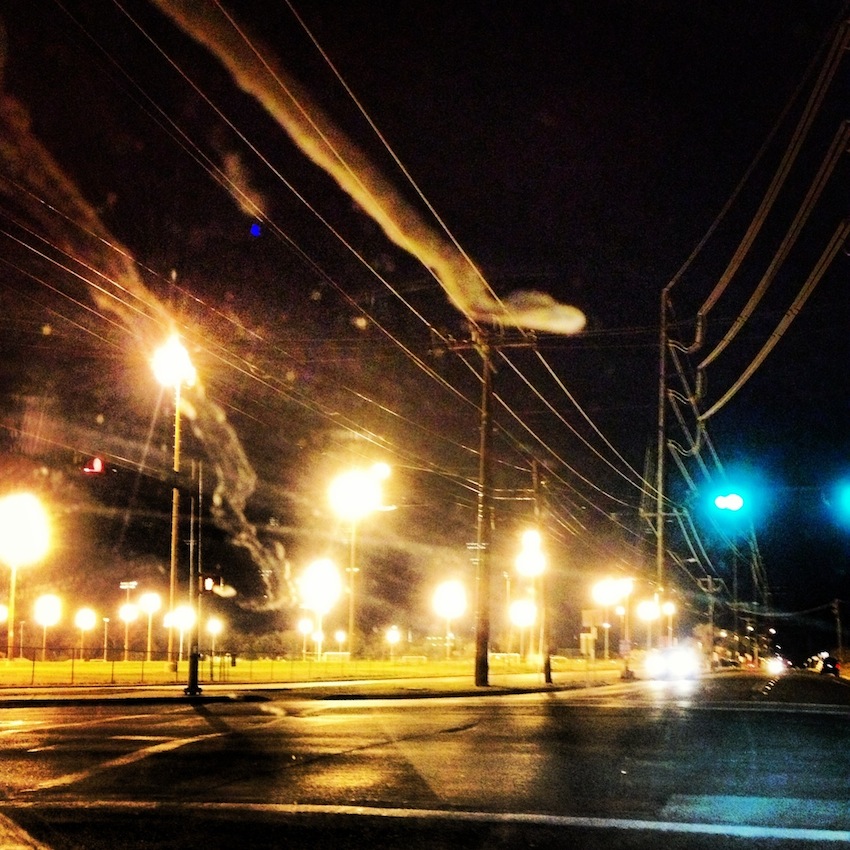 "It's perhaps not entirely coincidental that the protagonist of Jack of Hearts is a boy who trades his heart to a witch in order to nullify his feelings," he adds.

The young boy receives otherworldly powers that transform him into a hunter bound to do the witch's dirty work, which sends him into the path of conniving wizard and a beautiful, helpless young woman. He begins to feel again and must decide if his heart is worth taking back.

Bare spent the time following the shuttering of Midway, working contractor jobs to make ends meet, pitching that final Midway IP to other publishers and working at a neighborhood coffee shop on Jack of Hearts, a book that he said was "fueled by caffeine and anxiety."

After joining Arkane to work on Dishonored, Bare sporadically worked on Jack of Hearts whenever he could find time. That means he wrote late at night, on weekends or on long plane rides between Arkane's studios in Austin and Lyon, France. For Bare, working on his book was also a "little bit of a retreat" from developing Dishonored.

"Despite how hard it is, it can be rejuvenating, creatively."

"Despite how hard it is, it can be rejuvenating, creatively," he said. "Also, I'm fortunate — a lot of my co-workers happen to be excellent authors: Anthony Huso, Austin Grossman and Harvey Smith to name a few. It's encouraging and inspiring to be around others who have similar aspirations. We make each other better."

"It does involve a huge shift in gears, away from project planning, collaboration, and unified democratic effort, toward something much lonelier and more isolating, but also something very reactive," Smith said of working on Dishonored and his book simultaneously. "Writing is a very nimble craft, allowing you to control everything, and reshape major or minor elements instantly according to whim.

"For me, switching between the novel and a team-based game effort is not difficult," he said. "With Dishonored and Big Jack is Dead, both works take place in very dark worlds. In ways, switching from one to the other alleviates the downsides of both, providing a break, an alternation."

Smith says that games rely heavily on technology and how the player interacts with it — something you don't need to take into account when writing a book. Bare agrees, adding that while different, both are equally rewarding. 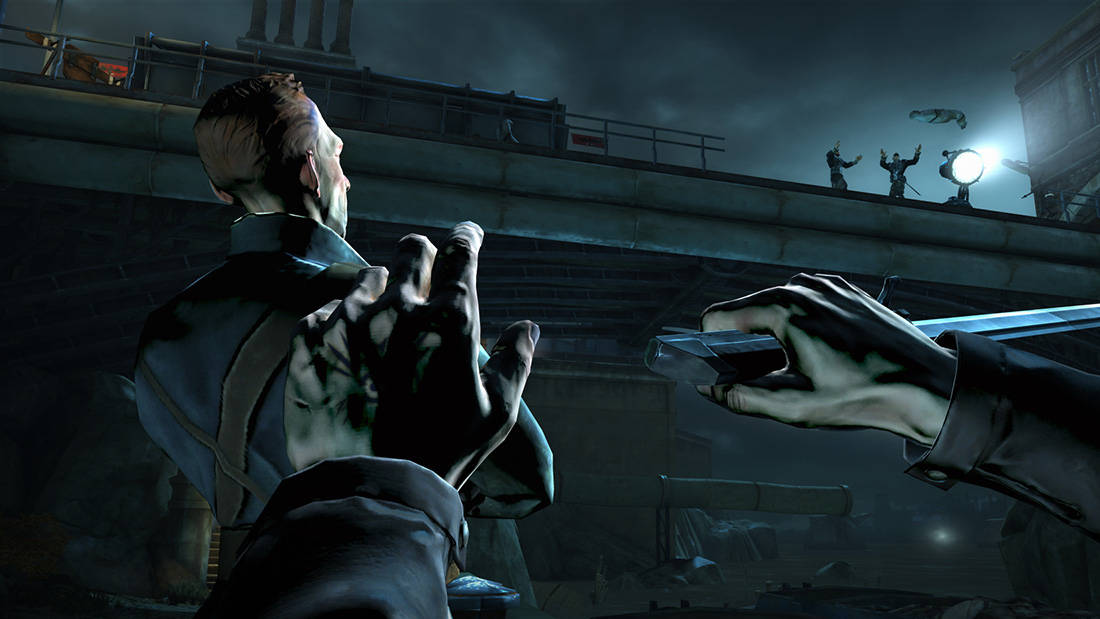 "It's like being in a band," Bare said of game development. "You have lots of excited, creative people working together to bring this shared world to life. Writing a book is solitary. You work alone. There are ups and downs to both models of course, and I find both experiences to be creatively rewarding."

So why not make these stories into video games?

"For Jack of Hearts I wanted to tell a story myself, rather than create an interactive experience," Bare explained. "Writing is an outlet for me where I have all the creative control, but also all of the responsibility."

"Games feel like a living test-bed for the player to assert him or herself, whereas a novel is the chance for the writer to take over a reader's reality for a while."

Bare has thought about how Jack of Hearts would fare as a video game, but ultimately the book's content wouldn't translate into a set of interesting mechanics. If he were to make a game from his story, he said, it would likely be an action role-playing game. While some elements — like his fictional system of making and breaking curses — could be gamified, Bare thinks the game would have to be something "more special" than just an RPG.

"I wouldn't want to play a Jack of Hearts game just so I could have a branching conversation with [another character,]" he explained. "That stuff's okay, it's just not enough, and it's not what makes a game uniquely a game to me anyway."

As for Smith, Big Jack is Dead just felt right as a book: games inherently let players exert some control over situations, and Smith had a story to tell that asked his audience to simply take it in.

"One medium just feels so different than the other, and there's an intuitive understanding of which is right for any given project," he said. "Games feel like a living test-bed for the player to assert him or herself, whereas a novel is the chance for the writer to take over a reader's reality for a while.

"That said, I've thought a lot about the game version of the book, wondering about how to model the erosion of self-confidence or the transmission of negative behavior from parent to child," he added. "Even if you didn't manage either of those (lofty) goals, creating a stealth game in the setting of the book, with the child as a protagonist, would be fascinating to me."