The tenth expansion pack for The Sims 3, Island Paradise, will allow players more freedom, giving them the ability to "move between worlds" and build on multiple private properties within them, producer Graham Nardone told Polygon.

Island Paradise is a thematic expansion centered on providing Sims with vacation spots and a bit of aquatic adventure. The pack includes a handful of new features, including the ability to drive and lounge on boats, scuba dive and explore the ocean floor for fauna, fish and forgotten treasure.

Houseboats have also been added in Island Paradise, allowing players to take their home on the road — or rather, the waves. Houseboats can be used to float just about any kind of structure — including restaurants, bars and other establishments — and are not exclusive to only personal residences.

Players can build and run their own resorts, retaining complete control over the buildings. Sims can be sent to these resorts to partake in pools, spas, buffets, massages and a number of other luxury vacation perks. Buildings can also now be built out over the water, resting on docks several feet out from the beach. 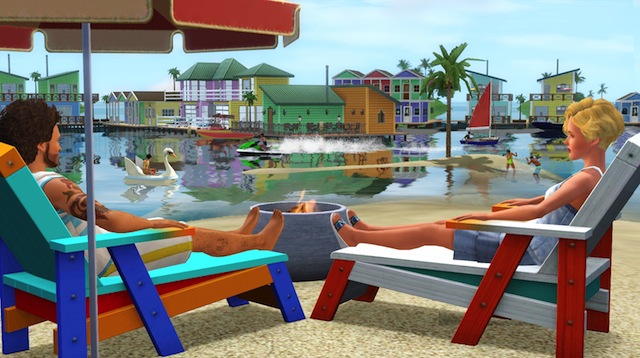 Nardone said the new elements in Island Paradise help Maxis to set up separate world that players can move freely in and out of, much like the new world created for the title's ninth expansion Dragon Valley. These worlds will also include properties the Sims can purchase, and part of that freedom of movement stems from the Sims' new ability to own multiple residences and move between them at will.

Nardone noted that Island Paradise is not the last Sims 3 expansion — one more is coming later this year and will include elements of time travel.

"We've teased a few things about it but right now details are really scarce," he said. 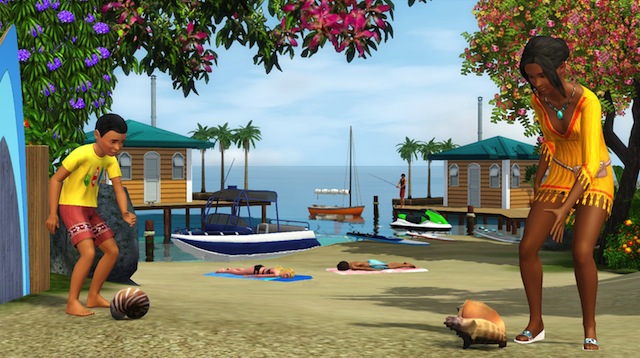 Nardone also noted Maxis and Electronic Arts have yet to finalize plans on the eventual discontinuation of content for Sims 3, adding that the game will still be supported through the Sims Store, though no final plans have been confirmed.

As for what will become of The Sims 3 once The Sims 4 launches next year, those plans are also still up in the air.

"Sims 3 isn't going anywhere," Nardone said. "We have a lot of players who really love it, and are really excited about the rest of [the add-on content] we're bringing out.

"We are still going to support The Sims 3, we've got a big community of fans and we love them," he added. "But at the same time, you're going to start seeing more about Sims 4 as time moves along. We'll help them with that transition."

The Sims 3: Island Paradise will launch on June 25.