The Computer Entertainment Supplier's Association, organizers of the annual Tokyo Game Show, unveiled the design for the main visuals of this year's conference alongside the theme of "Games: limitless evolution."

The visual, posted below, features a cybernetic character named "She" wearing an array of hardware and other technological tools. According to a press statement accompanying the visuals, her pose and outfit are meant to suggest that she is in the midst of transforming into something "beyond the reach of imagination," keeping with TGS 2013's theme of an evolving industry without boundaries.

The visuals were created by illustrator Ippei Gyoubu, who has been designing for the Tokyo Game Show since 2010.

"While character is the core of games, scattered parts are tools for games to evolve," Gyoubu said in a statement explaining the visuals. "The condition in which character combines with parts and transforms itself depending on the needs of the age is truly the ‘infinite possibilities' that games have." 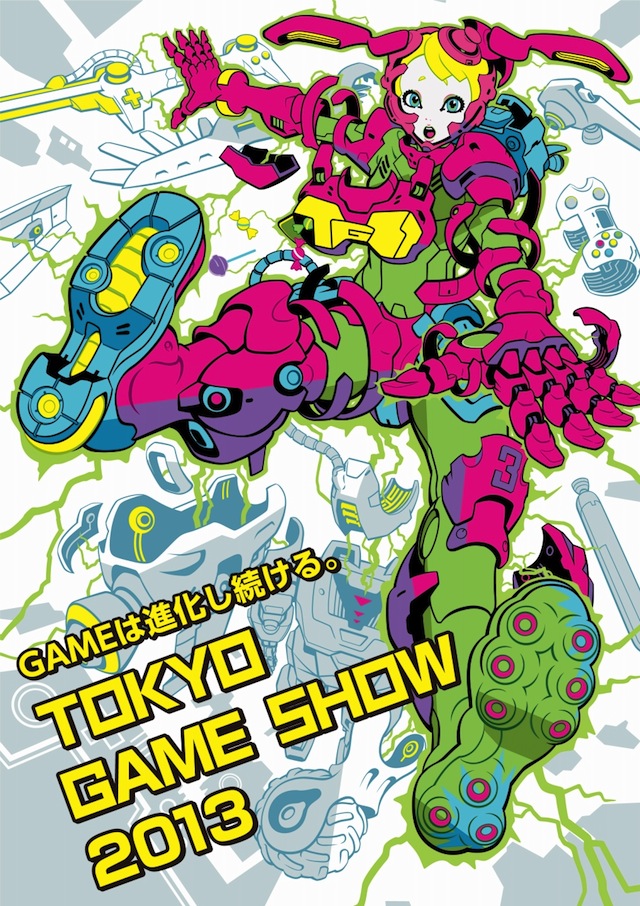