A prominent New Zealand artist, who has deep roots in graffiti and street art, is working with a band of indie game devs to bring to life one of her long running and most popular street art characters: the gothic Holly Melancholy and her monster-filled universe.

Holly Melancholy is a witchcraft-practicing "brave and courageous" goth girl, who is into reading books, "doing her own thing" — especially casting spells — and making potions.

"That will be sort of the main mechanics through the game, collecting these different ingredients to make herself these different potions," Holly Melancholy artist Tanja Jade told Polygon. "Which she can drink to give her super powers. This is the fun part developing the game as we go along, figuring out what is going to happen to her when she drinks these potions and what sort of powers she is going to have."

Holly will also have a "ghost buddy" that will be her companion throughout the game, that will fight alongside her. It isn't decided whether the ethereal character will be "hovering over and using weapons to fight the other creatures or if Holly will control her."

Developed by a team of indie devs pulled together by New Zealand game developer network, InGames, the title is a 2D action platformer, with plenty of blood-soaked hack-and-slash thrown in for good measure.

"Mechanics are primarily platforming through a lively world filled with action and drama," said the project's game designer and developer James Lambourn. "A little bit of environment puzzling will happen, as well as slaying all manner of weird enemies through melee combat and magical abilities."

Lambourn said all aspects of the game's design were inspired by Holly's universe to ensure the gameplay won't suffocate Holly's charm.

"The gameplay is designed with the same quirkiness as Tanja's work in mind, in order to make the player feel as if they are visiting the world her creations came from," he explained. "It won't stand out from the game, but enhance the feeling that Tanja's work inspires."

The current plan is for the game to be eight levels long and will initially see a release on Windows PC and Mac; but Jade has plans to see it eventually ported to smartphones and tablet devices. The team created a pre-alpha demo, as a proof of concept for the core elements of the game, working with Jade to nail the art style. 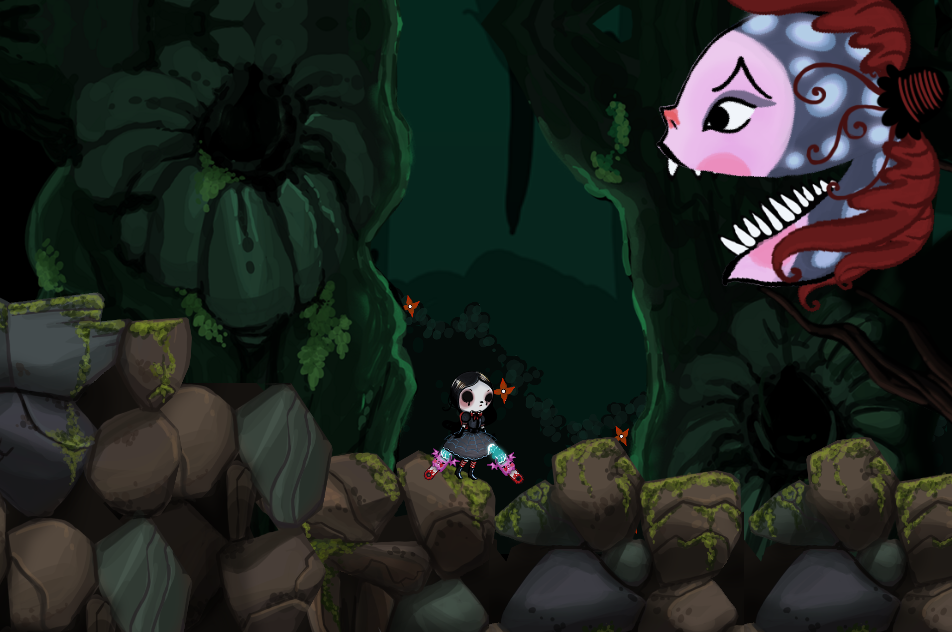 "I'm just psyched to see Holly moving around, seeing Holly chop stuff up with a chainsaw," Jade said. "But I really want to focus on getting the whole look of it really sharp and amazing and making that real point of difference in the game.

"I am really quite interested in how stylistically the outcome will be. I would really quite like it to be really painted textured airbrushed sort of style."

Jade's art was "recognized quite quickly" in the graffiti and street art scene, which happens, as she explains, if an artist does something that is a little bit different in the small country. One of her first street art characters was Holly, who was conceived in the early ‘00s and rapidly became an iconic character.

As a result of the popularity, a Holly Melancholy-centric art show was exhibited at a distinguished New Zealand art gallery in 2008, which set the tone for future shows worldwide. Jade explained to Polygon about her drive to pull Holly from the static through into the interactive.

"Holly Melancholy was probably one of the only characters that I've drawn for a really long time," Jade said, who is also known as Misery, her artistic alter ego. "Because I'm really quite an impatient artist, I have heaps of characters and I'm always working on different projects, that I feel that she needs to be more than just a picture."

"It has just been on my wish list of thing that I must do before die, so it has been a goal to find people to make a game."

The original artwork will be ported into the game and brought to life by digital artist, Lianne Booton.

"I can't animate and she is going to definitely help with that side of things, so I'll be doing characters and a whole heap of the background and Lianne will make everything move and will definitely help out with the background," Jade said. "This is where we would do some experimenting, because I want to try to keep it sort of organic and rough and painterly looking."

The team have been catching up once a week for brainstorming sessions, which covers the game design aspects. Jade feels that the next step is to spend time with Rhys Morgan, a writer and director whose "sense of humour is perfect for Holly," to help flesh out the plot. Jade will then storyboard Morgan's work. 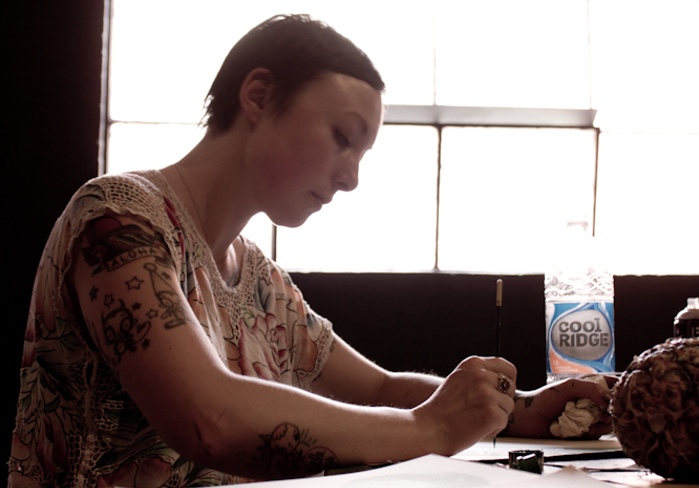 "It's all sort of come together so quickly," Jade said.

Players‘ feedback will be instrumental during the game's development, but not just to offer playtesting and gameplay feedback, the team wants to crowdsource content ideas so the community can help shape it. This will be conducted through a series of demo events, with the first running around May 15.

"We'll have a game demo and all of the donors and whoever is interested to come along to play the game and give their feedback," Jade said. "So yeah, I love the idea of people submitting their ideas and concepts, like if they have crazy villains or certain scenarios they think should happen. I would love their involvement, I think that would be really cool."

"Which is really great but I guess the Arts Foundation of New Zealand don't see video games as being art, unfortunately," Jade explains. "So they will only help to sponsor the art side of it, but I think it would be totally worth doing a Kickstarter or something like that as well.

"So we have sort of got to this point where we have this amazing team but we can't go too much further just yet until we have got some more capital to just cover everyone for their time," she said. "Hopefully we will raise enough funds to at least give us a couple of months to dedicate to this project."

As for the future, video games isn't the only medium Jade envisions for Holly; she sees her being in books and animation, she "definitely see her being bigger than being in just one thing." Following the success of launching a clothing line in Japan, she believes that the Japanese market will be perfect match for the Holly brand, and to take the game there "would be incredible."

Holly Melancholy has a broad fanbase, but the game will be aimed at 20 to 30-year-olds, a demographic already reflected by the popularity of Jade's art. And although there will be hack-and-slash elements, Jade hopes to see children "psyched to play the game as well their parents and grandparents!"

"I believe the game will appeal to a wide audience," Jade said "I feel lucky that the style of art I create it seems to resonate with people of all different ages and demographics. People really seem to connect with the characters. My goal is to make Holly's game a visual gem that stands out amongst others as well as being adventure-packed and exciting to play."