Flashback creator Paul Cuisset is teaming up with publisher Anuman Interactive to port French RPG Darkstone from PC to iOS and Android devices, the publisher announced.

Cuisset is working with games studio Artefacts to bring the remake to life this June. Like its predecessor, the new project will include over 100 levels and four playable classes, in addition to a touch-based interface and remixed audio. The image below offers a glimpse at the graphical difference between the new and old games, with the new title shown in the first image.

"We are sure this new version of Darkstone will win mobile players' hearts, just as happened with PC players," said Anuman's publishing director Alain Milly.

"This new version is more accessible and the new interface allows action phases that are much more dynamic, thanks to the touch features of those devices."

Darkstone was originally released on PC in 1999. The Diablo-inspired title was developed by Flashback studio Delphine, under Cuisset's hand. 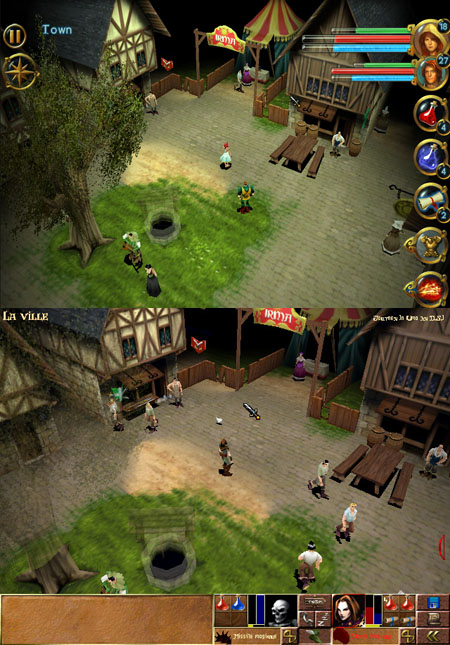