Kingdom Hearts HD 1.5 Remix will be available exclusively for PlayStation 3 in North America on Sept. 10 and in Europe Sept. 13, Square Enix announced today.

Pre-orders for the title will include a 24-page hardcover artbook featuring sketches, designs and renders from director Tetsuya Nomura, as well as unused artwork and designs previously unreleased in the West. Square Enix notes that the artbook will be available only while supplies last at participating retailers.

Check out the photo below for a look at the artbook available with pre-orders for 1.5 Remix. 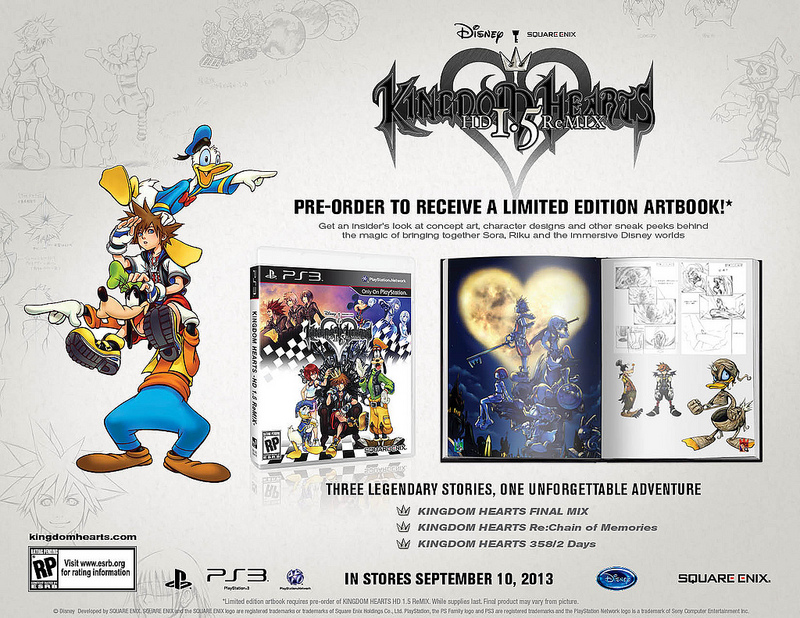