Share All sharing options for: StarDrive review: lost in space

Review and information for StarDrive

StarDrive is a ship without a mission.

Developer Zero Sum games has taken StarDrive from a successful 2011 Kickstarter campaign to a release on Steam. There's a real sense of ambition and scope on display in their first project, but that ambition seems to have gotten the best of them. There are a number of well-realized systems in place in StarDrive, and the customization and strategy options combine with the standard 4X formula to create something unique. But a host of technical problems and incomplete features align with StarDrive's minimal structure or direction, leaving a hole where the game should be.

StarDrive doesn't have a story, as such. Instead, Zero Sum has built a universe and its fiction. There are eight races just entering an era of faster-than-light travel, discovering deeper space and other solar systems and galaxies for the first time. There are humans, but the real character comes from the strange menagerie of other races — the plant-based flower people, the cybernetic insects, a warrior-poet race of bear-people, and more. Each race has a default set of strengths, and for several, weaknesses as well. These can be tweaked when selected by the player to customize their civilization in particular ways, but you can't make a godlike super-race — you'll have to balance huge benefits with equally large trade-offs.

The basic goal of StarDrive is to colonize new worlds and to advance your species' influence in the galaxy. You do this by building colonies and ships, and by researching new technology to travel further among the stars, all while dealing with the hazards and wonders of each randomly generated universe. StarDrive seems determined to let you do this your way. You're not just directing your empire's priorities, you are an architect of at least some of its technology. In the shipyard, you can select a basic structure for a ship and outfit it per your preference down to the power conduits running from the energy cells or nuclear reactors to every weapon or navigation system, but you have to carefully manage cost, performance, and speed if you want a ship you can use, instead of a thing that remains outside of your ability to construct it. 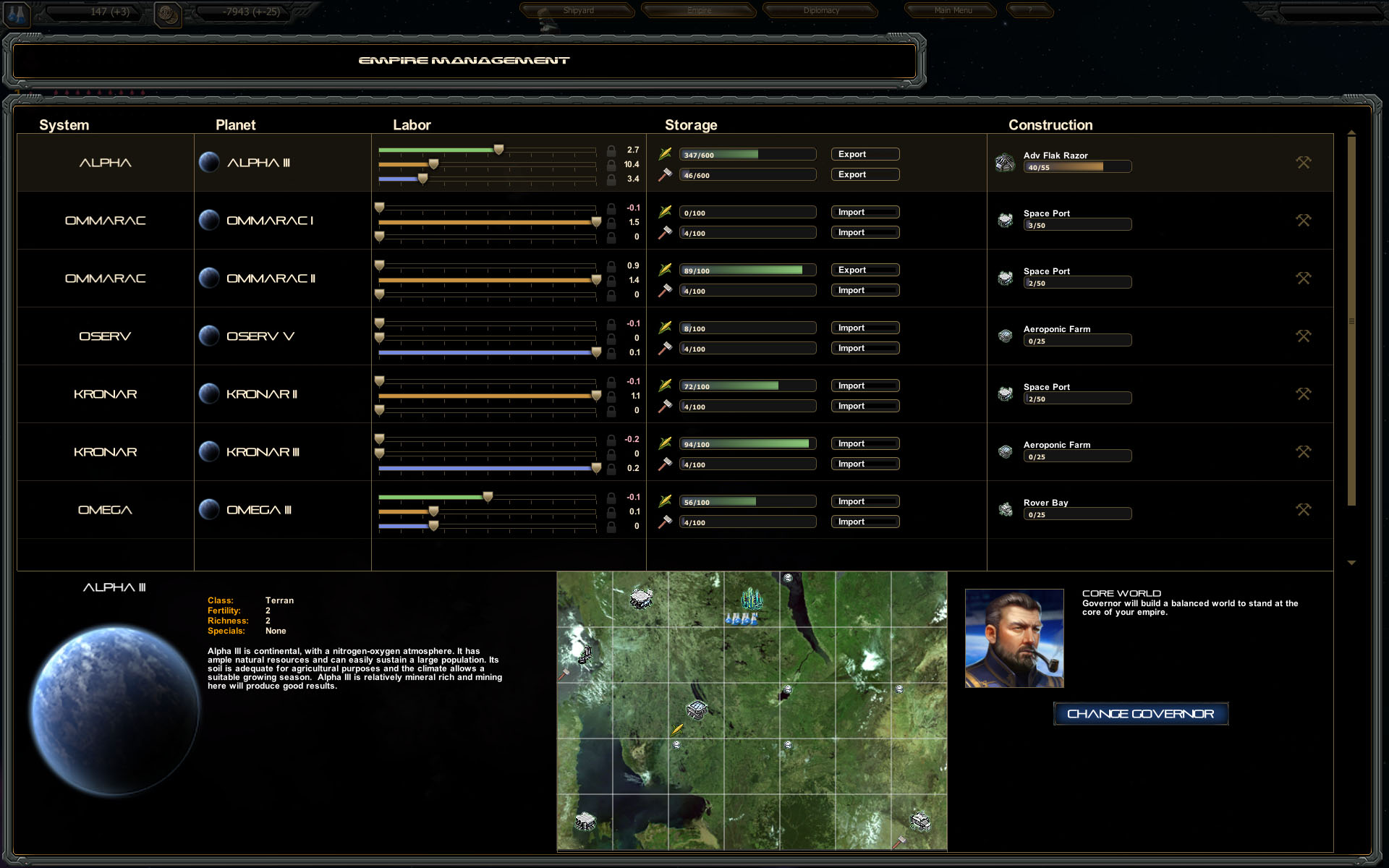 This sort of give and take, and the tangible sense of satisfaction inherent to those decisions, defines StarDrive at a fundamental level. Systems tie into other systems in smart ways that establish constantly shifting costs and benefits. Building a massive fleet might discourage invasion, but there's an upkeep cost for every added ship in your empire. You can raise taxes on the populace empire-wide to pay for that upkeep, but higher taxes slow down industrial production and research. More colonies mean more industrial resources and research assets, but you have to feed all of those colonists or you can't properly exploit a planet's resources. And every colony is another point of attack in the larger web of hubs and stops for your supply ships to visit. You can set scout craft to automatically explore the galaxy for new relics to find and new planets to colonize, but even obscurity has its benefits — other alien races can't invade you if they don't know you exist. But you can't form trade alliances or exchange tech with them if you never meet them in the first place.

This integration isn't unique to StarDrive, but there's an organic sensibility to the way systems relate to one another that combines with what is essentially a real-time system (though actions still take "turns" to complete) to create a galaxy that feels alive. It's easy to fall into a groove, colonizing planets, setting production, building a fleet, experimenting with the shipyard — it's hypnotic. This is aided by a "smart" AI system that lets you automate supply routes and space exploration, if you like. StarDrive is content to let you take as much control over the particulars as you like, but you don't NEED to. There's a wonderful sense of freedom and possibility to that — that you don't need to directly micromanage the game to have fun and find success. Or at least, I think it does.

Shy of one match where I lowered the competing race count to just one other species and reduced the map size to the smallest possible universe — all to finally secure a win and see what that actually looked like — in 24 hours of play, I have yet to successfully complete a game of StarDrive. In that time the game has crashed more than 50 times according to Windows' error logs. These fatal errors seem to occur during specific kinds of actions. I could often recreate them by moving a fleet to the same star system and engaging an enemy fleet. Sometimes it was as simple as trying to colonize another random star system.

Eventually I was saving every few minutes, as StarDrive's truly random event system cut me cruelly again and again. Multiple times I found a valuable artifact on a planet's surface — such as an ancient, functional destroyer or weapon upgrade — only to have the game crash minutes later. When I went back to the same location, the artifact I found there would be completely different. The triumph of finding great loot is a really great addition to the 4X genre. The agony of having that find ripped away unceremoniously by bugs was crushing. 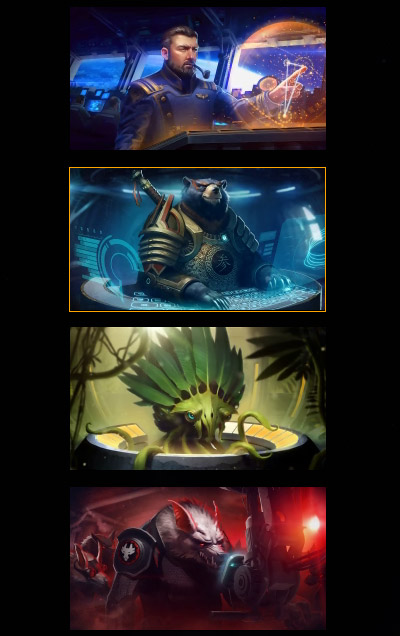 Later, when StarDrive wasn't crashing, the geometric increase in complexity wrought by as many as eight civilizations making galactic power-plays and generally operating their empires caused the simulation to slow to a crawl. On a Windows 8 PC with 16GB of RAM, a Core i7 3770, and an AMD 7970OC, the framerate dropped to single digits — the game even became unresponsive for extended periods, and not infrequently. The slowdown and performance problems were endemic to any match I played past a star date of 1500, unless I lowered the game's speed to a level that made the endgame an insufferable chore. But worse, by this point, in every game I played, without fail, I had lost any of the motivation I started with.

StarDrive's only endgame is complete annihilation of the opposition

I researched every technology in StarDrive, amassed an intergalactic empire, forged multiple alliances with other races, secured trade agreements, built spy networks, eradicated every Remnant fleet I could find. StarDrive's only endgame is complete annihilation of the opposition — and then whatever allies you might have left. Aside from the implied nihilism, this robs StarDrive of the depth and extended appeal of games like Civilization and the Galactic Civilizations series, which come with multiple means of achieving success and objective driven campaigns and scenarios. All StarDrive has to offer is a sandbox to play in.

To add insult to injury, even the best parts of StarDrive are often hidden behind an interface and wall of jargon that could prove to be impenetrable without the assistance of a search engine and the unfortunate first-hand experience of other players. The tutorial is limited to very simple descriptive text outside of the game proper, and StarDrive seems perfectly happy to remain tight-lipped about almost everything. For example, when I unlocked new ship types, I had to import their designs into the shipyard and closely examine their component parts to have even the slightest idea as to what their purpose was. For every example of a good, smart decision in StarDrive — you can retrofit all of a specific ship type to a new configuration with a few simple clicks, for example — there's a baffling design choice that doesn't serve to build a sense of discovery, but as an obstacle to understanding and involvement.

StarDrive has a deep reservoir of potential. The ship-building and fleet composition would be enough for many games to stand alone, albeit in a smaller package, and there's a charm and wit to the alien races and artifacts that dot its universe. I'd be lying if I said I didn't enjoy some of my time with it. After every crash, it wasn't long before I started the game up again to continue my space-faring odyssey, until, that is, I got bored with the lack of objectives beyond simple galactic citizenship or bloodthirsty conquest. Beyond the technical problems â which are significant â in its current state, StarDrive is a collection of neat systems and cool ideas that fail to form a cohesive game.

Our review of StarDrive 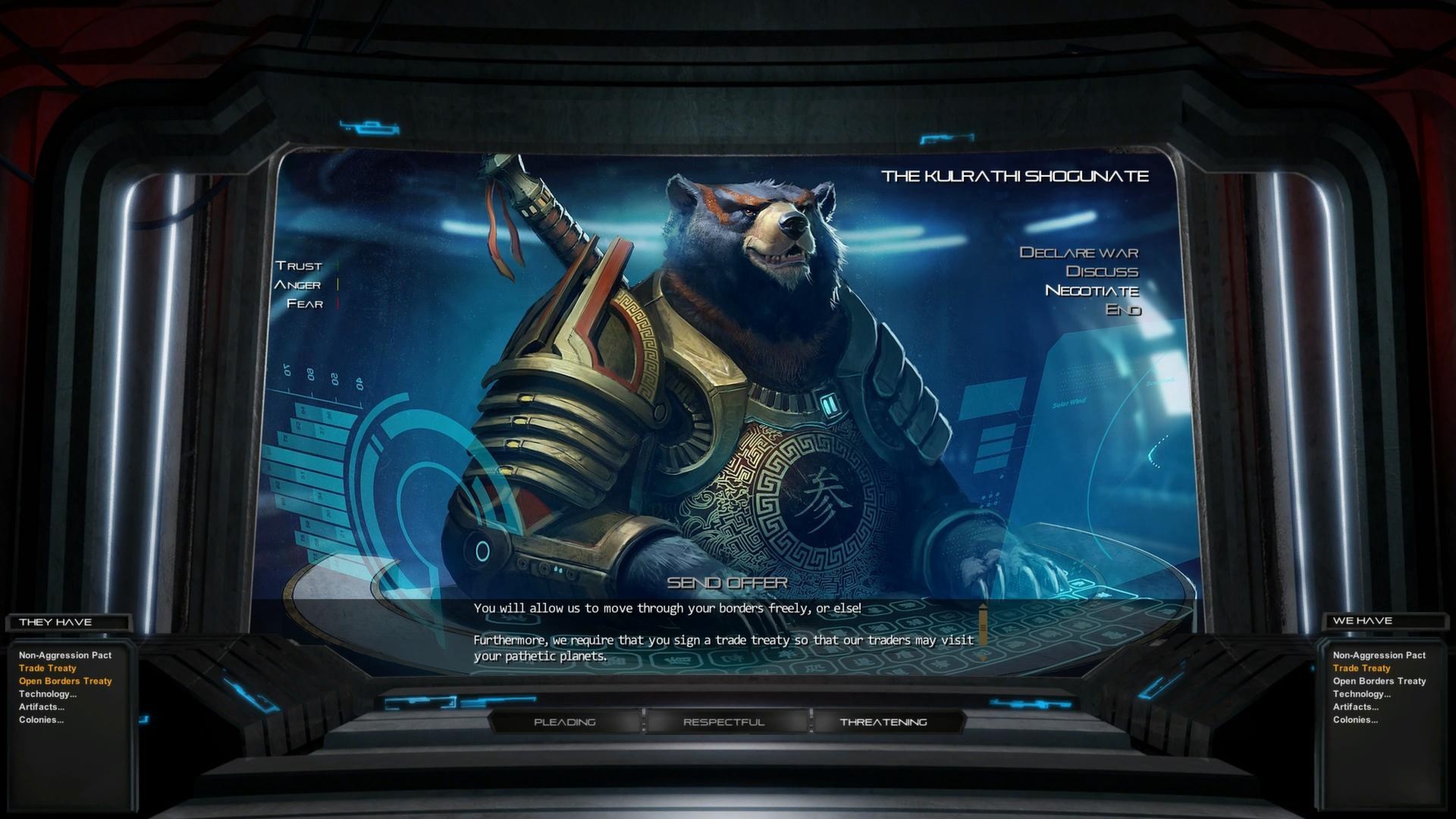