Leisure Suit Larry in the Land of the Lounge Lizards: Reloaded will be released digitally May 31 on Windows PC, Mac and Linux for $19.99 and on iOS and Android for $9.99, publisher Replay Games announced today.

A Replay representative told Polygon last month that the company was "shooting for" a May 31 launch on PC and Mac, but was unsure at that point of the release dates on Linux, iOS and Android.

Replay also announced today a second love interest for the game's protagonist, lothario Larry Laffer, that was chosen by its Kickstarter backers. Jasmine is a mid-20s woman who holds degrees in marine biology and interpretive dance, and she puts both those passions to work at the Caesar's Phallus casino. In the aquarium there, she performs as a mermaid who dances underwater with Mr. Wiggles, a teenage sperm whale. Jasmine takes care of Mr. Wiggles, and also has a third passion outside of work: perfumes, which she loves to collect.

You can check out artwork of Jasmine below. For more on Leisure Suit Larry: Reloaded, check out our interview with Austin Wintory, the game's composer. 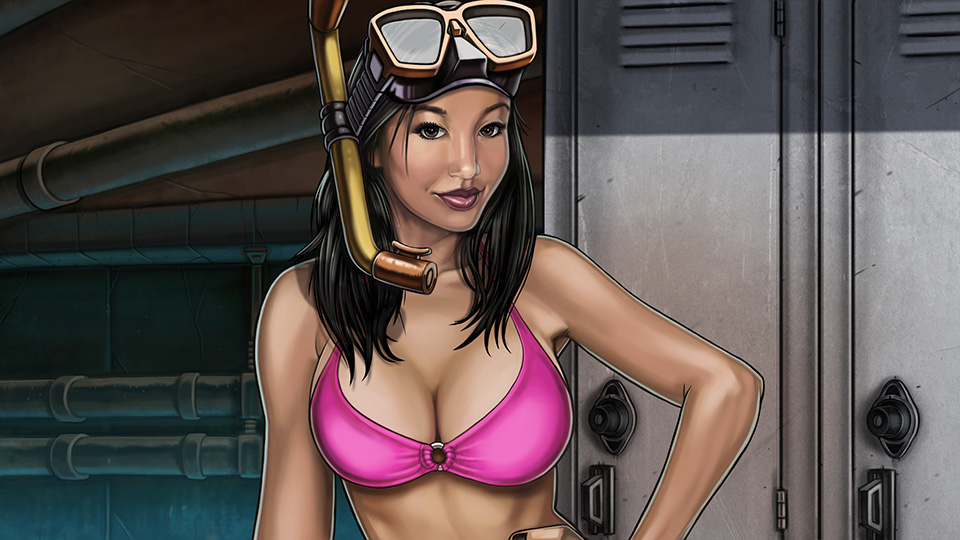