In a post on the company's blog, SCS wrote they have been experimenting with the hardware for a few days, and they have been able to get their truck-driving simulation game running on it.

"Looking around the cabin freely is incredible, it almost feels like being in there," reads the post.

SCS notes that the Oculus Rift, and subsequently Euro Truck Simulator 2's running on the device, isn't perfect yet but shows promise.

"It's not perfect, but it's a promise of great things to come for sure," SCS wrote.

In Euro Truck Simulator 2, players drive a truck across Europe, visiting cities along a delivery route, as well as picking up and dropping off various cargoes. Check out the screenshot below for a peek at how the game looks through the Oculus Rift. 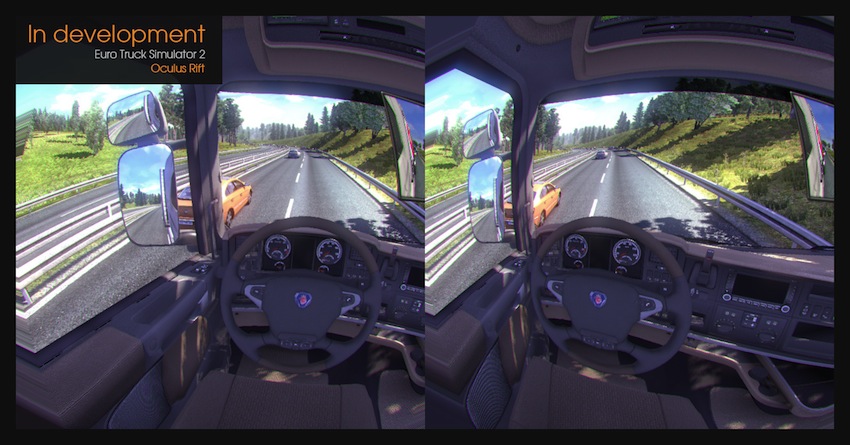