Rome 2 will ship with eight playable factions, and developer The Creative Assembly announced last month that all players will be able to download a ninth, Pontus, as free day-one DLC. Pre-order players will also get the Greek States Culture Pack, which brings three additional factions into the game — Athens, Epirus and Sparta — on launch day. Each of the Greek factions offers its own units, buildings, missions, win conditions and tech tree.

Sega also announced Rome 2's Collector's Edition, which will be available only in a limited production run of 22,000 individually numbered boxed copies. The $154.99 set contains the game in a Steelbook case that's laser-etched with the number of the package, as well as the following additional physical goodies:

You can check out an image of the Collector's Edition below, and pre-order it or the standard edition from the Sega Store here. Below that image are two screenshots from the Greek States Culture Pack. 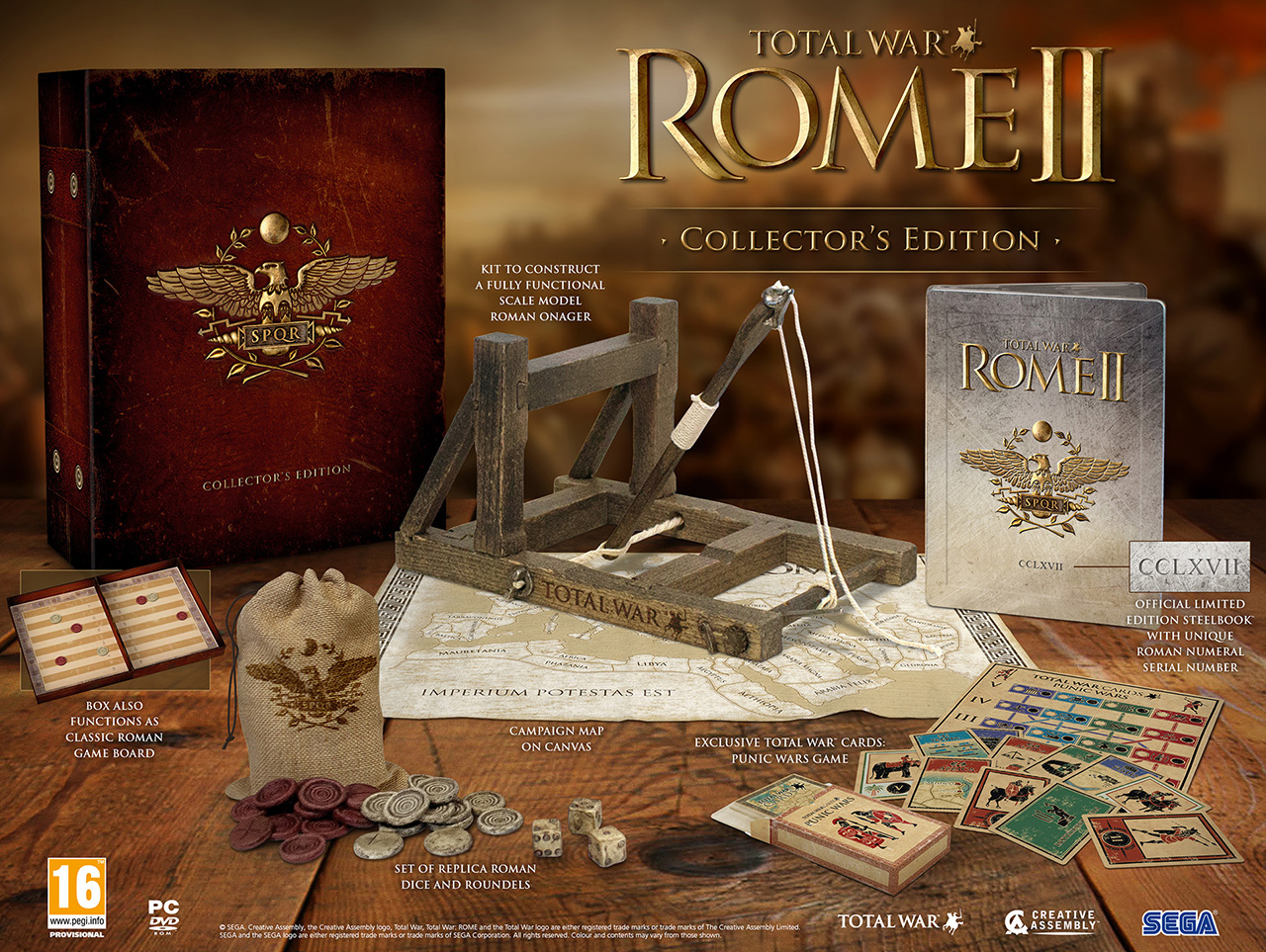