Andrew Spearin spent five years in the Canadian Army Reserve as an infantry soldier and bagpiper. He was never deployed in combat, but even during his time in basic training in 2002, he realized that video games featuring war did a poor job of capturing the entire scope of the combat experience.

"I was ... literally sitting in a trench thinking that 'hey, games get this wrong, so what can I do to make this right?'" said Spearin in a recent phone interview with Polygon.

Spearin eventually began work on a Half-Life 2 full conversion mod that he called Operation: Counter-Insurgency. Some of the developers behind Red Orchestra: Combined Arms — the popular total conversion mod for Unreal Tournament 2003 and 2004 — later joined him to form an international team working on his mod, which was renamed Insurgency: Modern Infantry Combat. The developers released Insurgency in 2007, and it went on to win the Mod of the Year award from mod repository Mod DB.

Today, Spearin is serving as the community manager for New World Interactive, a dozen-man studio that consists primarily of developers who made the original Insurgency and Red Orchestra. They're working on a standalone sequel to the mod that's simply called Insurgency, and although both the circumstances and the stakes are different from when they were developing the original mod years ago, the process is nearly identical: It's all about the community.

For Spearin, 27, video game realism isn't necessarily about lifelike physics or a perfectly recreated environment, although those pieces matter. War games tend to leave out elements that are more difficult to convey through gameplay, such as the camaraderie that's so essential to surviving in combat. Due to the decade-long wars in Iraq and Afghanistan, Spearin explained, more players of military shooters than ever before actually have combat experience, and know what it's like "beyond just how to shoot a weapon, but how ... you interact with your fellow soldier."

The kinds of shooters from major publishers that focused on teamwork — tactical titles like Tom Clancy's Rainbow Six, Rainbow Six: Rogue Spear and Rainbow Six: Ghost Recon, all of which Spearin counts among his favorites — seemed to go in a different direction, a path Spearin believes was influenced by a desire to simplify the experience for console players. He acknowledged that it's easier for New World to do its own thing because it's a small indie studio, but also pointed out that that's crucial for Insurgency's success because the company can't compete with the massive publishers that release games like Call of Duty.

It is a niche, but not necessarily a tiny one; the original Insurgency mod was downloaded 1 million times within its first week of release, according to Spearin. New World wants to cater to that specific group, and while the studio is making changes to the fundamentals of the mod in an effort to broaden the audience somewhat, it isn't turning Insurgency into a mainstream product.

"If [players] don't understand [that] running-and-gunning doesn't work [in Insurgency], then they're not going to enjoy it," said Spearin. "So we really need to create a brand and an essence that attracts the kind of gamers that are looking for that experience" — an experience they won't get from the biggest shooters on the market.

"Often in the mod days, a lot of people said, 'I would pay for this mod'"

Spearin and his international team of modders built the original Insurgency as an experience that emphasized squad tactics and guerrilla fighting for the opposing factions, the U.S. Marines and the insurgents, in objective-based combat for up to 32 players. Its morale system encouraged and rewarded teamwork, leadership and the use of tactics.

"Often in the mod days, a lot of people said, 'I would pay for this mod.' It was that good of an experience that people felt empowered to support," said Spearin. "So that's where really we got the idea and the confidence to pursue the commercial portion of Insurgency."

The developers of the mod were accustomed to working in a way that's common for mod making, but not for traditional game making: constant iteration based on community feedback. So they launched a Kickstarter campaign for the Insurgency full game last July, a time by which Kickstarter had become well-established as a platform for community-based development. But the campaign failed, pulling in only 37 percent of its $180,000 goal, and New World has rebuilt Insurgency since then.

The studio launched its own "early access" campaign in March, allowing players to pre-purchase an alpha version of the game for $14.99 and start playing immediately. Spearin said New World was unaware at the time that Valve was about to launch its own Early Access program later that month, and once it went live, the studio reached out to Valve and got Insurgency on Steam. 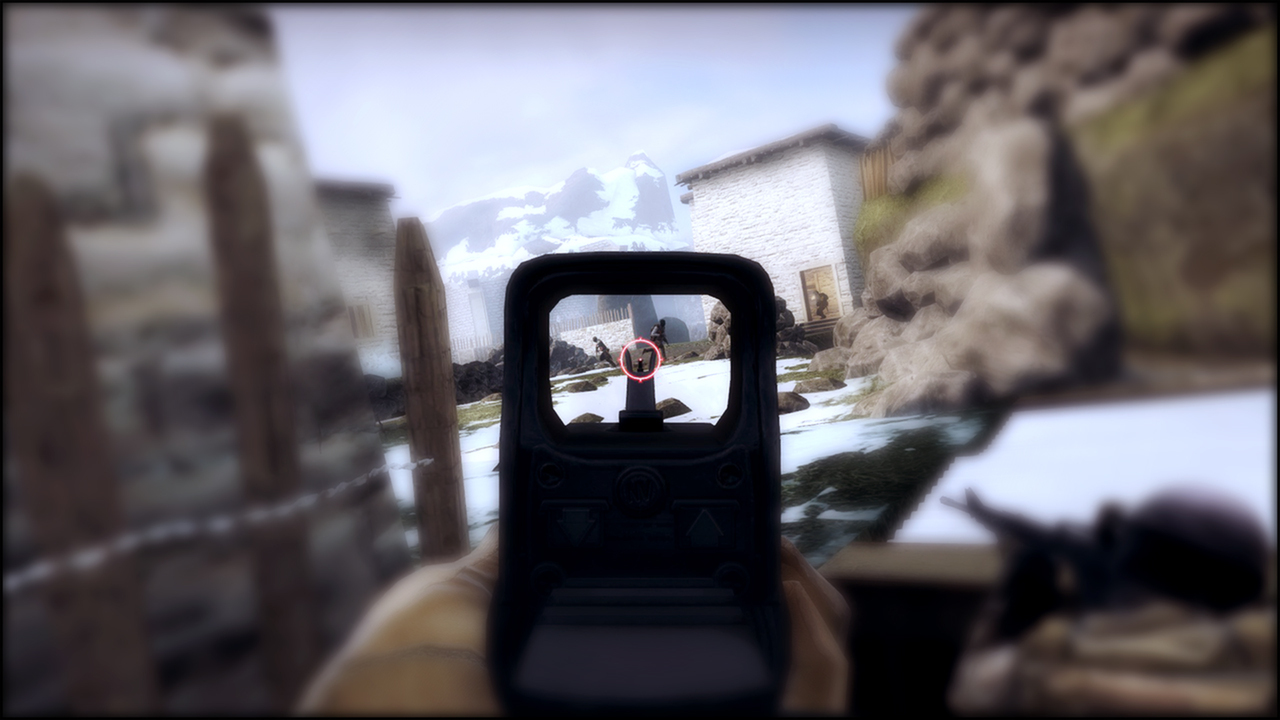 "Early access, to us, really made a lot of sense according to how we were used to developing the original mod," said Spearin. "It just felt like a really intuitive process in terms of building a product that isn't necessarily quote-unquote finished and complete and polished off, but getting it out there to our community to get that feedback."

The initial contingent of Insurgency players consisted mostly of fans of the original mod, but now that the game is on Steam, there has been an influx of users who aren't familiar with the mod. They often have conflicting desires on where to go with development, and their opinions may also differ from New World's own vision.

For example, the player base was pushing for larger environments, as well as a class-based role-playing system for upgrading characters. The developers acquiesced to the former request, but decided they wanted to keep the existing supply point-based system, in which a team gets supply points that can be spent on upgrades.

"It's an interesting balance we're trying to strike between sticking to our DNA and our roots, and bringing in these other features and expectations that gamers have now," said Spearin.

It's a challenge, but Spearin can't picture New World doing it any other way, whether it's for Insurgency or any future projects the studio may work on.

"I can't even imagine working in isolation for two to five years developing a product, not being able to talk about it or solicit feedback on it," he said. "It's how we've always done it, and I'm pretty sure it's how we're going to continue to do so.

"Even if we were a multimillion-dollar studio, we would probably take the same approach."

Insurgency is available as a Steam Early Access title on Windows PC and Mac for $14.99; New World also plans to develop a Linux version.