Mushroom 11 and The Swapper are two vastly different games with one common ally: Indie Fund, a funding source for independent developers with remarkable titles.

During Indie Press Day 2013, Indie Fund partner and Braid creator Jonathan Blow demoed both games to Polygon. Mushroom 11 is the current project of Rope Rescue developer Itay Keren. The game was picked up as an Indie Fund-backed project in November of last year. According to Blow, the collective was struck by how different it was.

"It's really immediate that there was an idea here that we hadn't seen," Blow said. "We saw right away what the game was about."

In Mushroom 11, players control a fungus-like creature as they explore and overcome obstacles. The trick is to cut off parts of yourself while you progress; your changing form will continue to regenerate itself to remain a constant size. Parts can be cut off to switch on doors or simply sacrificed to bridge gaps and more. The game has a very organic presence to it and requires a certain level of foresight to be successful.

According to Blow, Keren and Mushroom 11 met the criterion for Indie Fund's standards in several ways. Beside being an independent developer, Keren had the ability to create the game on his own.

"[Keren] has a strong enough design that we can see if we fund it, he'll be able to be self-sufficient after this," Blow said. "Part of our mission statement is to first of all help independent developers get independent financially. You can call yourself independent, but if you're scraping by all the time, you're not as free as you'd like to be."

"We want people to have enough money that they can do what the want and stay that way and launch themselves into orbit as a developer," Blow added. 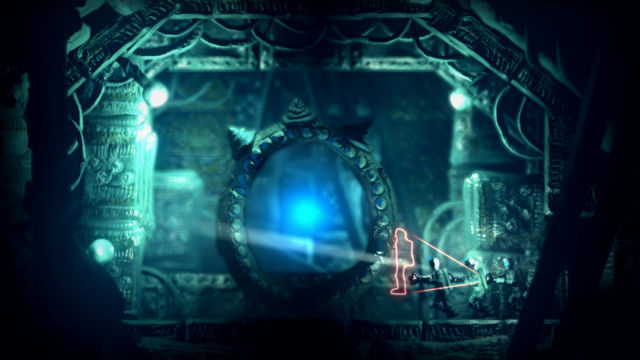 Finland developer Facepalm Games and its title The Swapper have a similar story. With at least five indie awards already under its belt and a continually rising number of nominations, the game has proven itself to be a rare find. After experiencing the game for themselves, there was no doubt Indie Fund wanted to support it, Blow said.

"It's got a great mood — a fundamental game mechanic that is a little like other games, but it's done in it's own way," Blow said. "As you play through the game, it's very strong in the way it uses that very basic idea to generate very interesting puzzles."

Players create multiple clones of themselves while exploring abandoned areas in the outer limits of space. The Swapper is heavy on its atmospheric tension, plunging characters into dark corridors and beautifully crafted clay environments.

"It's not just that it's a beautiful game and that the graphics are good, but it's got this 'je ne sais quoi' where it's a well constructed object from beginning to end," Blow said. "It feels really compelling in that way and very few indie games do that. When you don't have a budget, that's the first thing that falls away."

The Swapper launched May 30 and is available for Windows PC. You can purchase it through Steam or the game's official website. Mushroom 11 is currently in development for Windows PC, Mac and iOS.