Hometown Story: Once more with feeling

Share All sharing options for: Hometown Story: Once more with feeling

I'm talking to the man who is making a 3DS game called Hometown Story, previously called, without a single ounce of irony, 'Project Happiness'. His meter is cutesy characters with guileless eyes and squeaky voices and noble intent.

And yet, here we are talking about shooting games.

We are seated in a small room on the Natsume booth. He speaks gently, in lilting, romantic Japanese. I can barely hear him above the crashing din of E3. "Most games today are about violence and aggression,' he says, via an interpreter, shaking his head, very slightly.

Of course, Yasuhiro Wada is not impolite enough to actually criticize this lamentable state of affairs, merely to draw attention to the facts of the matter. "These games are often fun," he says, in a way that suggests he's merely making an assumption based on the evidence of them being played by millions of people.

His games are very different, as anyone who has played the long-running Harvest Moon series will attest. "I want people who play my games to feel emotions," he says. "To find happiness, to experience the satisfaction of human connections and stories."

Then he uses a word that, in 15 years of interviewing game developers and executives in little rooms on E3 booths, I have never heard uttered before, a word so shameful and loaded that I blush, dear reader, to repeat it in your presence. He says he wants players to feel "sentimental".

He does not use this word in the scornful modern sense of 'slushy', 'lachrymose' or 'mawkish', but in the ancient, non-cynical sense of 'having nice feelings', that blooming flower of lovely that begins in the general vicinity of the lungs, compacts itself into a tight little ball, travels to the throat and upwards, to the face. You may, from time to time, have experienced this phenomenon yourself. 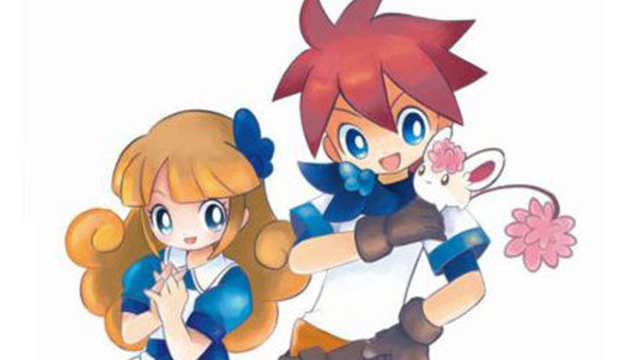 But this time, the neighbors are more than ciphers for transactions. They have stories, and the gameplay is centered, not merely on the strategic toil of growing a cartoon-world retail empire, but in seeming to make these characters feel happiness, and in turn drawing your own happiness from this transaction of (to use another scandalous Yasuhiro Wada-word) "heart".

It is entirely possible that Yasuhiro Wada's private passions include double-parking on weekdays, kitten-roasting and vigorously campaigning against same-sex weddings. But I doubt it. He wants to create worlds in which people help one another, care about one another, are nice, generous and kind. When it arrives, I will be playing Yasuhiro Wada's new game.