After a crazy year, Bohemia is hoping for a much, much quieter life

Share All sharing options for: After a crazy year, Bohemia is hoping for a much, much quieter life

No other company in gaming has experienced a weirder year than Bohemia Interactive. Apart from pulling together the much-anticipated military-sim behemoth that is ARMA 3 the firm has enjoyed one of the biggest surprise-hits of the year, through Dean Hall's ARMA II mod DayZ, now being turned into a standalone game.

But much, much stranger was the arrest last year of two of its developers, holidaying on the same Greek island-setting for ARMA 3 and arrested for espionage. As detailed in a Polygon interview earlier this year the two men, Ivan Buchta and Martin Pezlar, spent four months in a Greek jail. Now back in their home country the Czech Republic, they are still awaiting trial.

We could hardly focus on work anymore.

Apart from a few official statements, Bohemia has largely kept quiet about the affair, but CEO Marek Španěl spoke to Polygon today about the experience, from his point of view. "Emotionally, it was really tough for myself and for the whole studio," he said. "It's hard to describe. We could hardly focus on work anymore. We were dealing with this all the time. That's been very difficult for months."

Echoing the sentiments of his unfortunate employees, Španěl said the situation was like a bad movie. He added, "There has been so much unbelievable false propaganda about this case, like this stuff about how they had night-vision googles. I didn't know what to think. It was all fueled by the Greek and Russian media. One day they were arrested by the local police and questioned about taking pictures close to the airport, which seems to be kind of normal, no big deal. The next day, the biggest press agency in Russia has the news about two games developers arrested while taking reference materials. It was really weird. It felt like I was living in the trailer for some strange movie." 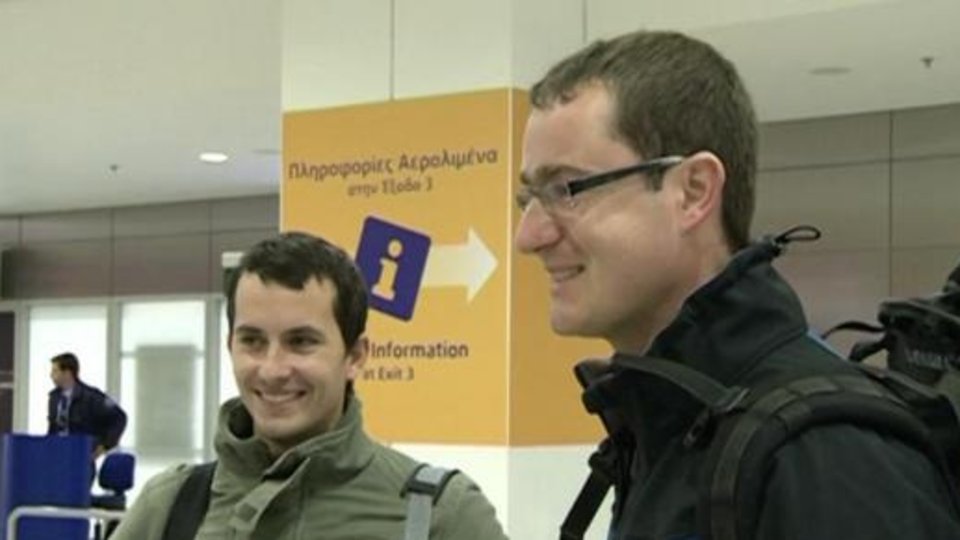 He said that "the most important thing" was that the two mens ere back home, and that they could continue with their lives. "They're home now. It's still in the background, but it's not the imminent problem it was before. They're with their families."

I have myself to blame for picking the island as the setting.

ARMA 3 is set on two Greek islands, one of which is modeled on the island of Lemnos, where Španěl took his vacation and where, fatefully, Ivan Buchta and Martin Pezlar also decided to take a break. They have since stated that they were only taking a holiday, not gathering details about the island. The environmental modeling had already been completed.

Španěl says that a weird sequence of events, including a mistake by a British TV channel, which showed some ARMA 2 footage and erroneously tagged it as actual footage of terrorist movements, had led to the situation.

He said that he had inadvertently triggered the whole situation, by making one innocent decision, "I have myself to blame for picking the island as the setting for ARMA 3. I was visiting the islands on vacation with my family, and I just felt like it was a really nice place. It's just right for our engine. Our engine has some limitations. It's strong at some things and weaker at others. This setting was just perfect for them. For example, we have no support for proper rivers. Well, there are no rivers on these islands. In general, there haven't been many games in Mediterranean settings. I felt like it was fresh. We've been through all kinds of environments in the ArmA series, and we were looking for something new. This was it."

Španěl says he hopes the year ahead allows him to focus on the launch of ARMA 3, due later in 2013, and development for DayZ, which has no release date as yet. "I really hope the case is closed someday, because there are some really weird things happening."