Mark Cerny is system architect for PlayStation 4, lead designer on launch title Knack and the man who introduced Sony's new platform to the world last February.

Polygon caught up with Cerny at Sony's E3 booth to take a look at Knack, his newest character-based game. The PS4 title is the latest in a series of games he has created that stretches back through Sony lore, including Jak & Daxter, Ratchet & Clank; Spyro the Dragon and Crash Bandicoot.

"Turning that into reality turned out to be tricker than I thought," he explained. "But after a year and a half we solved the puzzle and created the character of Knack that you see today. Our initial thinking was that maybe Knack would be in a city and a wall would crumble and he'd pick up bricks or things and incorporate them into his body. The kinds of characters that came out of that were amorphous blobs and it didn't have that charm that we were looking for. So we stepped back and came up with something different. He's three-feet tall and he can get bigger, up to 30-feet tall. He can pick up other substances like icicles or wood or transparent parts and bring them into his body to add to his abilities."

Cerny joked that, "someone said he looks like robot made out of Toblerone" but said the "fun" of designing the character was creating something that inhabited the world at such a large variety of sizes, and with so many abilities.

To some extent, Knack shows off the PlayStation 4, which Cerny said he had specifically planed to be "ten times more power than any previous console." He added, "The character is like 5,000 parts driven by a custom physics simulation so that seemed a good thing to do on the PlayStation 4, but in general it's more about the gameplay and the story than it is pointing to our polygon count." 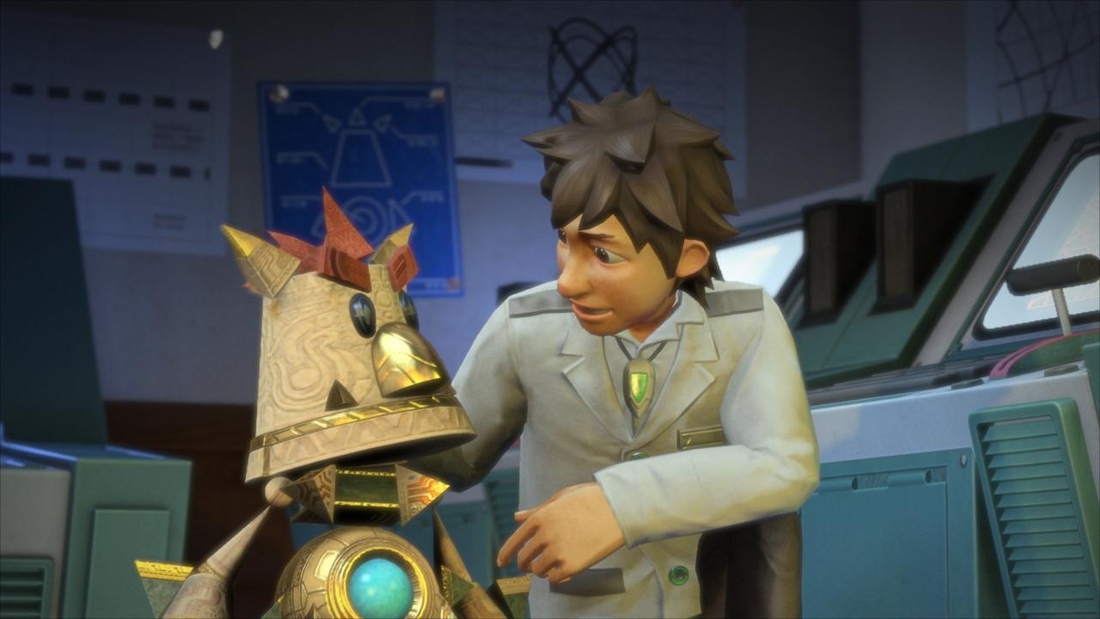 Among the console's launch titles, he says Knack is the one that non-gamers will be most likely to embrace.

"As system architect I knew that there would be a lot of quality core titles at launch for the predominantly male gamer and I wanted to be sure there would be something for the rest of the family ... son, daughter, spouse. You can play it on 'easy', and even if you don't play games regularly you can enjoy it. I have done testing with eight-year-old girls who don't play games and they had a lot of fun playing it. But if you play it on hard it's quite difficult. We wanted to also get that nostalgia that people had from gaming in the past."

Cerny has had plenty of opportunity to think about the game's design. He's travelled 400,000 miles in the run-up to PlayStation 4's launch, getting support and advice from game developers around the world. In his role as system architect, he said that he's most proud of the fact that he took the time to listen to his colleagues.

"We had a very developer-centric approach to [PlayStation 4's] creation. We went to ask teams what sort of console they would like to work with and that has resulted in all sorts of things like 8 gigabytes of memory and a lot of details in the system. The development community really responded well to that. They certainly had not experienced that from Sony in the past and they embraced it. But it was a lot of work. It's really not something you can do on the phone. If you want to know what developers are interested in making and how they think that will happen ... it's an emotional thing because you are talking about what their dreams and hopes are."