Ascend: Hand of Kul is a game about sacrifice

Share All sharing options for: Ascend: Hand of Kul is a game about sacrifice

On the face of it, Ascend: Hand of Kul is a straightforward hack-and-slash RPG, but it comes with an unusual twist — players are encouraged to throw away their most powerful characters.

Like most other role-playing games, Ascend: Hand of Kul allows players to choose a class, grind up the character through battles and bolt on characteristics, leading towards a playable entity that is unique and valuable. But then, it asks you to sacrifice this character for the greater good, a process called 'ascending'.

In the Ascend world, players pledge allegiance to one of three Gods, each offering up unique combat powers. The player roams the world, slaying enemies, claiming territory and harvesting human followers for their chosen God. 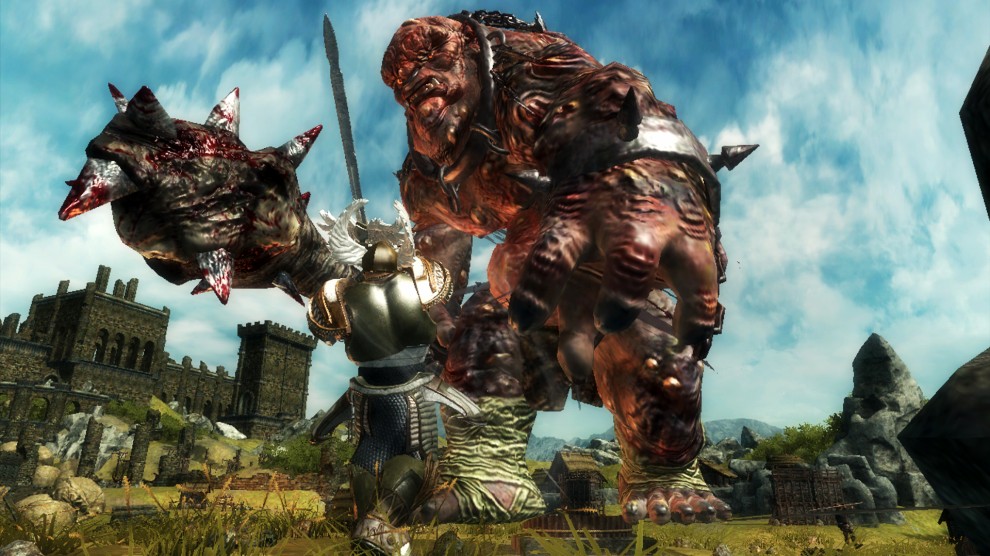 Each player's game-world is also connected to the worlds of other players. Via portals, enemies and aid can be sent to other players. And this is where 'ascending' becomes part of the connected multiplayer world.

Any character that ascends becomes a virtual AI warrior, battling on behalf of their God against human infidels. Players who ascend their characters then build a new character, with new bonuses and powers conferred by their sacrifice. And so it goes on. The point is not to much to invest in the individual character, but to create an army of characters for the cause.

It's a third-person fantasy, free-to-play territory war for Xbox 360 and PC that begins mainly in PvE but expands into asynchronous PvP, as each player seeks to expand territory for their side and, through repeated ascensions, reputation. The most powerful ascended characters are celebrated in a virtual Valhalla-like arena.

Ascend: Hand of Kul is made by Signal Studios, best known for Toy Soldiers. It was first introduced at E3 2012, then-named Ascend: New Gods. A closed beta is about to launch, with full release likely later in the summer.