From everywhere to where it counts: Motion control find its place at E3 2013

Share All sharing options for: From everywhere to where it counts: Motion control find its place at E3 2013

Three years ago at the Electronic Entertainment Expo, Microsoft hired Cirque du Soleil to perform a multi-million dollar show to promote its motion control device Kinect. Sony put its PlayStation Move wand on stage and Nintendo rode its Wii success with games like The Legend of Zelda: Skyward Sword. Motion control games were everywhere, inspiring regular arguments about whether they were a fad or the industry's future.

At this year's show, neither Sony nor Microsoft showed a single motion control demo on stage in their press conferences, and Nintendo's Mario and Zelda franchises showed up missing the shaking and pointing they had last time around.

Motion controls weren't absent from this year's show, with Harmonix revealing music spectacle Fantasia and Ubisoft annualizing the massively successful Just Dance. But for the first time since Nintendo introduced Wii eight years ago, motion controls seem to have found a comfortable place amongst the rest of the industry, with some games cutting them out, many making them optional and others hinting at new potential. 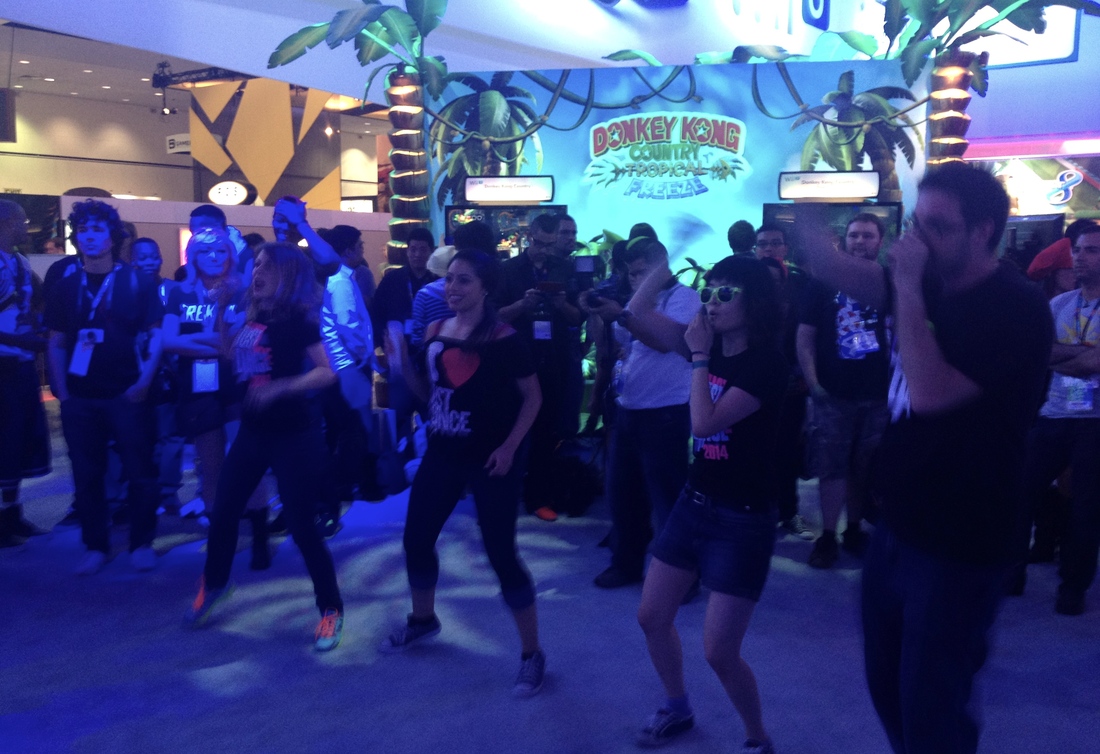 On Monday at the show, Microsoft started the trend by revealing two of its previously motion-only games will now work with traditional controllers. Fantasy shooter Crimson Dragon, formerly a Kinect-only title with its director on record saying it would be a struggle to port to a controller, got bonus gamepad controls. And Roman hack-and-slash game Ryse, formerly a Kinect-only game designed for players to swing a sword and shield, dropped its motion controls in favor of the gamepad.

"[Crytek and Microsoft were both worried] core gamers may not yet be convinced to use Kinect," said Crytek CEO Cevat Yerli, explaining the shift in a feature on Polygon.

A similar scene took place at Nintendo's E3 booth, where two of its biggest franchise games — Super Mario 3D World and The Legend of Zelda: The Wind Waker HD — showed up without any motion or pointing features, despite those franchises relying on motion in their last home console iterations. 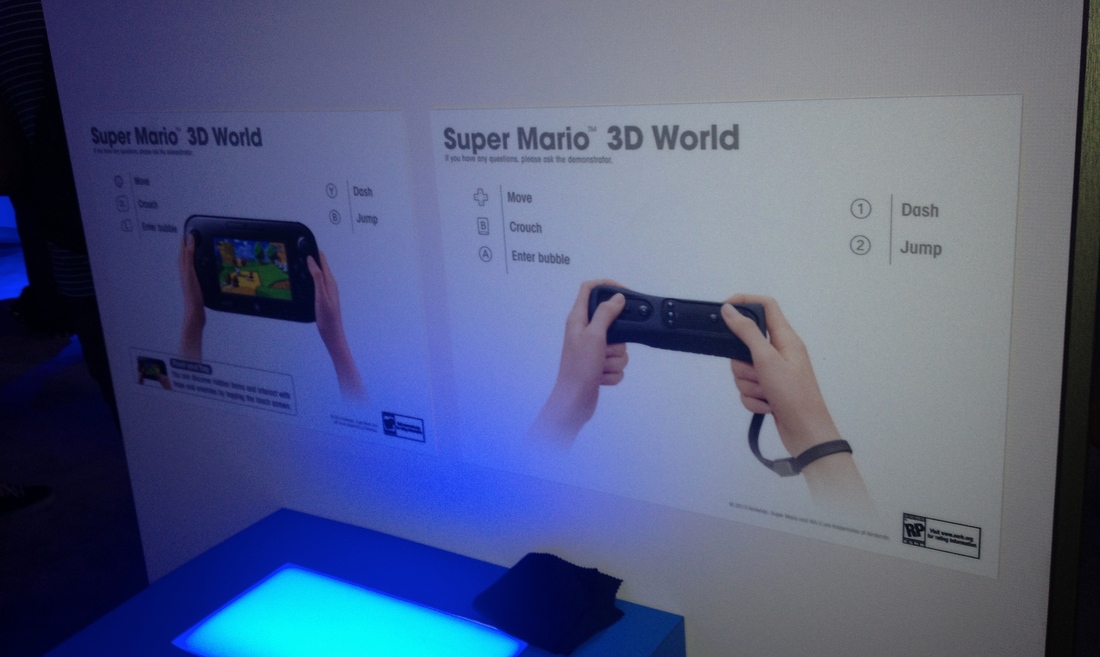 Even with Nintendo's games that included motion features, most of them gave players the option to turn them off. If someone didn't want to tilt their controller to turn in Mario Kart or slam the ground in Donkey Kong, they could switch to the gamepad and play without any wrist flicking or controller shaking. It was a sharp turnaround from a few years ago, when players complained about games forcing them to play a certain way, especially for ports that weren't originally designed with that approach in mind.

"I think we went through a phase of experimentation where perhaps technology sometimes took away from the robustness of the experience," says Sony Japan Studio Producer Nicolas Doucet. "And I think now we're getting to the point that maybe physical gaming has the maturity to be integrated back into traditional games without taking anything away."

Doucet is currently working on a set of tech demos going by the name The PlayRoom, designed to show what the PlayStation 4 controller and camera interface can do. Run by a team of approximately 10 people, the project takes a playful approach and lets players kick robots, spray a virtual hose and even draw an item on a tablet then flick it at the television to send it into a 3D world. 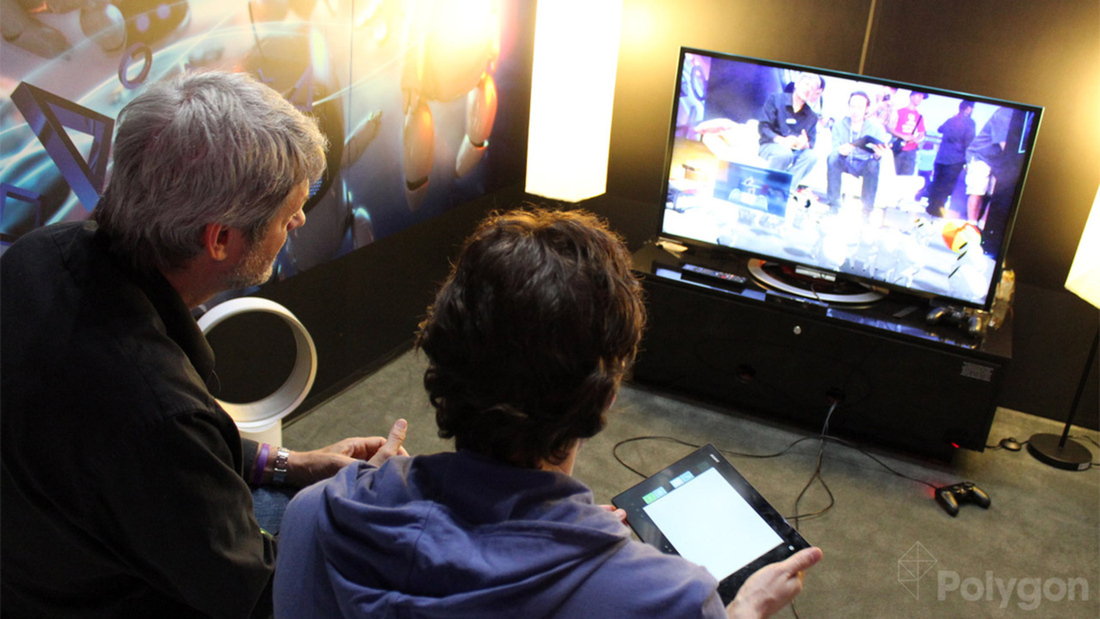 Continuing the theme of motion gaming finding its place, The PlayRoom isn't something Sony is currently planning to sell. That may happen down the road, but Doucet and team are developing it to help other developers see what's possible by testing out ideas, rather than jumping into production on something unproven.

Microsoft demonstrated its own motion tech demos at E3 — allowing a player to lean or raise a controller and see their character lean or raise a shield — and showed some of the new Kinect technology on the show floor, without any announced games using motion controls in ways that felt forced.

Looking forward, one of the big advantages of Microsoft including Kinect with every Xbox One is that developers will be able to include subtle motion features in otherwise non-Kinect games, and be able to assume everyone playing will be able to use them. So if a developer wanted a game to break the fourth wall and surprise the player by telling them someone is watching over their shoulder from behind a couch, it could. 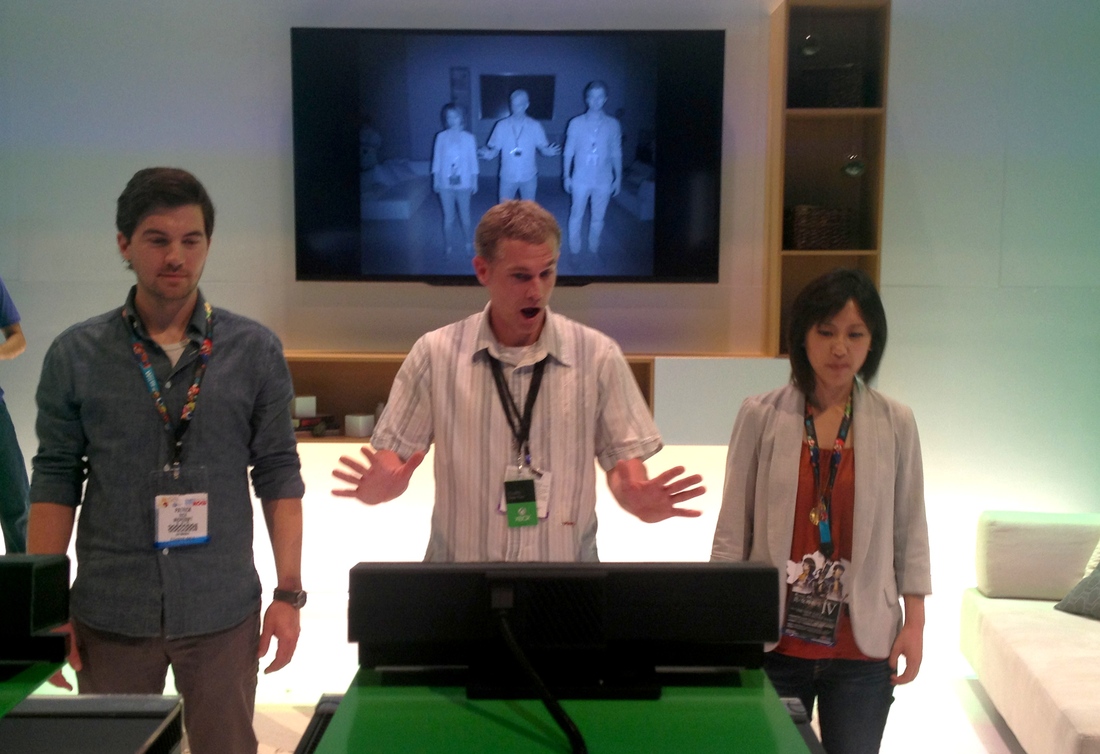 Crytek's Yerli says it's too early at this point to see that kind of super experimental idea in Ryse, but he says his team is currently testing physical features like lifting a controller to block incoming arrows, which might end up in the final game.

Like the rest of the industry at this year's E3, it's nice to see Crytek taking a wait-and-see approach, not committing to including motion controls until the team is confident that what it's designed works well enough to give to players.

Of course, E3 doesn't paint a picture of the entire industry, as there are almost certainly other ambitious motion control experiments in the works — Media Molecule showed one at the PlayStation 4 announcement event, for instance. But what was on display at the show marked a big turnaround from the days when developers and publishers would include motion in games for a marketing boost, and the mix of restraint and taking time to make new ideas work is hopefully a trend that will stick as the new consoles establish themselves.

"There's a lot more we can do than we think is possible," says Doucet, "but the point is always, 'How do you use that technology?' If you just use it and force that technology down a path, it becomes a massive tech demo and it breaks ... but if you do something small and robust and just with creativity, then there's so many things we can do. There is no limit. We don't need to shoot so high with the technology. It's just all about creativity."