Castlestorm plays at medieval tower defense with a twist.

Castlestorm is a bold experiment for Zen Studios.

The developer — best known for the Pinball FX series — has created a melting pot of game mechanics in Castlestorm. Composed of physics-based puzzler, tower defense, construction sim and melee combat elements, it's a formula that could have easily fallen apart. Instead, the result is a well-crafted action game that requires on-the-fly strategic thinking as well as good aim.

Castlestorm is set on a 2D battlefield, with your castle on one side and the enemy stronghold on the other. You play as Sir Gareth, a huge, cocky knight and protector of the generic fantasy realm. It's your job to fend off your rivals (initially, a band of rowdy vikings), and bring down their own structure. In practice, this means commanding an army and running your tower's defenses, as well as operating your castle's trebuchet.

While some missions focus solely on melee combat or trebuchet sharp shooting, most require you to juggle attack and defense at once. You can attack the enemy castle using projectiles, spawn troops to protect your territory, cast spells (both defensive and offensive magic are available) and take to the field yourself as your melee-happy hero character. 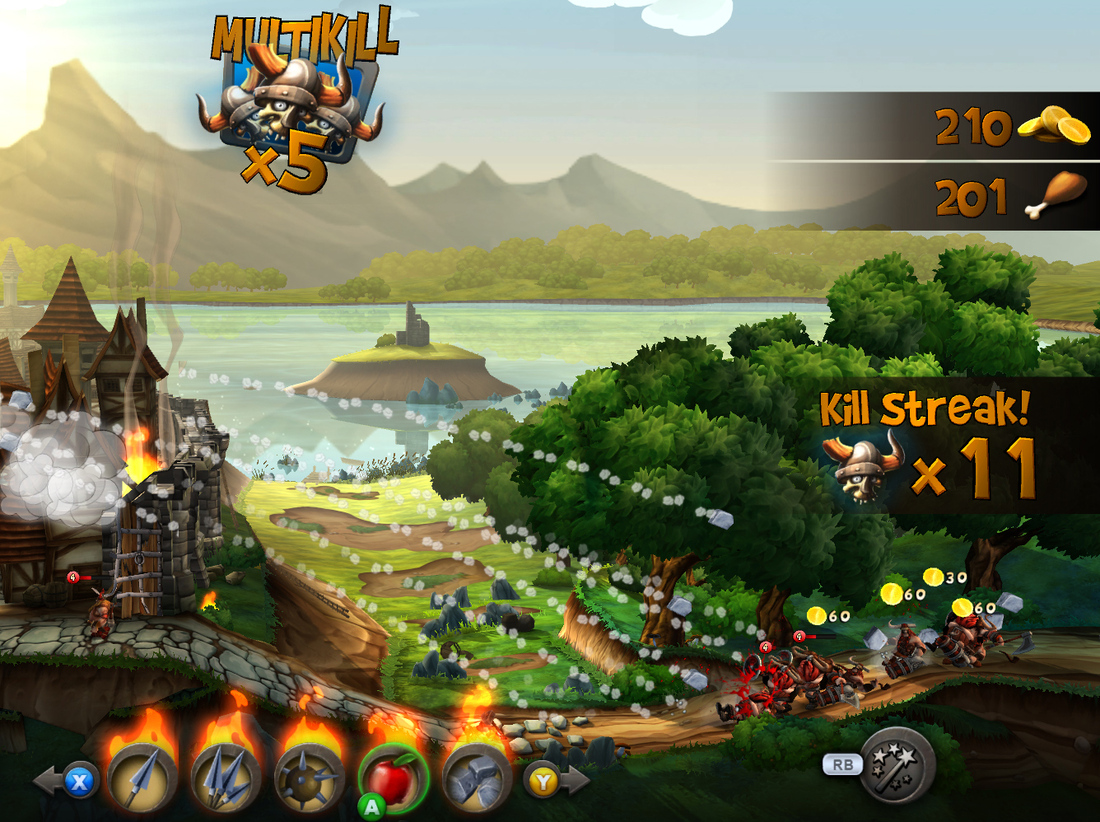 Zen has turned what could have been unwieldy into a smooth, coherent experience. The pace is fast, and you need to get comfortable with multitasking to find success. But it's fun to spawn a bunch of troops, jump in as Gareth to clean up the battlefield and then launch a high-energy projectile at the enemy castle, toppling a few towers — all with just a few quick button taps.

A rich castle-customization system underlies the basic mechanics, allowing you to build your dream fortress. As you progress through the game, you unlock room types that you can add to your castle, all of which yield specific battlefield results. You'll add special attachments to house massive cave trolls, bigger pantries to stock more resources and recruitment offices that allow you to have more soldiers on the field, along with a number of other possible customizations.

You don't need to mess around in the editor — a number of prebuilt castles are available to you as you go through the game — but you do need to choose wisely. A castle built for training the most troops won't help you if you want to host dragons, and a fortress optimized for squeezing the most money out of encounters won't have the same manpower as a tower packed with barracks. This provides a great sense of choice and consequence — it constantly fed me new weapons, troop types and rooms, but I couldn't have everything. Thankfully, Castlestorm allows painless backtracking if you make any poor decisions.

When I found myself stuck on a particular challenge without enough dough to upgrade my gear, it was easy to replay earlier missions or hit up the many side missions for quick coin. I found myself needing to go back and essentially level up towards the end of the game, but I didn't find the grinding egregious. 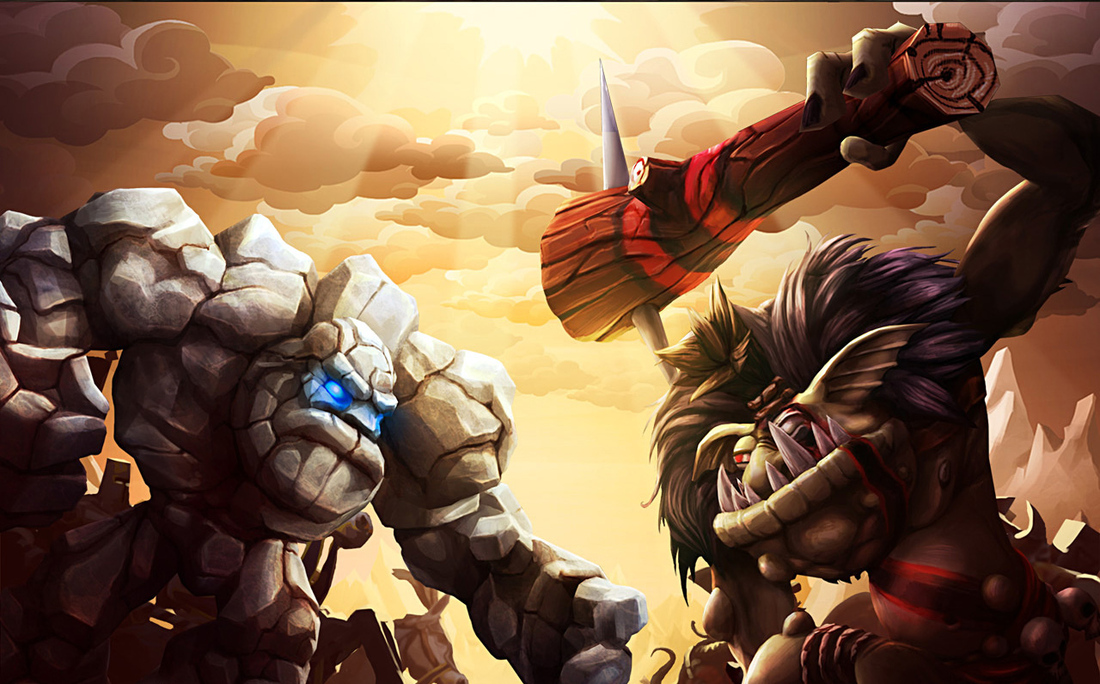 Much of the consequence and nuance found in Castlestorm's main game is lost in multiplayer modes. In competitive play, you duke it out against a similarly equipped castle/army; and two flavors of wave-based survival, which veer between primarily tower-defense and entirely melee. Couch co-op survival mode is better, allowing you and a partner to split up tasks — one gets to be a permanent "hero" on the battlefield, the other operates the trebuchet and spawns troops.

While mechanically sound, multiplayer failed to offer the same excitement and sense of progression that kept me interested in the campaign.

Castlestorm's dopey story is a slightly bigger problem. It's generic fantasy schlock with a tone that's initially off-putting — and a couple of lame sexist jokes were enough to make me wish I could spear Sir Gareth myself. Things improve with the second half of the quest and the introduction of a female warrior, but it's all very "'90s video game," in a way that negatively impacted my enjoyment.

Castlestorm is more than the sum of its parts

The combination of so many disparate mechanics — tower defense, melee, physics puzzler, construction, etc. — sounds awkward on paper. It's a credit to Zen Studios' skill thatCastlestormfeels like a cohesive whole. Despite the inane story, Castlestorm's well-balanced systems and mechanics make for an enjoyable — and memorable — twist on genres.

Castlestorm was reviewed using retail code provided by the publisher. You can find additional information about Polygon's ethics policy here.