Share All sharing options for: Outlast is a stealth horror game designed to make the player suffer

The scariest thing about Outlast isn't its mountain asylum setting, or even the thing stalking you through the bloodied building, it's that the game features a hide button.

The ability to hide isn't always there and it's not the only thing you can do in the game. Sometimes you can run, crouch, climb. What you can't do, no matter how desperate things get, is fight back.

"The core gameplay experience is about no combat," Red Barrels' co-founder Philippe Morin tells me before I have a chance to play the PC and PlayStation 4 game. "It's about having the player suffer."

Outlast tells the story of a reporter who gets a tip from an anonymous informant that something fishy is going on at a mountain asylum. The reporter goes there to investigate, but when he arrives he realizes that all hell has broken loose already.

The game takes place in a fictional asylum set in the real forests of Mount Massive, a Colorado "fourteener" that is the second highest peak in the Rocky Mountains, about 20 miles east of Aspen.

The backstory is drawn from the real MKUltra experiments conducted by the CIA in the 50s, 60s and 70s in the U.S. and Canada. Those experiments, which are still shrouded in secrecy and that some think continue to this day, dealt with drug use, torture and some form of mind control. 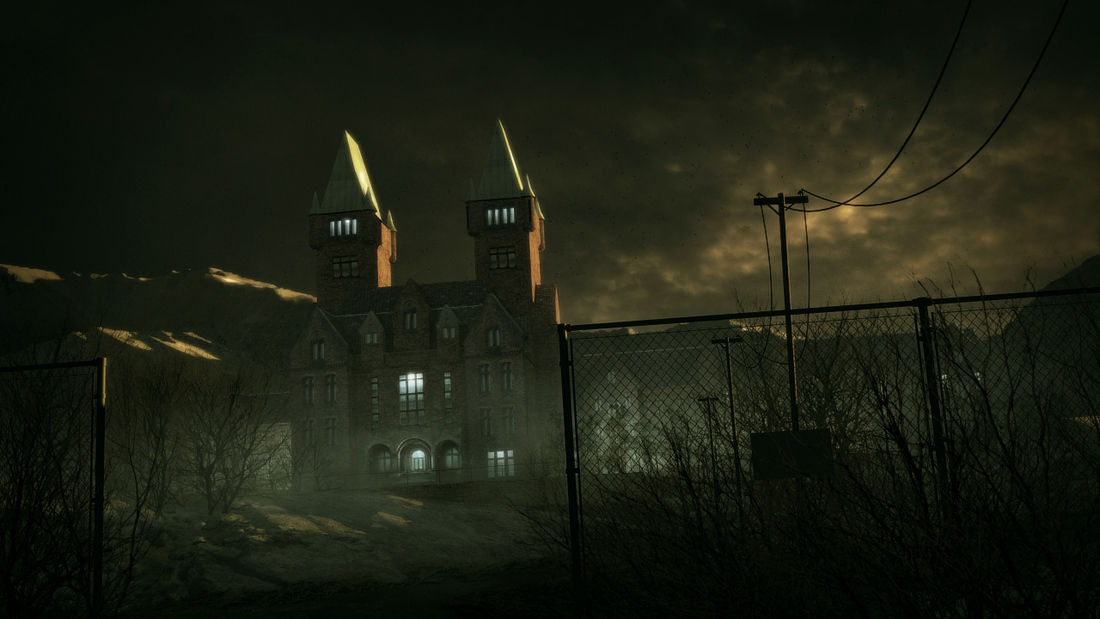 The game's asylum has a long, confused history that includes being used as a front for CIA-backed MKUltra experiments, Morin said. The game opens shortly after the asylum, once abandoned, has been reopened by a private corporation.

While Outlast has an intriguing backstory, it doesn't include an overt narrative. There are no cutscenes. Instead, all of the game's story is told through the investigations of the main character as he runs for his life through the labyrinthine halls of the massive building, discovering paperwork, finding clues and occasionally talking to people.

"He's trying to get out, that's always the main goal," Morine said. "We leave it up to the players to decide how much investigation they want to do. They can pick up papers and it will be added to the journal as backstory."

The entire journey is viewed through the lens of a handheld camcorder that can be switched to night vision mode. As players explore the confused interior of the bloody building, trying to survive and piece together what happened, they're also constantly looking for spare AA batteries to keep the camera's night vision powered.

In the short demo I attempted to complete, the game's pacing, use of sound and flickering light did an excellent job of not just startling, but genuinely scaring me.

"It's about having the player suffer."

There are a lot of clever touches to amp up the fear in the game. Because it is meant to be a "stealth horror" title, players do a lot of creeping. The game also allows players to peek around corners, something that both makes it easier to slip past enemies, but also heightens the game's overall tension. The same is true for movement in Outlast.

I found myself squeezing through tight spots, movement curtailed, as the character methodically stretched his way through an opening. The ability to look around as I ever so slowly worked the reporter's body through the gap only made things more frightening, especially when I saw something lurking in the distance or, worse, a nightmarish creature running straight at me.

Once spotted, the reporter quickly becomes the quarry in a very one-sided hunt. There's no weapons to pull out of your inventory or find on the ground. There's only running and, perhaps the most terrifying element of the game, hiding.

Think of it as a game of hide-and-seek or tag, but in the blood-spattered hallways of an abandoned mental institute lit by occasionally flickering lights. The reporter runs, slamming doors, pushing through titled file cabinets, hoping that his next turn, the next room, isn't a dead end. When it is, and every time I tried the game it was, he scrambles around looking for some way to escape his pursuer.

That's when the "use" button on the control may become a "hide" button. Trapped in a room with only one door, a door slowly breaking apart under the relentless pounding of something, I tried using that button. One tap and the reporter began squirming under a bed loaded up with old mattresses.

It made no sense. There was nowhere to go, no escape from this room. Hiding seemed like the worst option, but it was also the only one.

There was a silence: The reporter and I staring at the darkened wall inches from our face, as we lay quietly under the bed. The pounding stopped.

Then the wall began to smoothly retreat from view. There was a moment's confusion, and then I realized what was happening: I, he was being dragged out from under the bed by his ankles.

That's when I sort of screamed.