The Incredible Adventures of Van Helsing is a messy amalgam of ideas, both in its fiction and its mechanics. An action-RPG inspired by the likes of Diablo, Van Helsing finds its own voice through an original world and a complicated group of interlocking systems.

When it falls into place, it's a game that recalls long nights spent endlessly clicking monsters to death in older, better games. But even for its comparatively short length given its influences, The Incredible Adventures of Van Helsing doesn't have quite enough meat on its bones to hold that appeal. By the end, Van Helsing's adventures aren't incredible, they're just adequate.

While there's plenty of variety in enemies, the same cannot be said for the game's drab setting

The Incredible Adventures of Van Helsing follows the son of the titular vampire hunter whose name you might recognize from Dracula or the terrible 2004 Hugh Jackman movie. The charismatic lead character is joined by a snarky ghost, Lady Katarina, who leads him to the troubled region of Borgovia, a generically Eastern European kingdom overrun by monsters. Though Van Helsing is primarily known for fighting vampires, the game places him opposite werewolves, mythological beings and mad scientists and more.

While there's plenty of variety in enemies, the same cannot be said for the game's drab setting. Borgovia's initial mix of villages, swamps and mines gives way to a steampunk city a few hours in. The early, unexpected shift in locale is great, but The Incredible Adventures of Van Helsing never really relocates again for the last two-thirds. After a dozen or so hours in this region, it was hard for me to tell (or care about) the difference between each new factory and secret lab I fought through.

The fighting itself has more variety, at least. Though The Incredible Adventures of Van Helsing seems straightforwardly hack-n-slash on the surface, there's more to the game than mindlessly clicking on legions of monsters. In addition to a primary attack and a mana-draining special ability, Van Helsing can equip combat modifiers that allow combos, which cost "rage" to activate. With three resources to juggle plus side abilities that are on their own separate timer, there's a lot of information to track. Finding a rhythm for the whole process takes time but it pays off, especially when your experiments lead to cutting down huge groups of enemies in a single, satisfying swipe. 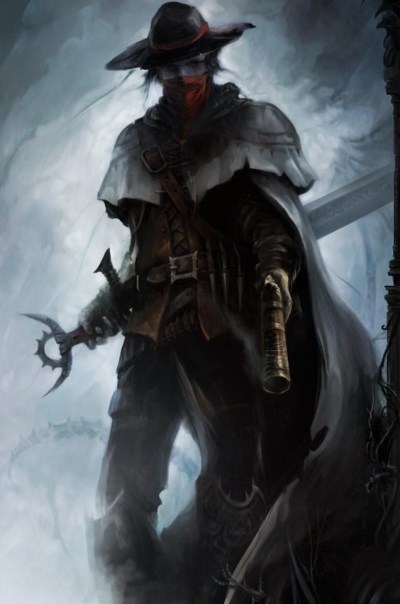 The Incredible Adventures of Van Helsing focuses on making a small number of choices feel powerful, rather than offering several different character types. Every Van Helsing starts out identical, but as he levels up, players can choose to focus on swords or guns, with several options for tweaking each build. Once again, the game adds depth by stacking systems on top of each other — a reputation level that goes up separately from your regular level, plus individual leveling and skills for the AI-controlled Lady Katarina. It was overwhelming at first, but every new skill point or rank up tends to have immediate, noticeable effects, which makes character progression a joy.

In fact the only major problem with character progression in The Incredible Adventures of Van Helsing is that it's too easy to max everything out. Leveling tops out at 30, and despite taking only the few sidequests I stumbled upon, I easily collided with the level cap before the game's end. Once you hit that cap, there's not a lot to look forward to. Some quests will grant you extra skill points, but these bonuses are few and far between, making the final push a slog without a payoff. 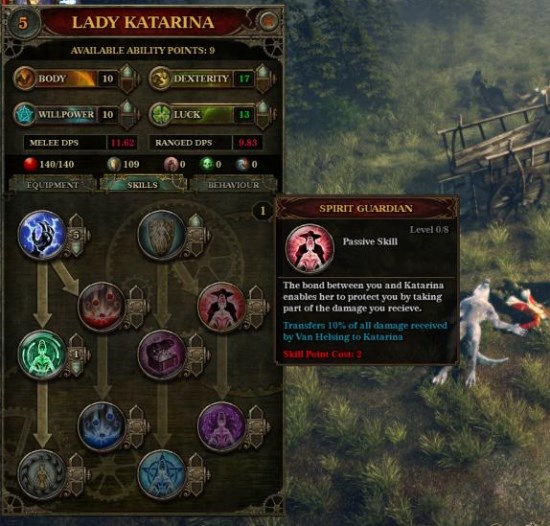 The multiplayer mode isn't very much fun, and it's also barely functional

The loot doesn't provide much motivation either. Just as every Van Helsing is going to play similarly (with minor variations), every Van Helsing looks more or less the same. His sword might be curved or broad, but it will always look oversized and silly. He might have a fedora or a "Watson cap," but he's always going to be wearing a goofy hat of some sort. And even within this limited scope for equipment, upgrades were increasingly, depressingly rare as the game went on. I picked up dozens of repeats of the same item between every piece that was unique and worth considering as a replacement.

The lack of loot variety also hurts the already rough co-op multiplayer options. There's barely enough distinction between builds to justify teaming up for gameplay reasons, much less a difference in looks. The game's tone is already tongue-in-cheek, but multiplayer sessions take on an unintentionally comical atmosphere, as clones of the main character run around inflicting chaos on huge groups of enemies.

The multiplayer mode isn't very much fun, and it's also barely functional. I only managed to find a handful of open sessions while I was playing the game, but there's a good reason for the lack of activity. Every multiplayer match I entered experienced connection problems that often made The Incredible Adventures of Van Helsing unplayable. Sometimes it was as simple as my clicks not registering. Other times the game would freeze for upward of five seconds before suddenly rubberbanding me, my co-op partner and all the enemies around us into new locations.

The Incredible Adventures of Van Helsing started as a pleasant surprise with a unique take on the genre, but broken multiplayer, boring loot and stunted character progression lead to disappointment. The original setting and folklore-heavy background have a lot of potential, but the game gives up halfway through, content with repeating same-y areas and no longer building on the mechanics. There's nothing very incredible about that.