Tiny Tina's Assault on Dragon Keep joins a growing body of spin-off and DLC content that subverts the original game and allows developers to create wacky playgrounds with their creations.

In previous Borderlands 2 DLC, the player has been moved to some new environment within the game world of Pandora, be that a pirate or safari-themed adventure. Tiny Tina's Assault is a spoof of a Dungeons & Dragons game played by various Borderlands 2 characters and directed by the unstable mind of Tiny Tina. Effectively, the adventure takes place as her imagination roams a tabletop game called Bunkers & Badasses.

It's not the first time DLC has taken a bizarre turn. Call of Duty and other shooters, ostensibly set in the real world, enjoy throwing in zombie scenarios. The recently released Blood Dragon was a Far Cry 3 spin-off that toyed with 1980s sci-fi, entirely separate from the central theme of the original game.

"DLC is the most fun because we can create these little twists and compartmentalized experiences," said Borderlands 2 creative director Paul Helquist. "We wanted to do this cool fantasy thing that doesn't really make sense for Borderlands 2 but we found a way to make them fit together and still feel like it belongs."

He added that more unusual and creative DLC will likely be a feature of the next generation, in which downloadable sub-games and missions will play a greater role. 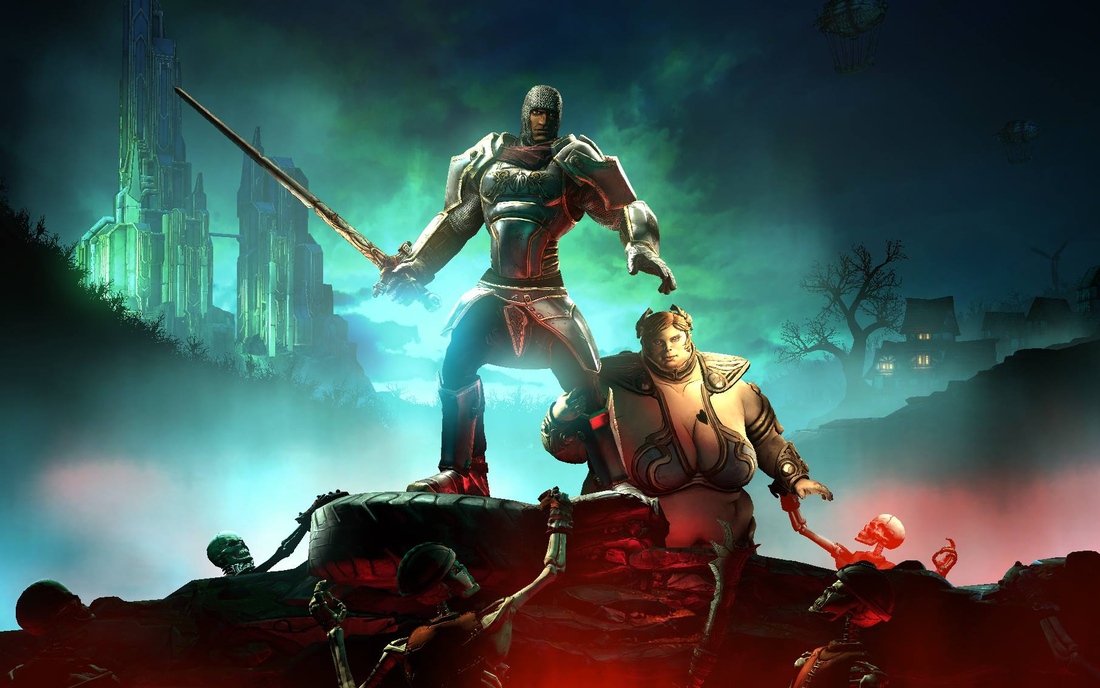 So where did the idea for a D&D level come from? "It wasn't like someone came in and said 'hey we should do Tiny Tina as a dungeon master,'" said Helquist. "It started out as random idea that we chalked up on a white board, and it grew."

The wackiness is warranted because it's all a fantasy.

When the team at Gearbox were brainstorming DLC ideas, they jotted one down, in which the character Handsome Jack is being bothered by a pesky nephew. Jack gives the annoying lad his own area to play with. "We thought it would be fun if he ran a robot factory or whatever and he wanted to run it like a D&D game, where he treated people coming into it like heroes trying to defeat his dungeon."

Other ideas included a fairy tale level. When the team got around to deciding on what to do with the last piece of DLC for the Season Pass, these two were the favorites. The team decided to merge them, and create a fairy tale module, fake D&D game in the mind of Tiny Tina.

"The wackiness is warranted because it's all a fantasy of Tiny Tina's," said Helquist. "All the things that you experience are her fantasies. Nothing is too 'out there' when you are in that kind of world." 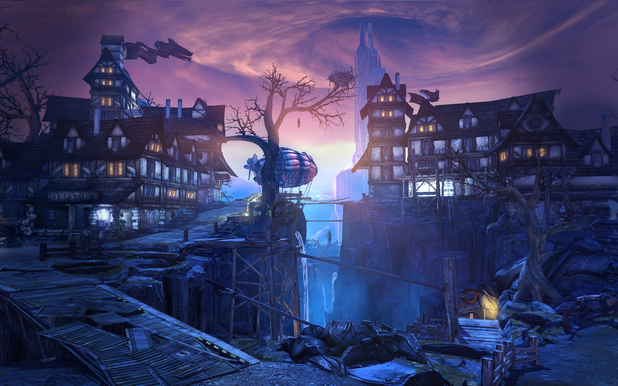 In an early sequence, Tina changes the entire environment, weather and time-of-day in a flash, and replaces one boss with another at the flick of her fingers. Gearbox promises lots of similar nuttiness and jokes that both poke fun at, and honor, the world of tabletop gaming.

"We want to have fun with that topic and poke fun at it, but we also want to respect it as well," said Helquist. "Our goal isn't to say 'look at how nerdy and stupid this is.' People who play tabletop games will recognize that we are laughing with them, not at them."

"We had a lot of melee enemies in the main game but not as high a percentage as with this DLC," he said. "So there was a time when you had this weird anachronism in this fantasy world. I liken it to a Civilization battle where you are rolling in the tanks to fight the stone age guys with slings and spears. It felt like, these guys with swords can't really deal with machine guns."

Gearbox worked on the problem. "We changed how damaging they were so they could really punish you if they got close to you and the bullets could ricochet off their shields and armor. Now you are just as threatened by them as any other enemy and you didn't feel overpowered."

Now that Gearbox has completed its promised four DLC games for Borderlands 2, are there any more plans for weird spin-offs and additions? Helquist said the company has "a few things up our sleeves but we can't talk about them now."

Tiny Tina's Assault on Dragon Keep releases June 25 as part of the Borderlands 2 Season Pass or for $9.99.