The Swapper's best riddles are the ones that can't be solved

Share All sharing options for: The Swapper review: impossible soul

Review and information for The Swapper

The Swapper is the first puzzle game that's had me questioning its puzzles after they've been solved.

The handful of hours it takes to explore the mysterious rooms of an abandoned ship on the outskirts of space are mentally taxing, no doubt. But more of my time has been lost post-credits chewing on grander universal riddles. In a medium that's often straightforward to a fault, The Swapper is a game brainy enough to admit that it doesn't have all the solutions.

On a skeletal level, The Swapper is a puzzle game in which an astronaut uses the titular Swapper device to create and control clones. The astronaut can materialize up to four clones at a time anywhere within her line of sight, and the clones will mirror her movements: she walks, they walk; she jumps, they jump; she dies, they die.

The clones act as empty vessels that can be inhabited via "swapping" — a technique akin to firing one's soul like a bullet into another body. This trick is best understood through an example. Say the astronaut needs to reach a platform hundreds of feet beneath a cliff. She must leap from the cliff then quickly create and teleport into a clone on the platform far below, leaving the old, empty body to fall and careen into the surface. A special credit to the sound designers, who created a cringe-worthy replication of a thousand tiny bones snapping.

You are every clone, and every clone is you. And yet, every clone is dispensable. Death is the gameplay. The making and disposing of clones is as necessary as walking and jumping.

There are no enemies to kill in The Swapper; the only corpses are your own. By the conclusion, it was impossible to remember which recreation of "myself" I was. The 100th? The 1,000th? The best way to get me to care about all the people I kill in a video game, it turns out, is making all of those people me.

The creators of The Swapper have infused a commentary on identity, mortality, science and faith into the actual playing of their game. That is to say, without prose, dialogue or cinematics, the game would be no less a work of science fiction. This is brilliant game design, in which a smart hook — creating and disposing of clones to solve puzzles — is literalized in an unsettling metaphor: exhausting one's body and possibly one's soul to achieve progress.

The puzzles gradually teach the player to speak the game's language

The developers have also included a mysterious woman, a series of text logs and talking rocks — yes, rocks that talk — throughout the environment to explain the story in an elliptical, jabberwocky way. The spoken story is less interesting than the unspoken one, and clumsier too. The otherwise affective climactic scene is tarnished by an incessant scrawl of text.

Beyond the metaphysical mind bending, The Swapper offers plenty of mental calisthenics. The puzzles — imagined as rooms and chambers within the space station — are organized in a way that gradually teaches the player to speak the game's language. Complex obstacles like colorful lights that prevent swapping and cloning are introduced individually, then together, so that no puzzle seems impossible, unfair or overwhelming; and yet, each puzzle is difficult enough that realizing a solution triggers a brief intellectual high. 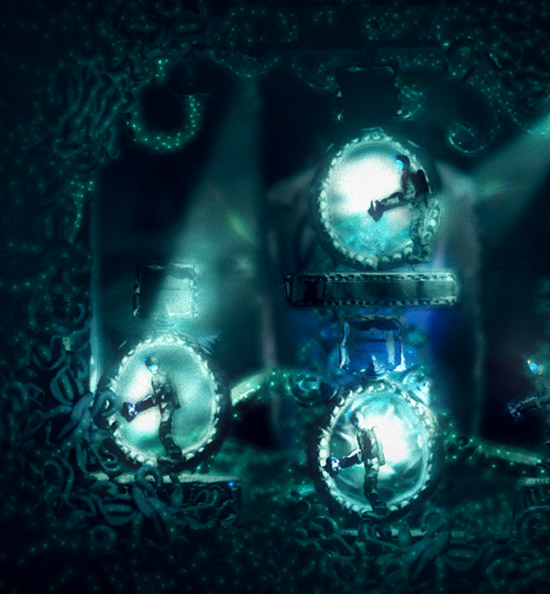 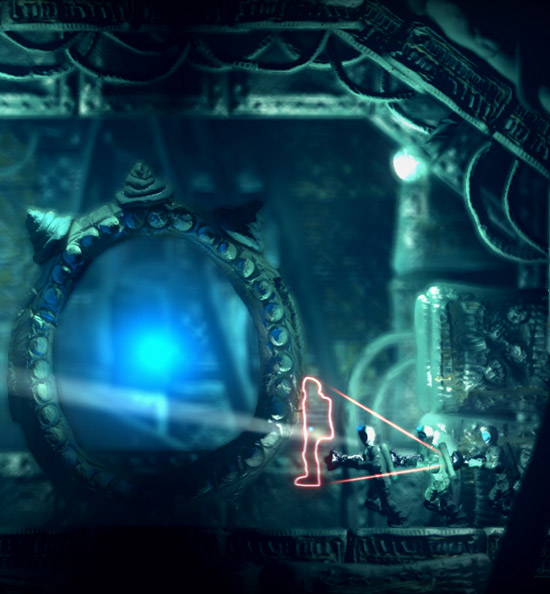 The Swapper's best riddles are the ones that can't be solved

The Swapper is a slow and thoughtful game unnervingly fixated on its gratuitous death toll. It's a puzzle game that asks you to consider your actions, both literally and mentally — what they did and what they cost. It is the space marine shooter inverted. Its antagonists are immobile, talkative rocks; its environment is static and action-free; its sole weapon only kills you. And The Swapper is a fantastic puzzle game because its best riddles are the ones that can't be solved.

The Swapper was reviewed using a Steam copy purchased by Polygon. You can read more about Polygon's ethics policy here.

Our review of The Swapper 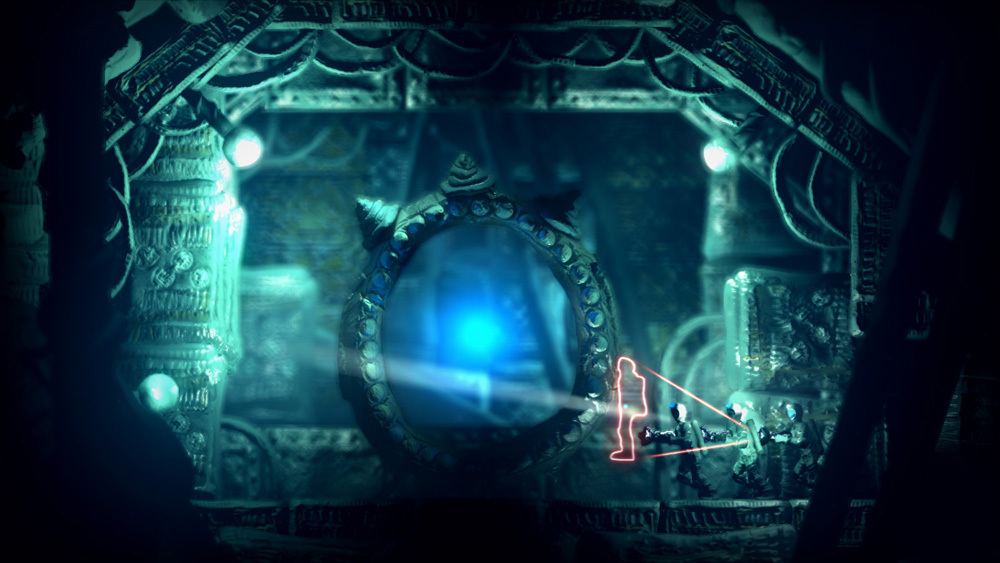