New Super Luigi U is Nintendo's answer to Sonic the Hedgehog a couple decades late.

Like his brother's 16-bit rival, Luigi is faster, looser and less precise in this downloadable expansion for New Super Mario Bros. U. His levels are designed around the concept of getting through as quickly as possible. He doesn't have Sonic's attitude, but he has a similar chip on his shoulder, rushing past perilous obstacles as if to say, "Let's see Mario do this."

New Super Luigi U is the most difficult Mario content that Nintendo has created in decades. But difficulty isn't what made New Super Mario Bros. U stand out, and it's not enough to buoy Luigi on its own.

New Super Luigi U's basic framework is identical to New Super Mario Bros. U. It's the same world map, the same level themes, and even the exact same intro of Princess Peach's castle getting taken over by Bowser — minus Mario's presence. But all of the levels from the original game have been completely redesigned and given a 99-second time limit.

The new stage layouts take advantage of Luigi's floatier jump. He hits a higher arc than his brother, allowing him to cross longer gaps, but he also has less air control and slides further upon landing. Essentially, Luigi trades pin-point accuracy for speed and distance. The redesigned challenges are tailored to Luigi's unique feel, but it takes some time to get used to the meaningful shift in platforming mechanics, even for Mario veterans. In fact, only veterans should even consider playing New Super Luigi U.

Unlike previous entries in the New Super Mario Bros. series, nothing about this content is welcoming to newcomers. Levels were brutally difficult from the start, and required all of the skill I could muster. And since each stage is so short, there are no mid-level checkpoints; one mistake means starting a level over from scratch. New Super Luigi U's difficulty never feels unfair exactly, but the pace is relentless enough that it can get frustrating, particularly in the last two worlds. 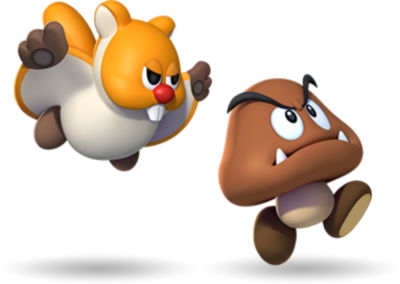 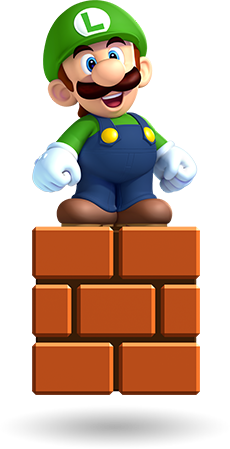 Frustration isn't the biggest problem introduced by the increased difficulty, though. With a head-down focus on making the levels challenging, New Super Luigi U loses some of the imaginative magic that has made Mario games so worth playing even as Nintendo has started pumping out multiple releases per year. The 99-second time limit, in particular, robs the game of a lot of the joy of its predecessor. Previously levels were playgrounds, hiding tons of secrets and urging players to explore. There are still some deviously hidden exits and star coins in New Super Luigi U, but the timer all but guaranteed that I would only find them on subsequent runs or with the help of an online guide rather than through taking my time and having fun. 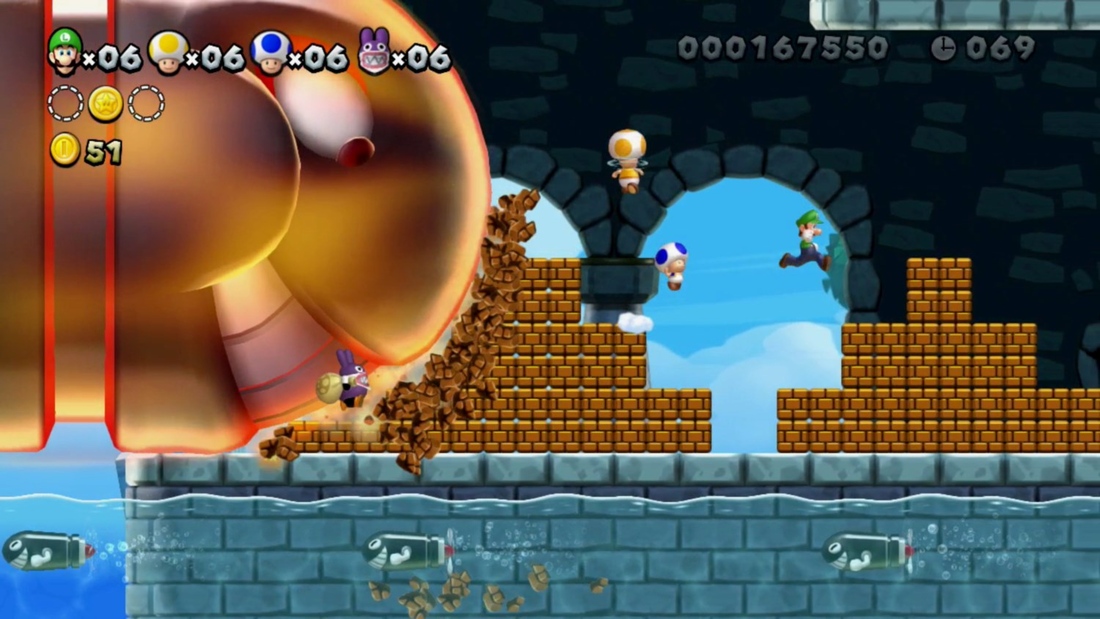 On New Super Mario Bros. U

"Almost every level has its own unique gimmick, the majority of which never repeat once through the game's dozens of stages. One level traps you inside of a slowly rotating rectangle that you'll have to navigate while avoiding ghosts and other deadly obstacles. In another, Mario has to bounce along on a centipede's back as the creature marches through poisonous swamp water that means instant death. Nintendo tosses out these imaginative ideas often, with a speed more in line with the brilliance of Super Mario Galaxy than the stodgy, traditional level design of previous New Super Mario Bros. games.

"Core gameplay also has some important (if less obvious) tweaks. Mario's still hopping and bopping across stages, eating mushrooms to grow big (or small), gathering coins and losing power-ups when you get hit by an enemy. The spin move added in New Super Mario Bros. Wii returns, which adds a tiny bit of distance to Mario's jumps. Where the spin was previously activated by shaking the Wiimote, which added a murderous delay to actually pulling the move off, it's now used by tapping any of the shoulder buttons on the GamePad. The move to a dedicated button makes it a viable strategy that adds to your platforming options and serves as an emergency button if you slightly mistime your jump."

New Super Mario Bros. U's endgame also featured some particularly difficult challenges, but it had a seemingly endless supply of fresh ideas, gameplay twists and level quirks that were different enough from previous Mario games to stand out. Rather than inventing its own unique concepts, Luigi U's levels are shorter, faster takes on the exact same setpieces from the core game. It's fun in the same way as revisiting an older game that I've already mastered rather than the kind of fun I expected from playing new levels.

Even the chaotic but sometimes enjoyable co-op has lost its appeal in New Super Luigi U. New Super Mario Bros. U's levels were already a little too tough to accommodate friends; the idea of dragging one to three extra players through Luigi U's challenges while under the pressure of a timer is terrifying. You can make use of a player on the Wii U's GamePad creating blocks to help make levels a little easier for Luigi, but this feels opposed to Luigi U's underlying design philosophy. 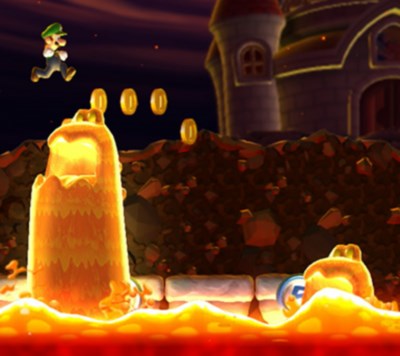 New Super Luigi U is a faster, more hectic ride through things we've seen before

Then again, in many ways New Super Luigi U seems to be missing the point of what has made Mario games so beloved for so long. At their best, Mario games are always showing off something new; New Super Luigi U is a faster, more hectic ride through things we've seen before. This was supposed to be Luigi's big chance for the spotlight, but he's once again settled for playing second fiddle to his brother's adventures.

New Super Luigi U was reviewed using a downloadable copy purchased by Polygon. You can read more about Polygon's ethics policy here.

About Polygon's Reviews
7.0 Wii U