Share All sharing options for: ChronoBlade blends brawler with RPG across multiple platforms

ChronoBlade is a game that's referred to by its creators as "hyper accessible."

While crafting its cross-platform, role-playing brawler hybrid, developer nWay tried to cultivate an experience that would evolve over time. Players begin with a simple button-masher and are steadily given access to better combos, stats, equipment and more.

CCO and co-founder Dave Jones said that the goal was to move away from the mouse-based clicking of classic RPGs and to give players something a little more hands-on. Think controller-based fighting games like Street Fighter, but with an RPG twist.

"We wanted to introduce RPGs to players that have maybe not really tried them before, especially on Facebook," Jones said. "First of all, you just come in and button mash and have fun. You really don't need to think about too much about the RPG system initially."

The game starts with simple light or heavy attacks to ease new players in. Once they feel comfortable, Jones said, they'll start to learn the complexities of the game's combo system and more.

"There's a lot of different combos you can do, whether you're jumping or on the ground, et cetera," Jones said. "We start to introduce things like loot for the first time. We kind of just wanted to introduce people into it. But initially it's just a really simple to get into fighting game." 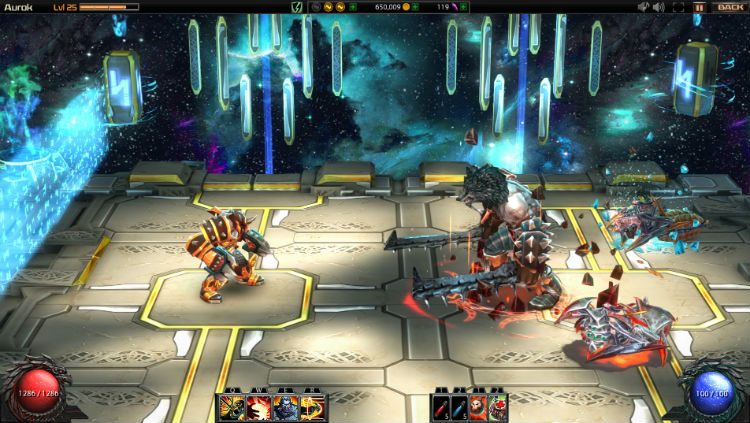 ChronoBlade is set within a multiverse, which will give nWay the freedom to explore worlds based on anything from cyberpunk to dinosaurs. The game's first world is Ragnarok, an iron-age, Viking-style world. During a demo on the Ouya, Facebook and mobile version, we got a look at heavy duty brawler Aurok and acrobatic, magic-based Lophi. Only two characters are available at the moment, but an additional couple are expected to come online shortly. Together these four will function as ChronoBlade's main archetypes, but lead game designer Jordan Patz said that the team will continue to add more options as the game progresses.

"We've got whiteboards filled with types of characters," Patz said. "There won't be any trouble finding new guys to make."

Each character has passive and active skills, as well as unique level trees that players can customize. Patz and fellow designer Stieg Hedlund walked us through two of Aurok's trees. Stone Breaker will appeal to those looking for heavy hitting, armor breaking skills, while Berserker has elemental-based skills suited for damage over time. Players can also chose to mix the two trees.

"We don't force the player to double down on a single kind of skill," Hedlund said. "You can do that or you can have a hybrid. Equipment is kind of like that too. You can figure out what it is you're trying to maximize and go after it."

ChronoBlade's inventory system itself is a massive endeavor, with approximately 2,377 pieces of visible equipment available to players, according to Patz. Equipment comes in six different color-coded classes ranging from poor to legendary. Although new armor can be picked up at the in-game store, players will find the best equipment from loot drops. Bigger bosses drop better loot, but items are also scaled to a player's score per level — the higher you score, the better your spoils. Enemies will also drop consumables or quick-use items such as sticky grenades.

"Each boss has their own consumable item that you can collect from them," Patz said. "They all have different abilities so if players want to get an advantage, they might go farm their favorite boss to try and get enough of those specific things." 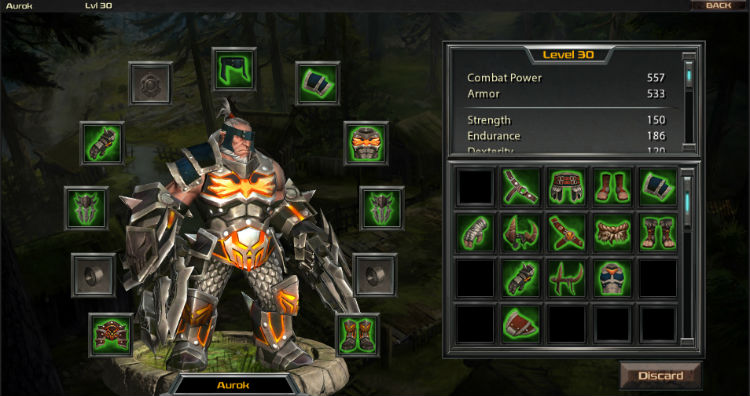 Hedlund, whose background includes lead design work on Diablo 1 and Diablo 2, said that the game's itemization and skill systems were slightly inspired by his previous work.

"I'm not trying to recreate what was in those games, but do what's appropriate for the kind of game we're making," Hedlund said. "Modernize it, carry it forward and bring it to the next level."

nWay plans to introduce a crafting system that will allow players to upgrade equipment and more. A player could potentially take a weapon they begin the game with and slowly build it up to legendary status.

ChronoBlade also packs a narrative element for players that want it. The team tried to avoid long cutscenes, though players will encounter characters who carry the story forward.

"We saw [ChronoBlade as] two halves of an experience," Hedlund said. "The fighting game is really great moment-to-moment gameplay, and the RPG gives you the narrative that otherwise is missing and all of the stuff to explore."

Patz added that players can wade into the game's quests and story as deep as they like. Everything is skippable with no consequence for players that just want to brawl. 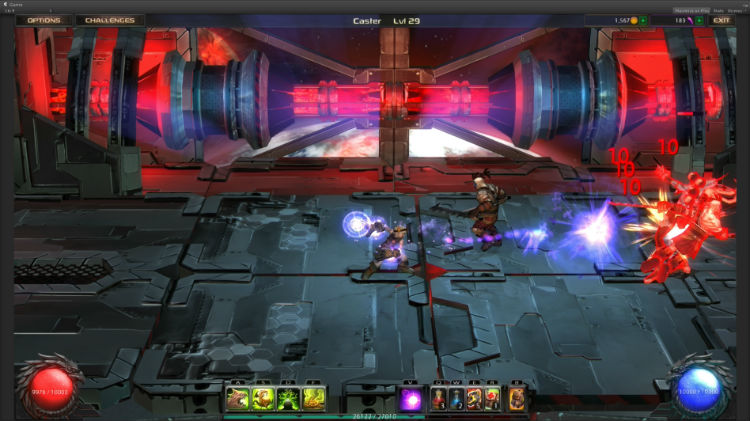 ChronoBlade's Facebook open beta began June 26, adding on to the already playable Ouya demo. The game will eventually cover multiple platforms, including iOS, Android and Smart TVs, and players will be able to access the same character from any device. Currently, players can only access single-player content, nWay is working toward multiplayer, co-op and PvP.

"We've been building a lot of our combat with PvP in mind," Patz said. "From the beginning we've been piecing types of abilities and types of damage you can do. The limitations we put on how quickly you could move with PvP in mind so that when we get there, we'll be ready."