The Iron Rogue (above left) and Queen Amazonia (right) outfits will be available only at certain retailers, including GameStop and EB Games. All pre-orders include a free upgrade to the previously announced Commander in Chief Edition, which comes with three other pieces of extra in-game content. The Commander in Chief Edition is also included in Saints Row 4's $99.99 Super Dangerous Wub Wub Edition, which is available for pre-order only on PlayStation 3 and Xbox 360.

Saints Row 4 launches Aug. 20 on PS3, Xbox 360 and Windows PC. You can see the full costumes in the image below, and check out our in-depth piece from PAX East for more details on the game. 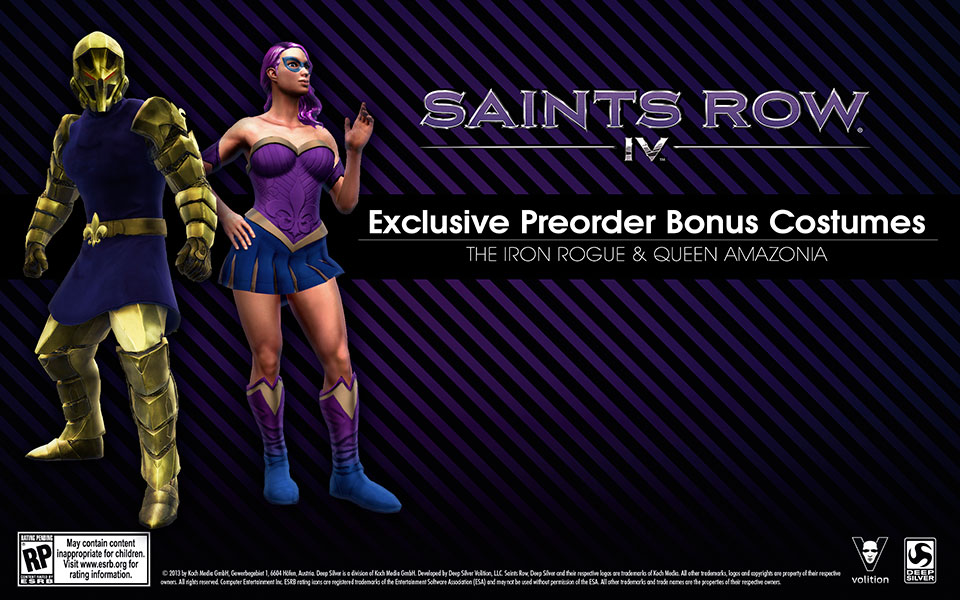