Remember Me is looking to exist within a grand sci-fi tradition.

The first game from Dontnod Entertainment, a studio composed of veterans from EA, Ubisoft, Criterion and other high-profile developers, Remember Me borrows bits and pieces from authors like William Gibson and Philip K. Dick to build a future Paris well-situated in sci-fi genre fiction with enough originality to have some staying power.

Like the best sci-fi literature, main character Nilin's quest to unravel the Memorize corporation's conspiracy and her part in it is situated amid some bigger existential questions exploring ideas of responsibility and identity. Remember Me's greatest strengths are in that world and story, and in its often stunning presentation. While it sets itself apart mechanically via an inventive combo system and its original memory remixing concept, its greatest strength is Nilin and Neo-Paris — even when the game, and the plot itself, try to pull it down.

After a series of wars has wrecked much of Remember Me's Europe and civilization as we know it, the world has been rebuilt by governments working hand in hand with massive corporations. It's a cyberpunk future out of books like Neuromancer and Snow Crash, though Dontnod has added its own fundamental premise: the commoditization of memory.

In Neo-Paris, memories are everything — memory is a product, a currency, even a medical treatment. But in the grand tradition of cyberpunk futures, there's more happening beneath Neo-Paris's busy surface than there seems, and Memorize, the corporation that created the Sensen device that converts memories into data, is at the center of it.

Remember Me opens as the memory hunter Nilin awakes in Neo-Paris's Old Bastille prison robbed of her own memories and set to be erased before an opportune rescue by Edge, the leader of the so-called "Errorist" movement. Edge guides Nilin to pieces of her past as she tries to unravel what happened to her, and why her whole life was taken away.

While Remember Me's premise stands apart from so many other action games, the basic mechanics are pretty familiar. Nilin navigates the linear alleys, streets and structures of Neo-Paris's Slum 404 and other districts by climbing, jumping and otherwise creatively traversing the environment. She also spends about equal time beating down Memorize's private police force and the pathetic-but-dangerous Leapers, victims twisted by Memorize's sensen technology into something less than human.

The rhythm-based attack-and-dodge structure of Remember Me's basic combat is predictable, but Dontnod sets it apart with an involved combo modification system. Nilin doesn't start knowing all of her various attack combinations — they're unlocked over time — but there's more to it than that: Unlocked combos must be built by using earned pressens, which add a kick or punch with a specific effect.

There are four kinds of pressens: some that make attacks more powerful, some that grant Nilin restored health for the attack in question, some that reduce cooldown time for her special abilities and pressens that multiply the effects of other pressens in a combination. It sounds more complicated than it is in practice — once I had a decent number of different pressens, I was assembling combos without trouble.

The pressen system adds a sense of personalization and control to Nilin's combat options that would otherwise be absent amid her comparatively small suite of combat options. Early on, this works very well — experimentation is fun and low-pressure, and moments of interruption are minimal if you're paying attention to what you're doing. But later, as Dontnod piles on additional enemies with more and more abilities, combat loses some of that luster. 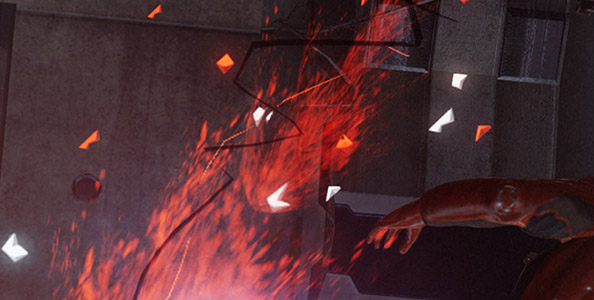 The experimentation aspect is still rewarding and requires some creative problem-solving — enemies who damage you every time you attack them are well-countered by attacks that give Nilin additional health, for example — and the steady addition of different enemy types and combination adds to that. But Remember Me's controls are finicky, and I often found Nilin's response to my inputs infuriatingly unpredictable. Later on, minor mistakes add up quickly and death and a checkpoint follow soon after.

The same problem undermines Remember Me's later platforming sections. Nilin's environmentally oriented physicality started out as a pleasant palate cleanser between battles, and moving gracefully across enormous distances via running jumps, sliding down pipes and swinging from one platform to another was a pretty good time. But as Remember Me progresses, the margin of error from point to point shrinks and the penalty for failure is often death. Constantly falling back to the loading screen was demoralizing — as with the combat, it often felt beyond my control. 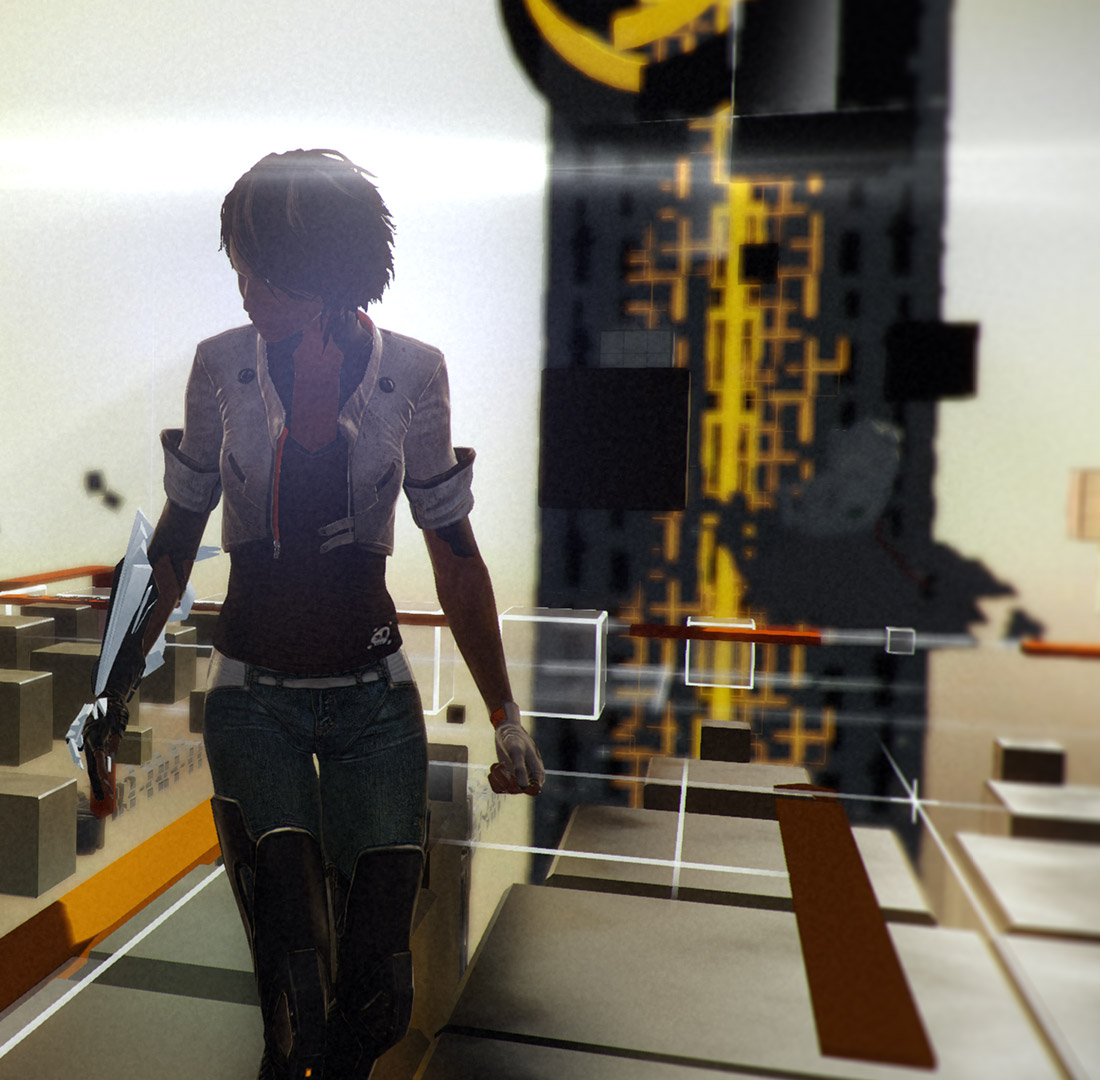 While Remember Me's Neo-Paris setting and strong visual style go a long way, the soundtrack by composer Olivier Deriviere also deserves recognition. Taking a well-written and traditionally composed orchestral score, Deriviere has applied electronic distortion and remixing to it in a manner that excellently complements Remember Me's narrative of fragmented memories and questionable perception. During combat, nailing combos in rapid succession causes the music to increase in intensity, while taking damage abruptly ends the amped-up tempo and instrumentation. It's the rare video game score that feels particular, as opposed to aping the standard Hollywood blockbuster soundtrack.

Remember Me's frustration is offset by the world and characters that Dontnod has built. Dontnod smartly clothes most of its mechanical inclinations within its world, though it tiptoes towards trying too hard at times with its extensive invented vocabulary for collectibles, unlockables and more. Remixing combos works as a concept because of Remember Me's premise, and the slow accrual of special moves corresponds to the idea of a digitally influenced amnesiac. In fact, the developers' inclination to anchor every system in the fiction and the strength of the world hold up Remember Me's ostensible marquee feature: the memory remix.

There's not much to Remember Me's memory remixing sequences from a gameplay perspective — they're simple puzzle sequences where you scrub back and forth through, altering minor elements hoping for a predetermined outcome that might nudge a situation toward Nilin's favor. But as character development, all of these sections shed new light on Nilin and her enemies. Dontnod does well making a nuanced pattern of moral grey areas — Nilin's intentions always seem good, but even she questions her methods. As the game progresses, her doubt in herself and her mission kept me guessing as to the ultimate resolution to the memory of Memorize and her own past. The quest for that resolution kept me going and kept me interested even as action game clichés crept toward the game at the very end.

Dontnod's fiction and world save Remember Me from its design missteps

And that's the thing. Remember Me suffers when it pushes its design beyond the capabilities of its mechanics, when its gameplay ambitions exceed its capacity to meet them. Most games would falter under the weight of those mechanical complications, and Remember Me eyes trouble the most pointedly when it falls prey to overused video game conventions. But Remember Me's fiction and world-building make it more than just another running, jumping and climbing-oriented beat-'em-up — they make it a future worth exploring.

Remember Me was reviewed using non-final debug PS3 and Xbox 360 builds, as well as retail copies provided by Capcom. You can read more about Polygon's ethics policy here.