Animal Crossing: New Leaf is more rewarding than any other game I've played this year.

The Animal Crossing series has never been conservative with its distribution of rewards, but Animal Crossing: New Leaf takes the series' staple day-to-day progression to greater extremes, though, layering new collectibles and customization systems on top of the home furnishing and neighborly socializing of past franchise installments.

Like Wild World before it, New Leaf proves Animal Crossing's formula is a perfect fit for a portable platform with its pick-up-and-play nature and constant stream of rotating activities. More than that, though, Animal Crossing: New Leaf is an escapist's dream. It's a simulation of an impossibly charming and idyllic life — a life almost comforting to keep at arm's reach.

The domestic core of Animal Crossing: New Leaf hasn't deviated too far from the series' roots. Players will still fill their hours collecting sets of furniture, putting together fashionable wardrobes and acquiring Bells with which to pay their escalating mortgages. Scores of newer activities are available in New Leaf, but even the core tenets are deeper than ever, from your house's customizable front facade, all the way down to your avatar's customizable socks.

It's a minimalistic simulation of life, but not a shallow one, which is where many of New Leaf's charms lie. Unlike other, more demanding entries in the genre, Animal Crossing eschews the bottom, stressful rungs of Maslow's Hierarchy of Needs. There's no hunger meter, or friendship quotas to maintain. Urgency is not the order of the day, self-identity is, and New Leaf affords you scores of options to establish that identity. It's part sandbox, part zen garden — a combination that works swimmingly. 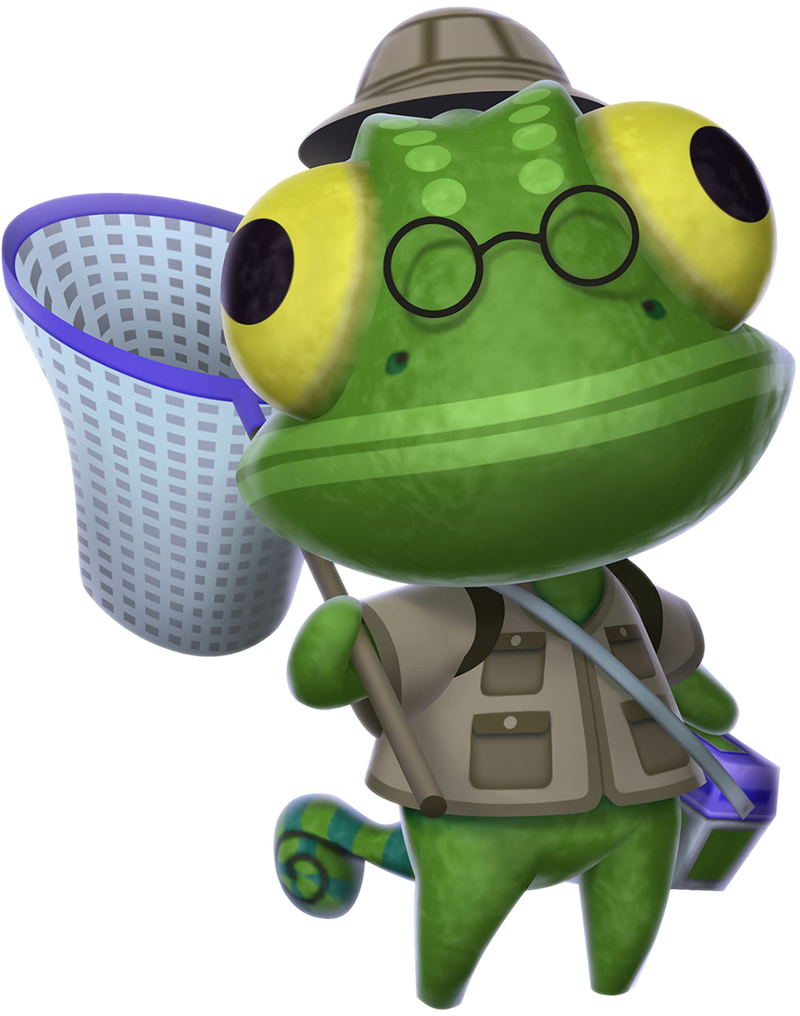 While past entries really only allowed ownership of yourself and your house, New Leaf gives you the keys to the city. As mayor of your humble burg, you've got unprecedented municipal power to shape the world around you as you see fit. As inconsequential as that sounds, it helps shed the game's materialistic nature. You'll find yourself asking not what your town can do for you, but what you can do for Pate, your neighbor. Who is a duck. 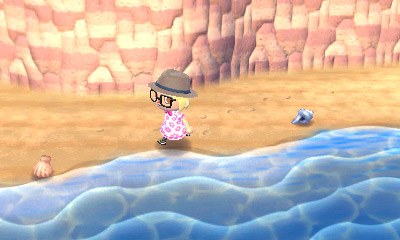 Public works projects are your biggest mayoral tool for town renovation, allowing you to build cosmetic structures like street lights and clocks or entire buildings and businesses for your town. New projects are progressively unlocked as you fulfill certain requirements and neighbor requests, and they can essentially be placed anywhere. Towns develop a real sense of identity with these landmarks — identity beyond where you've hoarded your native fruits.

The cast of characters is imaginative and hilariously written

Ordinances are the other half of your mayoral powers, though they're not quite as fleshed out as Public Works. You can singlehandedly pass one of four laws into effect at a time, allowing you to make businesses open earlier, stay open later or buy and sell goods for additional Bells. Or you can force townsfolk to be more diligent about tending to your town's greenery. These laws help change the game to fit the way you play — as an early riser, the "Early Bird" ordinance made the town run on my real-life schedule. However, the limited number of available laws means you probably won't be changing them all that often.

Your governance is loosely monitored by your fellow town residents, who comprise what may be the most charming ensemble cast ever featured in a video game. Tom Nook's back, with loans as predatory as ever. Kapp'n is a ferryman to a mini-game-filled tropical resort who sings randomized sea shanties as you sail. Dr. Shrunk is a part-time psychologist, part-time nightclub owner, part-time comedian and full-time axolotl. The roster is imaginative, numerous and impeccably, hilariously written.

You can, of course, also invite your friends to visit in order to showcase the world you've created, and fortunately, New Leaf features more options to do so than the series has ever allowed.

New Leaf allows you to register anyone you've ever visited (or vice versa) as a "Best Friend" — fittingly adorable terminology — with whom you can chat and see the online status of, even when you're towns apart. It's a bit of a convoluted process, considering you still have to exchange Friend Codes and set up a first visit without the use of in-game chat. But, like a few other Nintendo 3DS titles with forward-thinking online multiplayer, it's a baby step in the right direction for Nintendo.

That's just the core method of interacting with other players and their towns. You can also visit an offline version of a friend's (or random stranger's) neighborhood using your town's Dream Suite, giving you an Inception-esque look at how they've designed their burg. Or you can also look at the homes of folks you've StreetPassed with, and purchase the items they've used to decorate at a premium.

Animal Crossing: New Leaf's addicting, ceaseless progression is all in the service of creating an identity for yourself and your surroundings. The expansion of the series' multiplayer capabilities — a vehicle for you to actually showcase that identity — is one of the best things New Leaf has going for it. 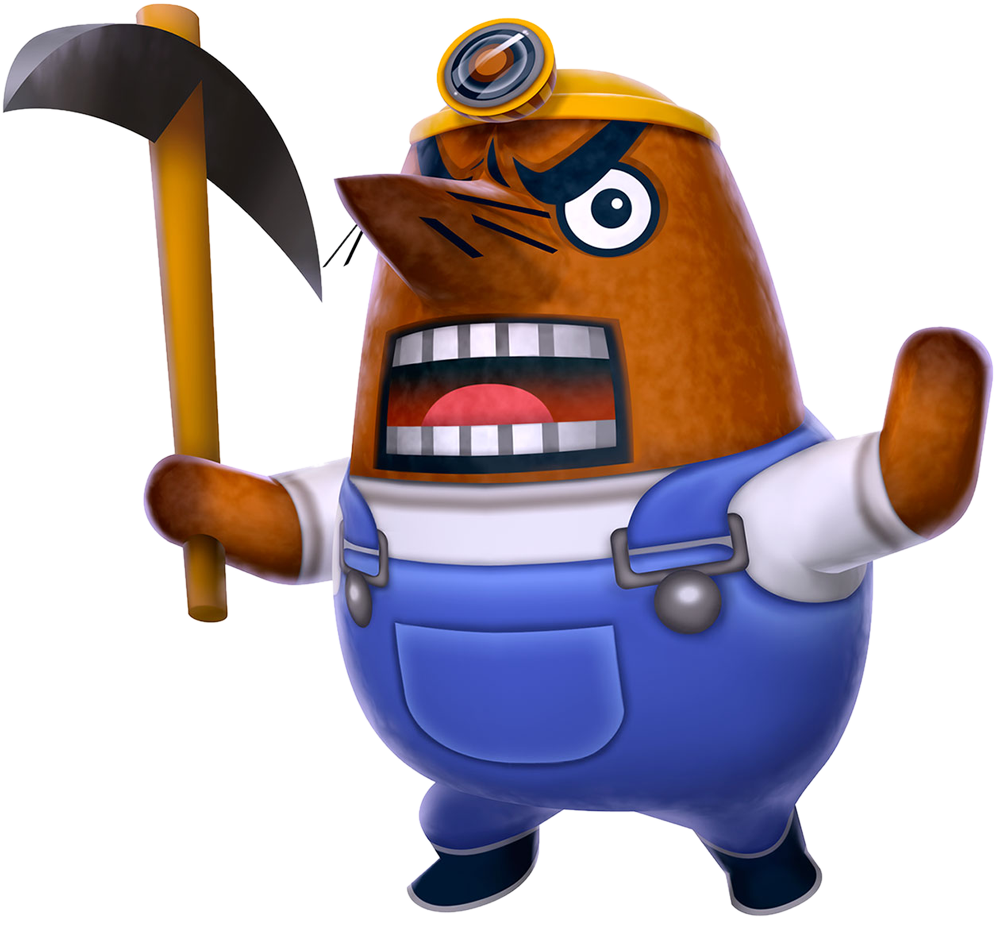 Every discovery in New Leaf feels unique and inexplicably rewarding

Animal Crossing: New Leaf has a magical way of making you care about the littlest things before it metes them out in liberal fistfuls. I have played it every single day for an entire month, anticipating what new fossils, fish, bugs, furniture, businesses and governmental opportunities the next morning may bring. Whether you're finding a piece of furniture that would look just perfect in your den, or meeting a new neighbor whom you instantly take a shine to, every discovery feels unique and inexplicably rewarding.