The Last of Us review: dead inside

Share All sharing options for: The Last of Us review: dead inside

The Last of Us made me feel sick to my stomach.

The Last of Us mines the same post-apocalyptic scenario as dozens of other games, but its approach is starkly its own. It paints a vision of a near-future that is cold, heartless and, in many cases, downright evil. It's not a fun place to be, and likewise, the game isn't really a fun thing to play.

Developer Naughty Dog's commitment to this dark, depressing tone is alternately impressive and frustrating. The Last of Us actively fought any enjoyment I might have gained from it — from its oppressive world to its inconsistent mechanics. Being anything but fun might be the point, but The Last of Us doesn't always make that point gracefully.

The Last of Us stars Joel, a grizzled, middle-aged survivor of a fungal plague which turns its victims into homicidal monsters. Joel is living out his life in a military-protected quarantine zone on the east coast. In the midst of a smuggling operation, he meets Ellie, a 14-year-old girl trying to make her way west for mysterious reasons. Circumstance brings them together, and they set off on a dangerous cross-country journey.

The best parts of The Last of Us are devoted to building these two characters, and their relationship with one another. Ellie's development is especially powerful. Though hardened by the world she lives in, she talks and acts like a believable teenage girl. When she gets mad at Joel, her anger is apparent outside of cutscenes — she noticeably hangs back and rebuffs Joel's commands. At other times she'll skip, hum to herself and banter about random topics you'd expect a 14-year-old to be concerned with. She reminded me of my sister when she was in high school, and it made it easy to build a connection to her.

Joel and Ellie's relationship is antagonistic at first and more affectionate later, but its development doesn't feel forced. The Last of Us is full of incidental dialogue and short, optional conversations that flesh them out tremendously, as well as the handful of other survivors they come across on their journey. Because the game spent so much time convincing me to care about these characters, its emotional high notes were even more effective, and its many sad scenes even more devastating. 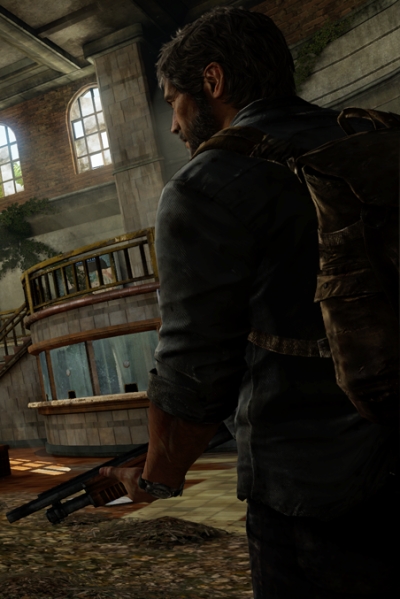 There's a slow, brutal pace to The Last of Us that establishes an exhausting kind of tension

A sense of melancholy pervades The Last of Us, starting with the script and seeping out of every moment in the game. As Ellie and Joel explore schools, coffee shops, hotels and other abandoned, overgrown remnants of the old world, they find themselves pitted against hundreds of people — both infected and not — who want them dead. In many of these situations, sneaking while killing as little as possible is the only means of survival.

There's a slow, brutal pace to the stealth that establishes an exhausting kind of tension very different from other third-person action games. In its most interesting scenarios, The Last of Us allows you to crawl through whole levels without needing to engage any enemies if you play it smart. The seconds that I spent waiting for enemies to walk past felt like white-knuckle, on-edge eternities. These instances left my nerves frayed, but I also felt good about progressing without forcing my young traveling companion to witness even more horrifying violence.

I wanted to avoid that violence in part because of its disgusting detail. The Last of Us' graphics, animation and sound design are some of the best I've ever experienced. But amid those high production values, small things stand out more. AI partners often attempt to follow you and stay behind cover nearby, but sometimes they screw up and get stuck out in the open. These moments don't result in detection by enemy AI, which is a wise concession to the stealth gameplay. But it looks ridiculous and shatters the atmosphere Naughty Dog works so hard to build. 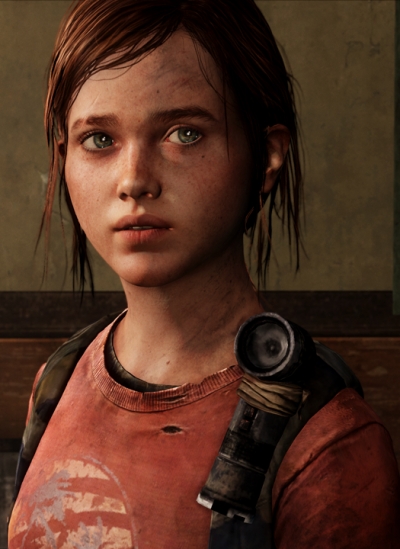 More notable problems with The Last of Us manifest as it leans more on the traditional trappings of third-person shooters — fights against waves of enemies or arenas full of waist-high cover where your only recourse is to kill everyone in your way. These sequences sit at odds with the rest of the game. Joel can't take much damage from enemies, which isn't such a big deal when you're sneaking past them without incident. But at increasingly frequent points in the narrative, I had to buckle down and deal with the messy gunplay and repeated checkpoint restarts.

Combat against the zombie-esque infected is especially frustrating. Not only are they faster, more aggressive and more unpredictable than human enemies, but multiple types of infected have an instant, one-hit kill if they get in melee range.

Did I mention that Joel isn't terribly good with guns? Naughty Dog has given Joel's aim a semi-realistic shakiness which, when mixed with the erratic movement of the infected, makes keeping enemies at bay a serious — and not terribly entertaining — challenge. Eventual upgrades allow Joel to hold his aim slightly better, but the annoyance never disappeared.

At first, these limitations and frustration made me view gunplay as a last resort. It wasn't an exciting adrenaline rush. It wasn't something to seek out. It was an awful, uncomfortable act reserved for the worst situations, and that felt right in this world. At one point, Joel tells Ellie that they only do terrible things because "we have no other choice." For half of the game, at least, I bought it. But Joel's definition of "no other choice" broadens.

I later faced greater numbers of uninfected humans with less certainty that they were actually "bad guys." Early on, I slowed down between encounters to ease The Last of Us' tension; by the end, I was pausing because I felt like a bad person doing bad things. It's a seemingly intentional choice, but the game struggles to justify it with the same ease that Joel justifies murder. I want games to strive for more than pure entertainment value, and Naughty Dog is trying. But I couldn't find any deeper meaning in the horrible events in The Last of Us. 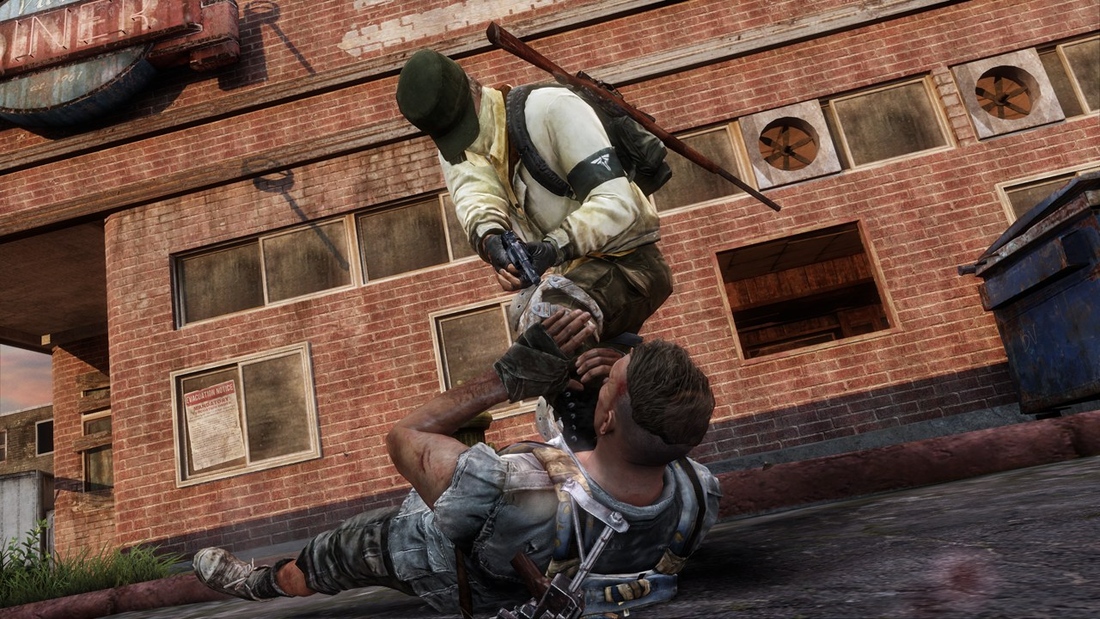 The moral dilemmas are blessedly missing from The Last of Us' surprisingly competent multiplayer mode. Titled "Factions," the multiplayer expands on by-the-numbers deathmatch and team deathmatch scenarios by providing an intriguing meta-system. Performing well in matches earns you more supplies, which grows your personal camp of survivors. Hitting certain community milestones also unlocks more guns, perks and outfits for your character. It's an engaging system that gave me a world-appropriate reason to care about my moment-to-moment performance beyond the scoreboard. And the shakiness to aiming is gone as well.

There are hints of a nuanced message in The Last of Us, but convention wins out too often to easily find them. Naughty Dog commits to a somber tone that affects every piece of the game for better and worse. It achieves incredible emotional high points about as often as it bumps up against tired scenario design that doesn't fit its world. Survival in the post-apocalypse requires compromise, but The Last of Us has given up something vital.The Last of Us was reviewed using pre-release debug PlayStation 3 code provided by Sony. You can read more about Polygon's ethics policy here.

Our review of The Last of Us 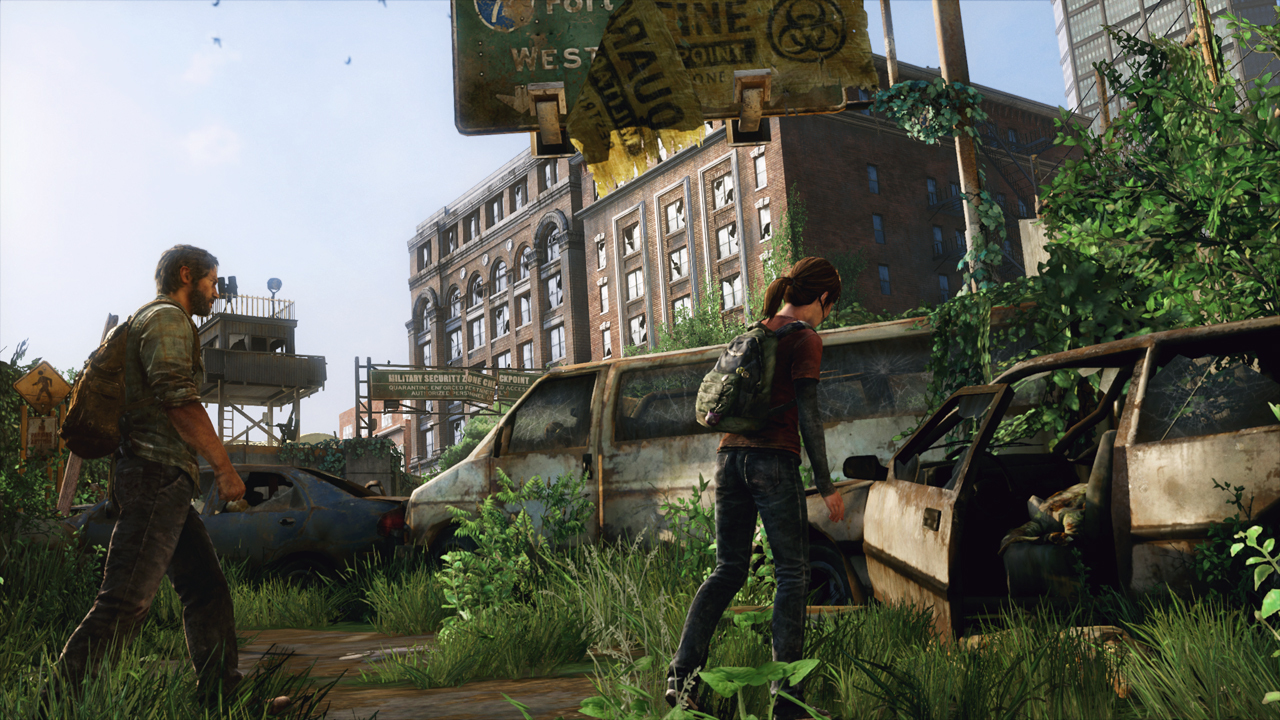 The Last of Us review update: Remastered on PS4

The Last of Us was already one of the most visually impressive games of the last generation, so the necessity of "remastering" it for next-gen hardware is arguable. The results, however, are not. The Last of Us Remastered is a lovingly curated package.

In addition to a graphically improved version of the core game that looks better, runs smoother and loads faster, Remastered contains a number of bonuses — most notably, the excellent Left Behind single-player DLC. While I would have loved an option to slot Left Behind into its place in the timeline while playing through the game, just having it included at all is a blessing.

While this is a great package for anyone who hasn't played The Last of Us yet, it also includes some nice elements for people who are already hardcore fans. A great, feature-length documentary on the making of the game is included on the disc, as is optional commentary for the cinematics, with thoughts from the game's director and lead voice actors. There's also a photo mode like the one added to Infamous: Second Son, which allows players to take some absolutely gorgeous shots of the game.

The core gameplay of The Last of Us remains untouched. All of the issues I had related to encounter design, weird AI glitches and likewise were still evident in my time with Remastered. I still didn't enjoy the gunplay this time around, but I must admit that it feels better with the DualShock 4 and a slightly tweaked control scheme.

I might not adore The Last of Us as much as the crowd that Remastered is clearly targeting, but I can't help but appreciate the enthusiasm that has gone into this edition. It reminds me of a great Director's Cut DVD of a beloved movie — a collection of everything a fan could want and a celebration of it at the same time. It's another sign that Naughty Dog understands and respects its fan base, and if nothing else, that's worth supporting.

Our review of The Last of Us

The Last of Us review: dead inside