Share All sharing options for: Austin Wintory: Larry is more romance than sex

Wintory was nominated for a Grammy for his acclaimed soundtrack to thatgamecompany's Journey, and more recently scored crime-caper puzzler Monaco. He told Polygon that he enjoyed the variety offered by Leisure Suit Larry: Reloaded, a point-and-click adventure about a middle-aged man seeking love.

"One thing that I really love about working in games is that no two games are ever alike. In this case I have been very lucky to work on games that are dramatically not alike. It's an extreme version of what I seek," he said. 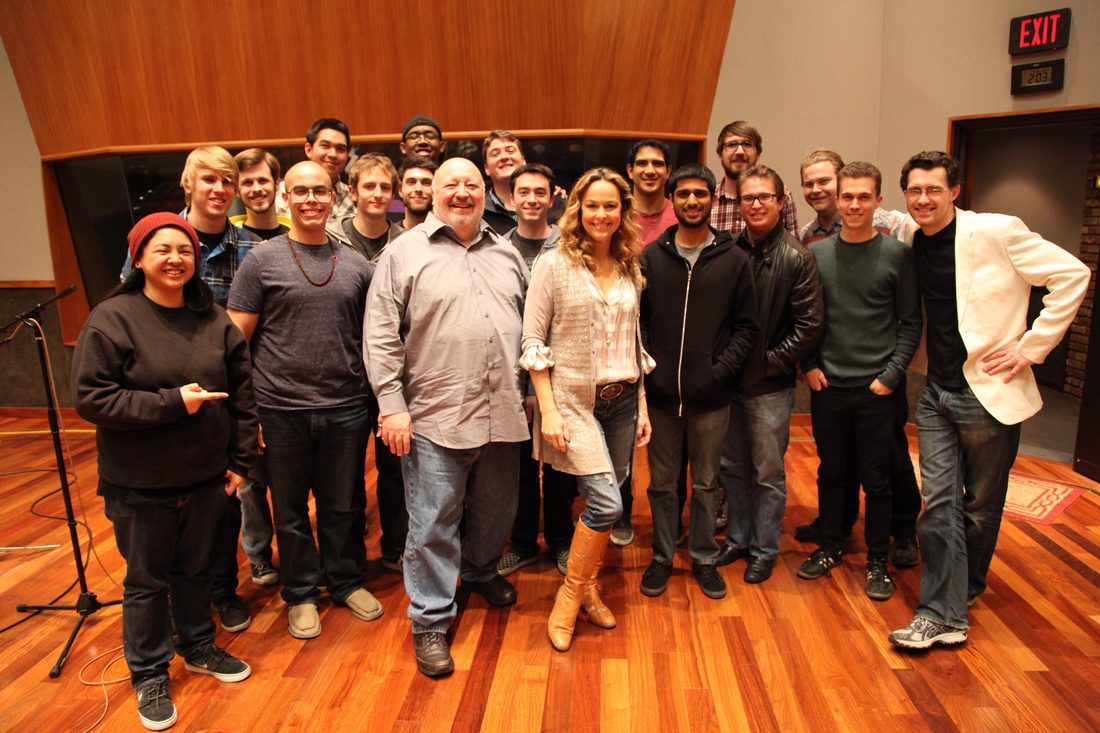 The 21-track album includes songs such as Larry's Town and Cruising The City of Lost Wages and is available to download from Wintory's Bandcamp page. All the songs are based on the theme-tune to the original 1987 hit Leisure Suit Larry in the Land of the Lounge Lizards, which was composed by the game's writer Al Lowe (pictured center, gray shirt), himself a saxophonist. The subsequent six games in the popular ‘90s series, all starring hapless loser Larry Laffer, riffed on the same theme.

Wintory (pictured far right) said, "I've always been an admirer of economical composers. Those that can get a lot of life out of very little, like Bach and in Hollywood terms, Jerry Goldsmith (Alien, L.A Confidential), who could write four notes and do an hour and a half of film scoring, full of wonderful variety and rich texture. I've always loved that."

There should be a romantic quality to this game, and not just sex jokes.

He added that there are some broad similarities with the Journey soundtrack. "This game, at its core, is very innocent, sweet and romantic. Despite the fact that its loaded with raunchy and silly on-the-nose humor, this character of Larry Laffer is like a 40-year-old virgin. He's like a little boy.

"Larry is not fulfilled by cheap sex. He's looking for companionship. That's what I wanted to write about. He's a sweet guy and there should be a romantic quality to this game, and not just sex jokes, although you can't ignore that. It has to be fun and have a witty quality."

The soundtrack was recorded live with an 18-piece big band, called The Late Night Jazz Orchestra. Leisure Suit Larry: Reloaded is set for release by Replay Games at the end of June.