Respawn's first game is Titanfall, coming to Xbox One, Xbox 360 and PC

Share All sharing options for: Respawn's first game is Titanfall, coming to Xbox One, Xbox 360 and PC

The first game from Respawn Entertainment is called Titanfall, and will be published for Xbox One, Xbox 360 and Windows PC, according to the July cover of Game Informer magazine which has been posted to NeoGAF.

NeoGAF user "Cartman86" wrote that the cover was downloaded to his tablet by Google Play, through which he subscribes to Game Informer. According to the poster, Titanfall is multiplayer-focused and makes extensive use of the cloud, and the Xbox 360 version is in development with another studio.

"After a bitter split with Activision and Call of Duty, Respawn debuts its bold vision for next-gen multiplayer," reads the magazine cover, which bears the picture of a woman shooting down at a mech.

According to "Cartman86," the article states the first-person shooter is being built on the Source engine and will launch in spring 2014. Players will become pilots controlling massive mechs called Titans, which can be piloted or programmed to follow along in battle. The game will use Microsoft's cloud services for dedicated servers, physics and AI.

Attempting to purchase the issue through Google Play now returns an error message.

In February, Respawn co-founder Vince Zampella tweeted that the studio would be at E3 2013 and had "no intention of showing up empty handed." In April, Kotaku reported the company's debut title would be an exclusive to Xbox 360 and Microsoft's then-unnamed next generation Xbox. The report called the game Titans. That same month Respawn filed a trademark for Titanfall.

Polygon has reached out to publisher Electronic Arts and will share more details we have them. Check out the full cover below.

Update: An EA representative responded to our inquiries, explaining, "There's a lot more of Titanfall to be revealed. Tune in to the EA E3 press conference on Monday June 10 at 1pm PDT for the details." 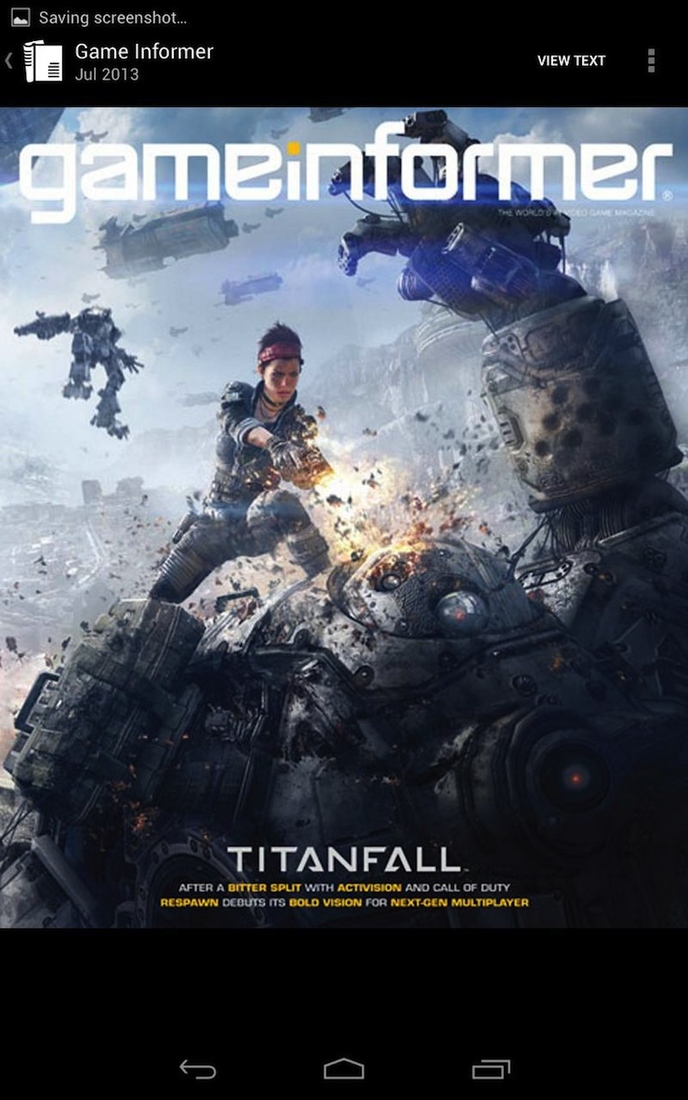